Where does the WNY National Cemetery project in Pembroke stand?

"We anticipate that November 2020 will be the first burials so we're really excited about that." 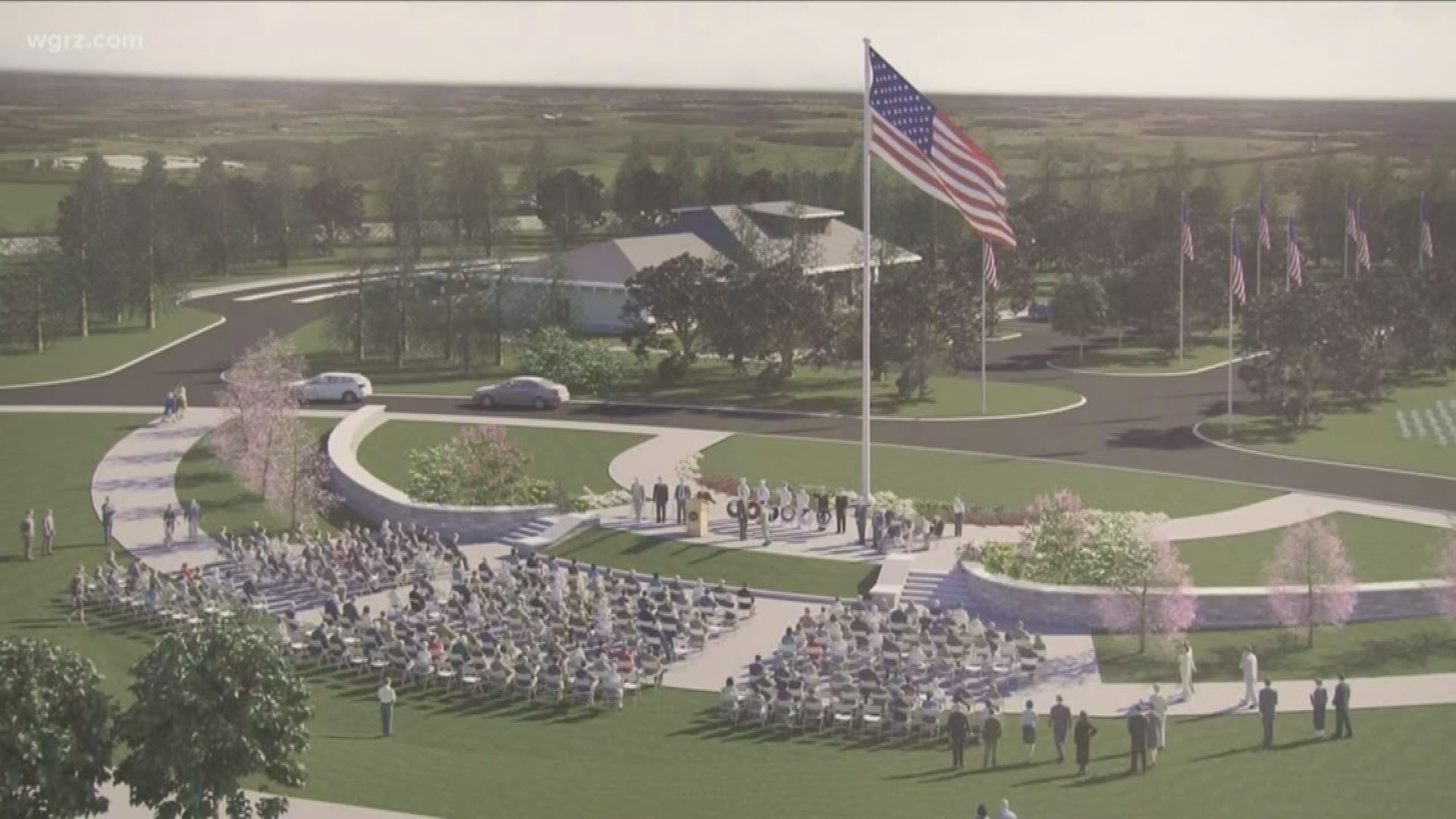 PEMBROKE, N.Y. — A crowd of more than 100 people came to a public meeting at the Pembroke Community Center on Wednesday afternoon.

At the meeting, officials with the VA planned to announce details of burial benefits at the Western New York site on Indians Falls Road in Pembroke. However, many veterans came to the meeting to voice their concerns over the timeline and management of the project.

Patrick Welch, the board chairman of the local Community Veterans Engagement Board said, "It's incompetence. It's mismanagement and the taxpayers and the veterans in this community are getting a raw deal on it."

Welch is among dozens of veterans who say they've waited long enough for the WNY National Cemetery, after first being presented plans back in 2014.

But those in charge told 2 On Your Side given the circumstances, they're making good time.

"In 2018, the proposals that came in were above the budget that we had available," said Anne Marie Sweet-Adshire, the acting director for the National Region in the office of construction and facilities management for the VA. "That's when the idea of splitting into two pieces so we had something to move forward with immediately while we waited for more funding to come which we've asked for in 2020."

Sweet-Adshire explained phase 1A will go from now until roughly 2022 and then she said immediately following that they'll do phase 1B. At that point, the cemetery would be considered complete for about ten years worth of burials.

The project still comes with a hefty price tag.

"When we originally budged the project it was $36 million," said Sweet-Adshire. "We moved forward with as much of that was we could, which is $23 million that's been awarded right now so we still have the remainder of that and then we've asked for an additional ten to complete 1B."

But Welch doubts whether or not that will be enough money to complete the project as it was originally designed.

He said, "They just continuously come up underestimating the costs of these cemeteries and then it turns around and they wind up cutting things from the original design."

While U.S. Senator for New York Kirsten Gillibrand was in Buffalo for a town hall meeting, we asked her about the concerns.

2 On Your Side's Jackie Roberts asked, "Is there enough federal funding to get this project done and is it a priority to complete this cemetery?"

"It's absolutely a priority and I will work to get federal funds to make sure we can complete the cemetery," Gillibrand said. "It's really important for our service members and for their families to know that in their veteran status they will have rights, protection and support."

While a completed cemetery is still several years ahead, officials told 2 On Your Side they are making progress.

"We anticipate that November 2020 will be the first burials so we're really excited about that. That's what we're headed for and we think we're on track," Sweet-Adshire said.