What's going on with Wardman Road in Kenmore?

Neighbors who are unhappy with the road reconstruction project plan to voice their concerns at a Village Board Meeting on September 17. 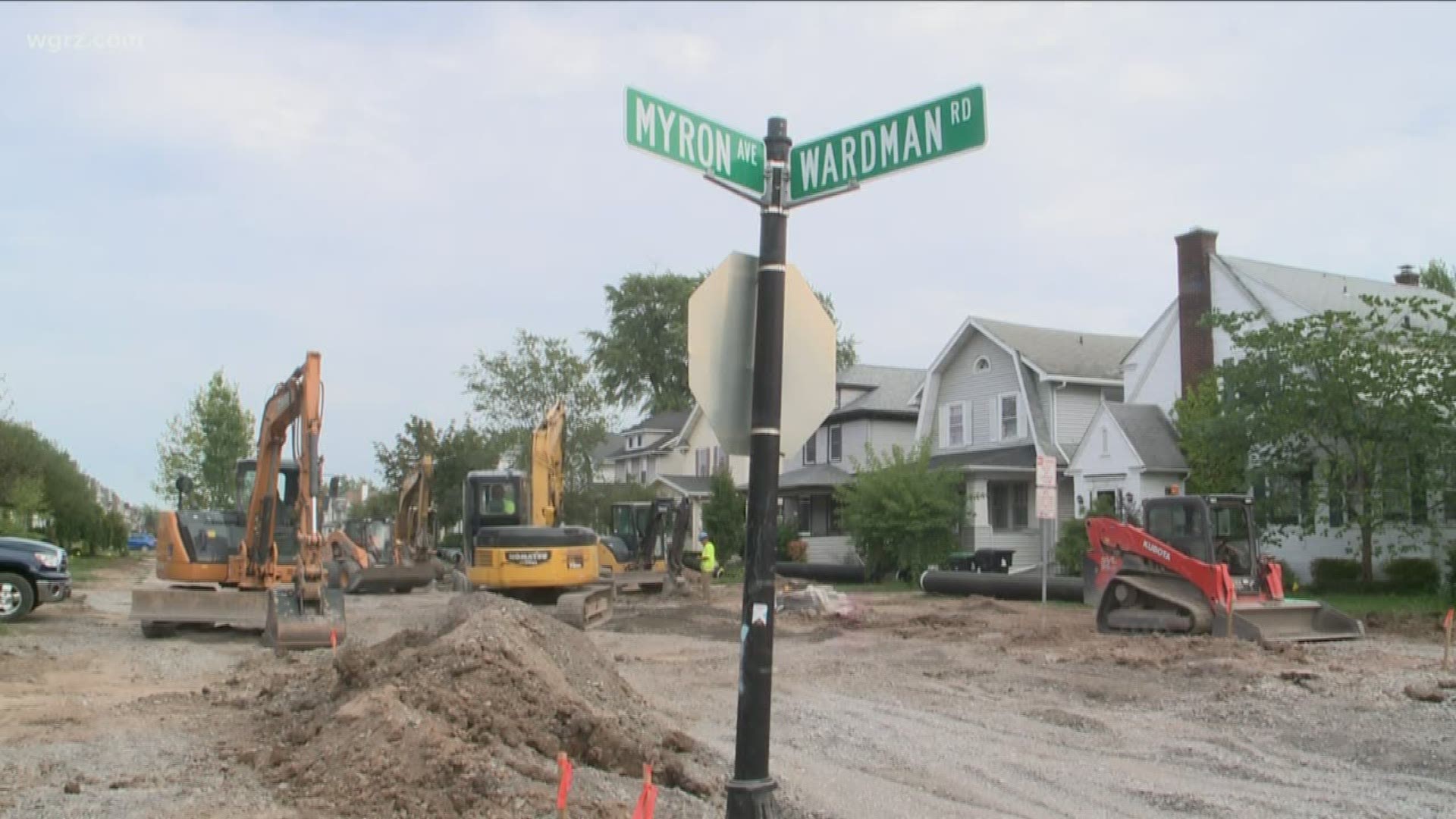 KENMORE, N.Y. — Since May, Wardman Road in Kenmore has been undergoing a total reconstruction project. Once the work is completed, the road will have new storm, water and sewer lines, replaced curbs and sidewalks and a newly paved street.

While people who live on the street were aware of the construction, some told us they didn't realize it would be so involved.

"We kind of joke around, the neighbors, and say that it's like Armageddon. That's what it feels like," said Samara Hutcheson, who lives on Wardman Road.

Heather Gardnar, who also lives on the street, added, "I had no idea it was going to be this big of a mess."

DJM Contracting, Inc. is contracted to do the work. The owner, Daniel Munich, said there will be inconveniences to residents with a project of this magnitude.

"It's a tough process, road reconstruction, because there's a mess before there's a beauty and that's where we're at right now," Munich explained.

But some neighbors say its gotten out of hand. In a Facebook post, Samara Hutcheson listed inconveniences ranging from blocked driveways, to flooding and unsafe sidewalks.

The post also stated, "There is a great concern for students traveling back to school and walking to bus stops, as well as our elderly and disabled neighbors who cannot walk on these uneven walkways and roads who have been stuck in their homes during the project."

Those frustrated with the construction, plan to voice their concerns at a Village of Kenmore Board Meeting on September 17 at 8 p.m.

Hutcheson said, "I really love my community. I love everything that Kenmore has to offer but something needs to be done to keep the residents on Wardman safe for the rest of this project."

People who live on the street said they're happy the work is being done and they look forward to the finished product, but they told us it's the lack of communication that has them demanding answers.

"I think the village's job should be to communicate what's going on because the construction workers are here to work and to get the job done and the village should be letting us know and keeping us posted," Gardnar said, "Like, 'your street lights will be coming. Before Halloween, you'll have street lights.' 'No, you're not gonna have street lights.' Are we going to have driveways? I'm not sure. Will there be sidewalks? I have no idea."

Munich told 2 on Your Side they are about 75 percent done with the project, and the hardest part is almost over. In the meantime, he said his crews are doing their best to accommodate.

"When the kids come on the school bus in the morning, my guys walk them," He said, "My guys are always there to assist the mothers if they need it."

The concrete flatwork is expected to begin in the next few weeks and Munich said they are on schedule to finish before winter.

We spoke to the on-street project inspector, Tom Meyer, over the phone who complimented DJM Contracting's work so far. Meyer said the appearance of the road right now is very typical for a project of this scale. However, he believes it will be well worth it in the end.

We reached out to the mayor and village clerk to talk to them about the residents' concerns. They have not yet responded to our request.

RELATED: Why is the East Eden Road Bridge still closed in Hamburg?