Update: NYC book with ties to Buffalo, one step closer to finding its way home

Buffalo native David Shire, an Academy Award and two-time Grammy winner, songwriter and composer, confirmed to 2 On Your Side the book belonged to him. 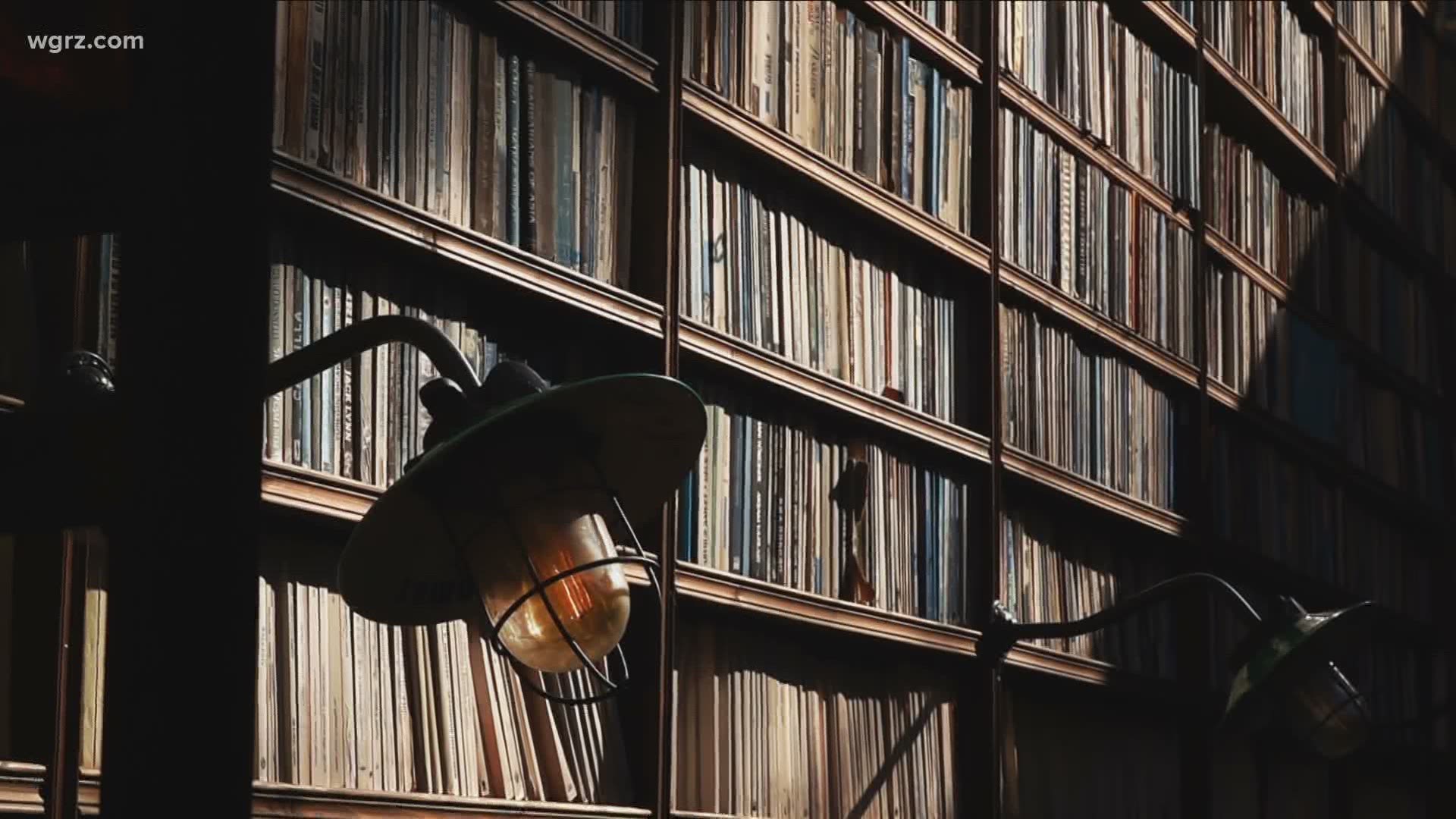 BUFFALO, N.Y. — Our unlikely story begins in New York City, where Michelle Mullen found a copy of a book with ties to Buffalo while cleaning her downstate home.

Mullen explained to 2 On Your Side on Wednesday, "I was kind of collecting a bunch of books in a box to donate and the book itself is falling apart a little bit. It felt old and it was called The Jewish Caravan, Great Stories of 25 Centuries."

Mullen said when she opened the book, she found a handwritten note on one of the front pages.

The note read, "Presented to David Shire for Excellence In Scholarship during the first year of the Temple Beth Zion High School. Buffalo, New York. May 16th 1953."

Mullen said she has no ties to this area but still wanted to do what she could to get the book to the family it belongs to.

"I felt such a closeness to its meaning that I knew that something had to be done," said Mullen.

Mullen, who is Jewish, told 2 On Your Side the book's message resonated with her.

She explained, "This book told stories of Jewish perseverance and strength."

On Wednesday, 2 On Your Side's Jackie Roberts reached out to Rabbi Jonathan Freirich at Temple Beth Zion for more information about the book.

Freirich said, "I did some research and I could not find him in our records. Temple Beth Zion had a fire in 1961 that led to the destruction of a whole host of our stuff, including the destruction of the main building on Delaware Avenue."

Of course, many of us already know the name David Shire.

After all, David Shire, the famous songwriter and composer, is from Buffalo.

Late Wednesday night, we got in contact with one of Shire's distant family members who still lives in the area. She helped us connect with one of his close friends.

On Thursday, we spoke to Shire directly about the book and Mullen's efforts.

After seeing the inscription, he confirmed the book belonged to him.

The Academy Award and two-time Grammy winner told 2 on Your Side he smiled when he learned of Michelle's desire to return his book.

"Tell her I will write to her immediately. Tell her I would love to have the book if she can part with it," said Shire during an interview on Friday.

Mullen believes at some point her family must've picked up the copy at a used bookstore, which is in line with what Shire assumed as well.

He shared some of his memories from Temple Beth Zion.

"It really was one of the main social gathering places," Shire explained. He added, "I remember my father blowing shofar on the high holidays. I remember him playing piano there occasionally. I remember going to services almost weekly for a period when I was in grade school."

Although he hasn't lived in Buffalo in decades, he said he's gotten to see the city's transformation during visits over the years.

"I've been back there and done a few concerts through the years with the Buffalo Philharmonic, and when I won the Academy Award, there was a lot of publicity in Buffalo ... I still think of Buffalo very fondly," said Shire.

We asked Shire of all his accomplishments, what is he most proud of.

His initial response was, "My family. My wife. My two kids. I have two grandchildren, only recently."

Shire added, "What I loved was getting the honorary doctorate from the University at Buffalo. It's the only one I've ever gotten and I was very proud of that."

"I'm just happy to have musicals to write still and I only hope that theaters come back so that they'll be a place to put them," said Shire.

We passed along Mullen's contact information and David said he's already reached out.