Amherst Police said YouTube video was a fake depiction of an attempt to track a sexual predator in the Northtowns. 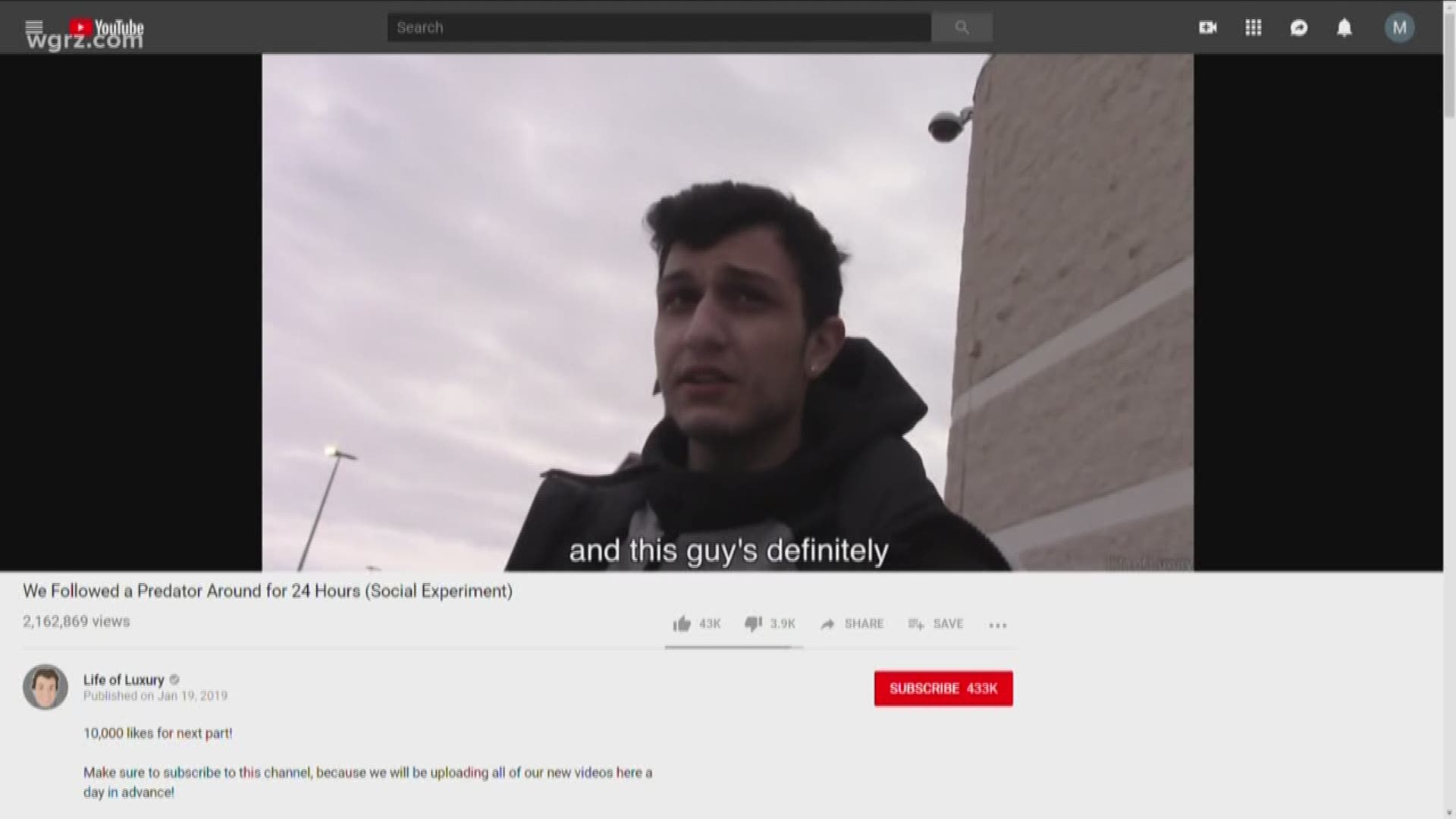 BUFFALO, N.Y. — A fake video showing efforts to trail a supposed sexual offender generated plenty of concern and views here in western New York. Earlier Tuesday, 2 On Your Side exposed it by working with local police.

And it may be a classic case of viral misinformation.

The video was a viral success story for its creator with more than 2 million views. But Amherst police tell us that it is a fake depiction of an attempt to track a sexual predator in the Northtowns.

The distinct locations but also blurred images add to the drama with a confrontation of the alleged subject, who is also faking it.

That is no surprise to Dr. Monica Stephens, a University at Buffalo geography professor who studies social media and tracks patterns in such hoaxes and urban legends.

Stephens points out the elements of such a video, "something dire and dramatic happening at some place that seems very familiar like a big box retailer. The particular suburb or geographic location changes and these hoaxes reoccur and come back over and over again."

We learned the video publisher is 21-year-old Parker Hajiaskari of Hamburg.

2 On Your Side tried to reach out to him but didn't hear back.

Police say he apologized for alarming the community and said the post was just for "entertainment."

Many people kept clicking on it before it was removed, which again is not surprising.

"I think a lot of people sometimes mistake quantity of times it's shared and popularity with validity."

Stephens says they have another power as well.

"That way that YouTube is cracking down on this along with Facebook and Twitter is by removing that monetization and that incentive by removing the ads that are associated with that," Stephens said.

And her suggestion to help determine real versus fake?

"Check Snopes.com for some of the familiar details ... human trafficking, pedophilia rings ... Snopes captures these especially once they have gone viral," she said.