A day filled with pinball playing, beer and charity was held Saturday at Community Beer Works 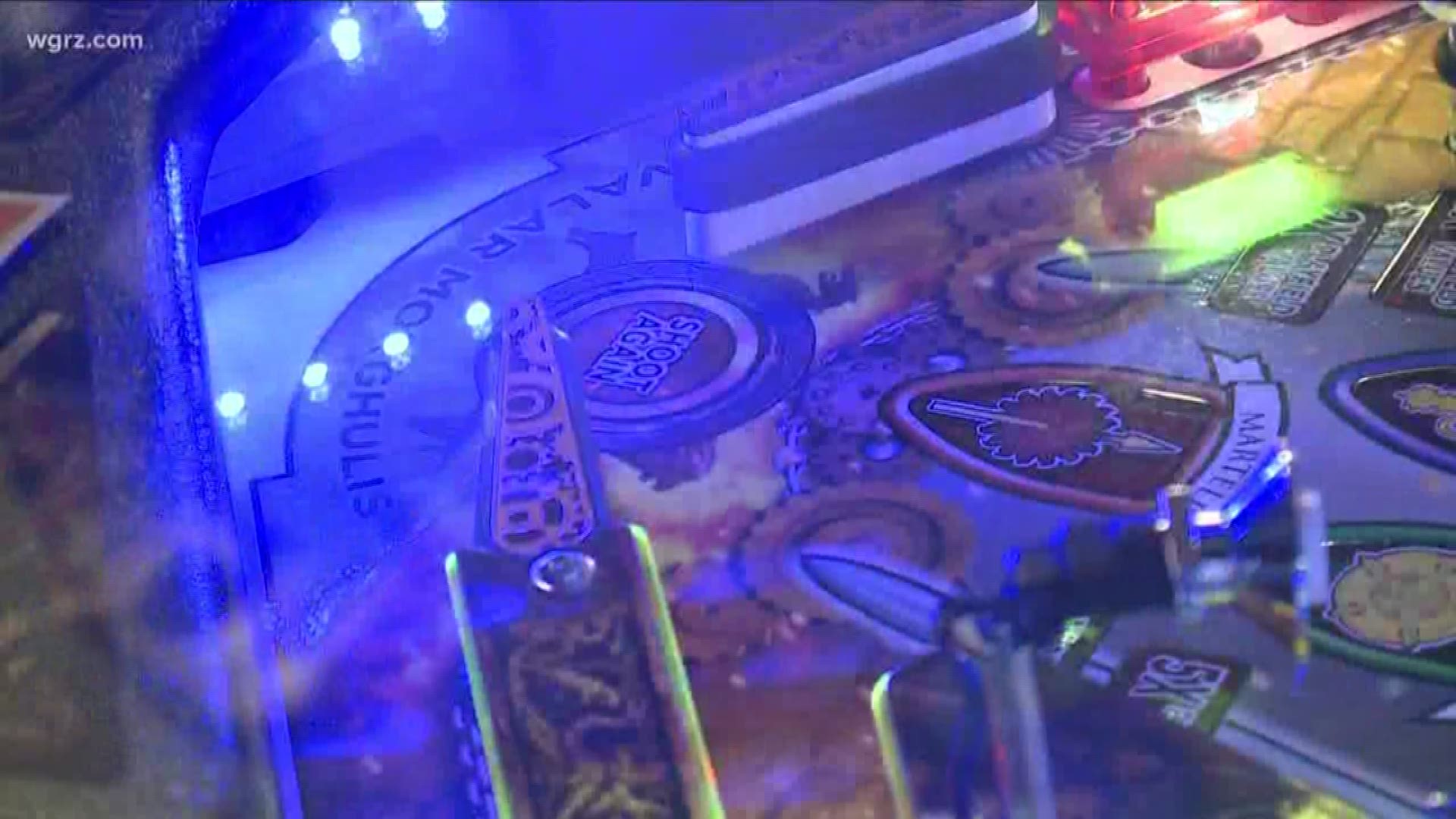 BUFFALO, N.Y. — Buffalo Pinball, along with Community Beer Works, hosted pinball players from around the region to compete in a tournament Saturday, while raising money for PUSH Buffalo.

Players from all skill levels competed all day Saturday, from pinball aficionados, to casual players and everyone in between.

Buffalo Pinball also had an array of classic and themed-machines for players to try their hand at, including Iron Maiden, Game of Thrones, The Soprano's and more.

Buffalo Pinball's president, Nick Lane explained that events like this mean a lot to him. "I'm very passionate about pinball. I try to do at least a couple charity tournaments a year, so, when you can have fun and do good at the same time, it doesn't get any better than that."

The goal of PUSH Buffalo is to strengthen neighborhoods with affordable housing, expand hiring opportunities, and advance economic justice here in Buffalo.

When we asked Buffalo Pinball why this charity was chosen, Vice President Kevin Manne said they wanted to help out the West Side of Buffalo, where their partner, Community Beer Works is located.

"They wanted to lift up this neighborhood and do good things for their neighbors," Manne said.