Samuel Herbert put the petition into circulation last January, online and in person. 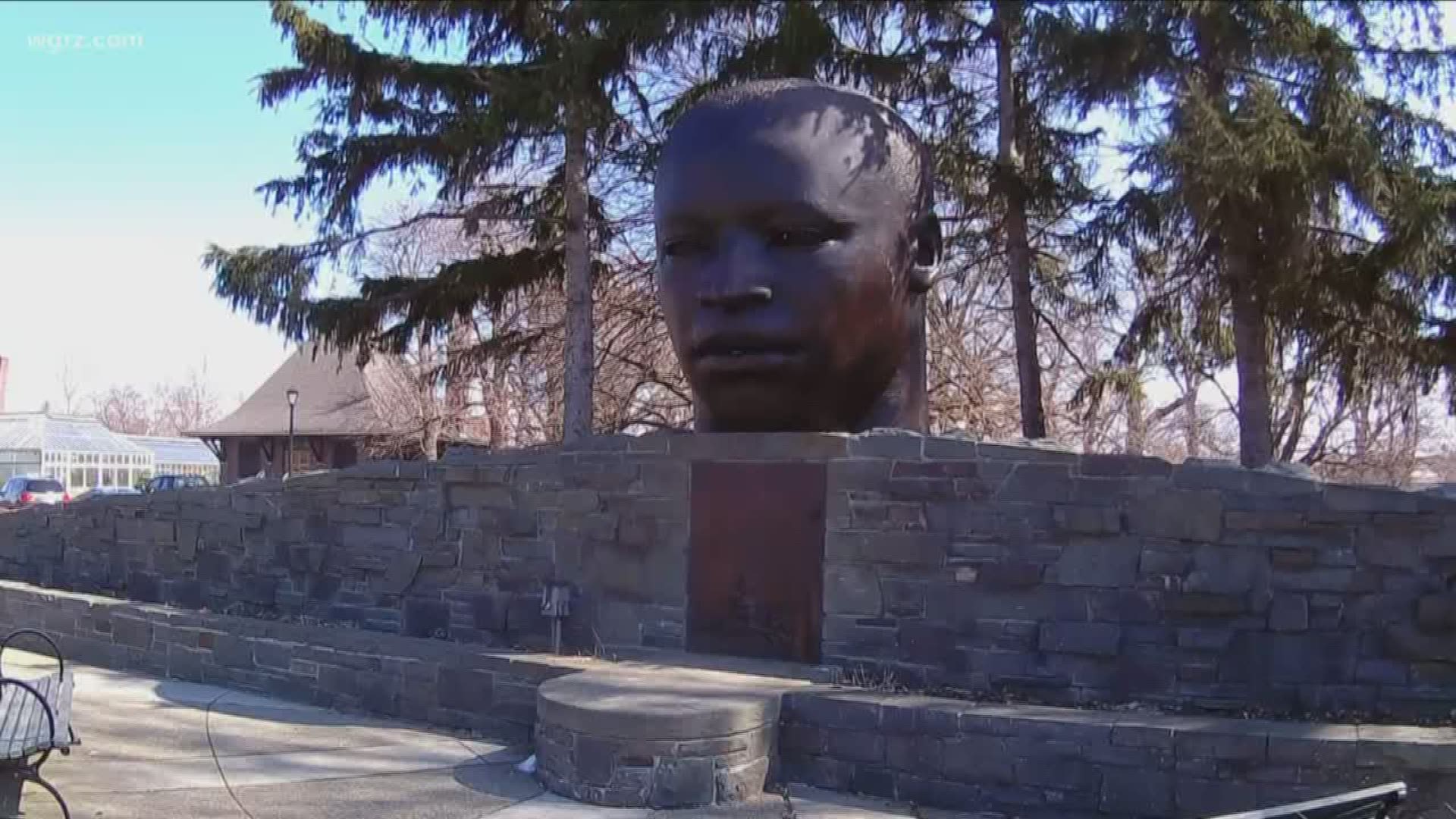 BUFFALO, N.Y. — Back in January, we told you about a petition to replace the statue at Martin Luther King, Jr. Park. It has stood in Buffalo for more than 30 years and community leaders have said in the past it was never intended to look like Martin Luther King, Jr. Still, the bust has been the center over some controversy in recent years.

On Saturday, Samuel Herbert with the Coalition to Save MLK Park announced his petition to replace the statue with one that more closely resembles Dr. King. Herbert says the petition has more than 14,000 signatures.

Herbert launched the petition last January, with an original goal of getting 10,000 signatures. He told 2 On Your Side he plans to take his petition to the city clerk's office on Monday with hopes of getting it in front of the mayor and city council.

Herbert, and those who signed the petition, want to melt down the current statue and recycle the material to rebuild a new one. Herbert said Sunday marks phase two of the effort. In that phase, they'll figure out how much the project would cost and he says they would start the fundraising process.

"It's gonna become very aggressive starting this week because we are shooting for the summer of 2020 -- the Juneteenth Saturday weekend for the next unveiling of our new statue that's gonna look just like Reverend Martin Luther King Jr," Herbert said.

When the petition was first launched, 2 On Your Side reporters spoke to a spokesperson with the Buffalo Art Commission and former Buffalo Councilman Cliff Bell who was on the committee that hired the original sculptor. Both said the bust was never intended to resemble Martin Luther King, Jr. and that it should not be taken down.

In a January 2018 interview with Claudine Ewing, Bell explained, "What troubled me was that there was no research or homework done on this obviously. Find out what was the rationale for the head in the first place. It was to represent a strong black man. We agreed on it, we had it erected. Now if there are people who want it to look exactly like King, which I'm sure some people did, well that wasn't the decision of the committee at the time."