The 'Weed Wacker Mob' has already mowed 21 properties and could be visiting an overgrown lot near you. 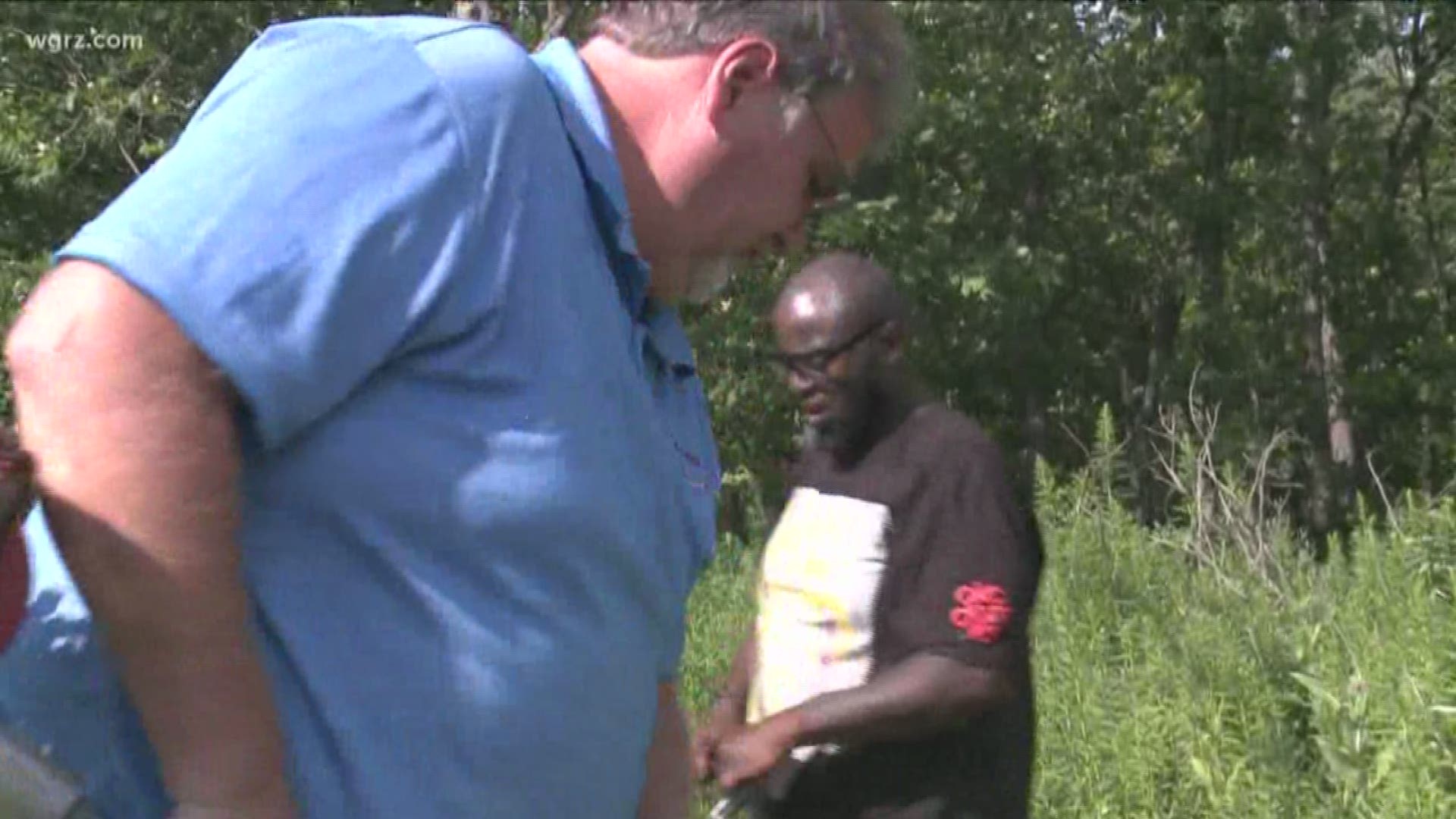 NIAGARA FALLS, N.Y. — If you look down many streets in Niagara Falls, it's evident the city has an issue with overgrown properties.

"Oh if I was guessing it'd be in the hundreds, it might be bigger than that" said Niagara Falls City Councilman Kenny Tompkins.

It reached a point where Tompkins was tired of the complaints and wanted to do something about it.

"I saw a lot of posts on Facebook on stuff like that of people complaining about overgrown houses, overgrown lots, abandoned properties and such forth," he said. "I reached out to some friends and said hey what if we put together you've heard of clean mobs and flash mobs why don't we do a weed wacker mob."

The first Weed Wacker Mob was three weeks ago. The group of about fifteen volunteers of all ages cleared out eight lots in one night.

That evening ignited a fire to clean up properties throughout the city. The volunteers have already mowed 21 properties.

"Right now our DPW, their staff has been cut, they are overwhelmed so if we can make a difference and help out in the neighborhood and make some neighbors happy and stuff like that, why not do it" said Tompkins.

However, it's who's pushing a mower next to him that has caught some attention.

Donta Myles is a volunteer and a Niagara City Council candidate running for Tompkins' seat.

"We can do it better, when we do it together and here we are" said Myles.

The two have taken on the project together to better the City of Niagara Falls, 'in the spirit of neighbors helping neighbors.'

"It's a lot of work but when it's all said and done it's so worth it" said Tompkins.

"Those guys are great, God bless them for what they're doing because if it wasn't for them the city ya know, like I said would look like a jungle" said neighbor Mark Graff.