The town supervisor says parents of children with autism have been asking for the signs for more than a year. 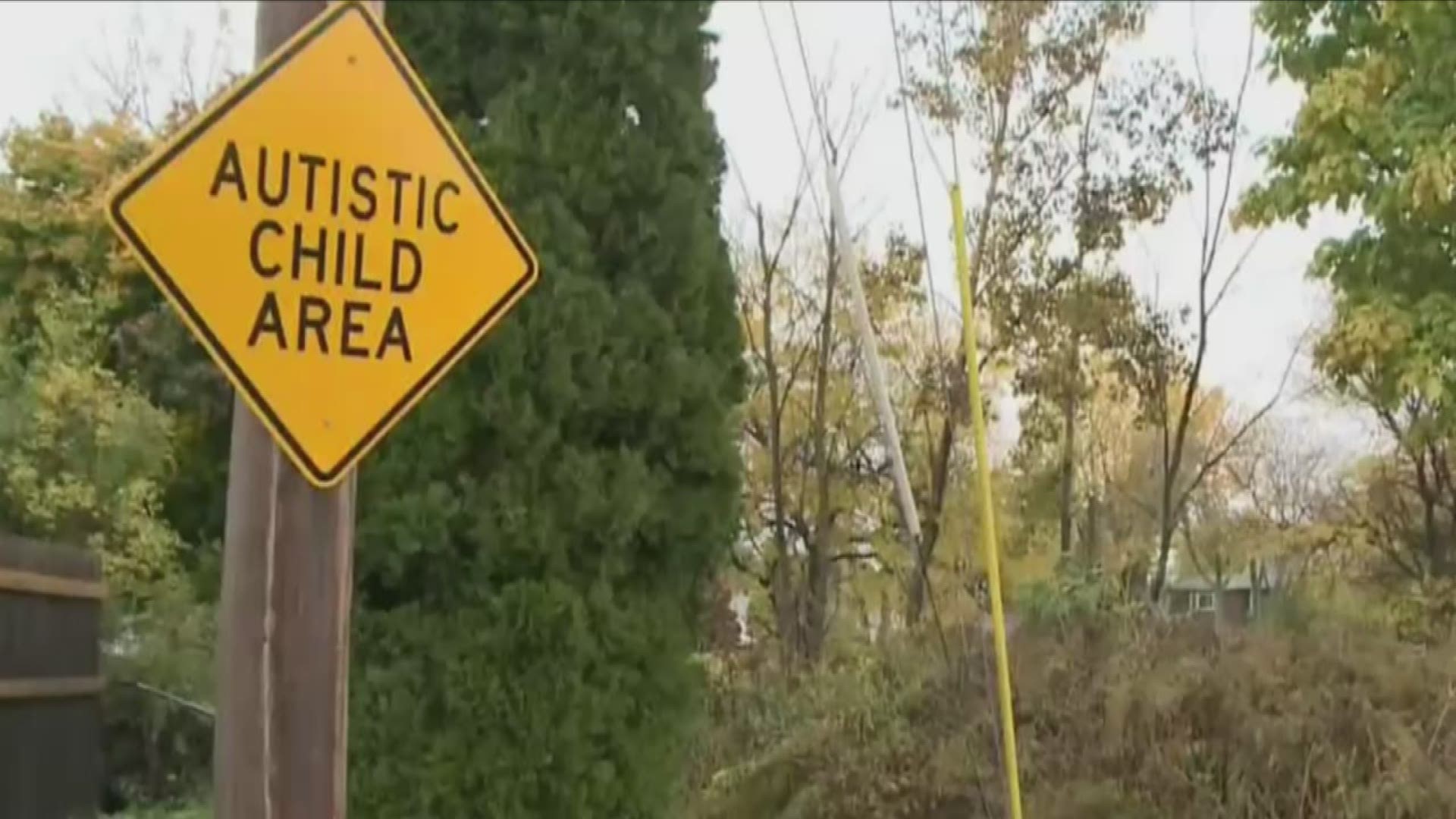 HAMBURG, New York — We're used to seeing traffic signs pretty much everywhere we go. But soon new signs will be popping up in the Town of Hamburg.

The Hamburg Town Board passed a resolution in a 4-1 vote that would allow traffic signs to warn drivers about an autistic child living in a particular neighborhood.

Shaw said several parents of children with autism have been asking for these signs for more than a year.

"The whole idea is to notify drivers that a special circumstance exists and that the child might, in fact, for any reason bolt from a yard and into the street. So you've gotta act with particular caution," Shaw said.

However, Hamburg is now only the fourth town out of nearly 30 in Erie County to allow the signs.

Shaw believes other communities are holding out because the signs technically aren't permitted by the New York Department of Transportation.

He told 2 on Your Side, "A lot of towns have said, 'Well, we can't run afoul of the rules and regulations of the State of New York.' We took the position in Hamburg that it's more important to deal with the needs of the people that live here and respect the anxiety that parents have."

Parents interested would need to fill out an application and provide a statement from a doctor, confirming the child does have autism and also proof of where they live.

Once approved, parents have to re-up every year until the child turns 18.

Shaw said so far the feedback has been positive.

"Most people in the community want to do whatever we can to protect the lives of the folks who live here," Shaw said.