Neighbors in Allentown got together on Sunday as part of a monthly effort to clean up neighborhoods and build a sense of community. 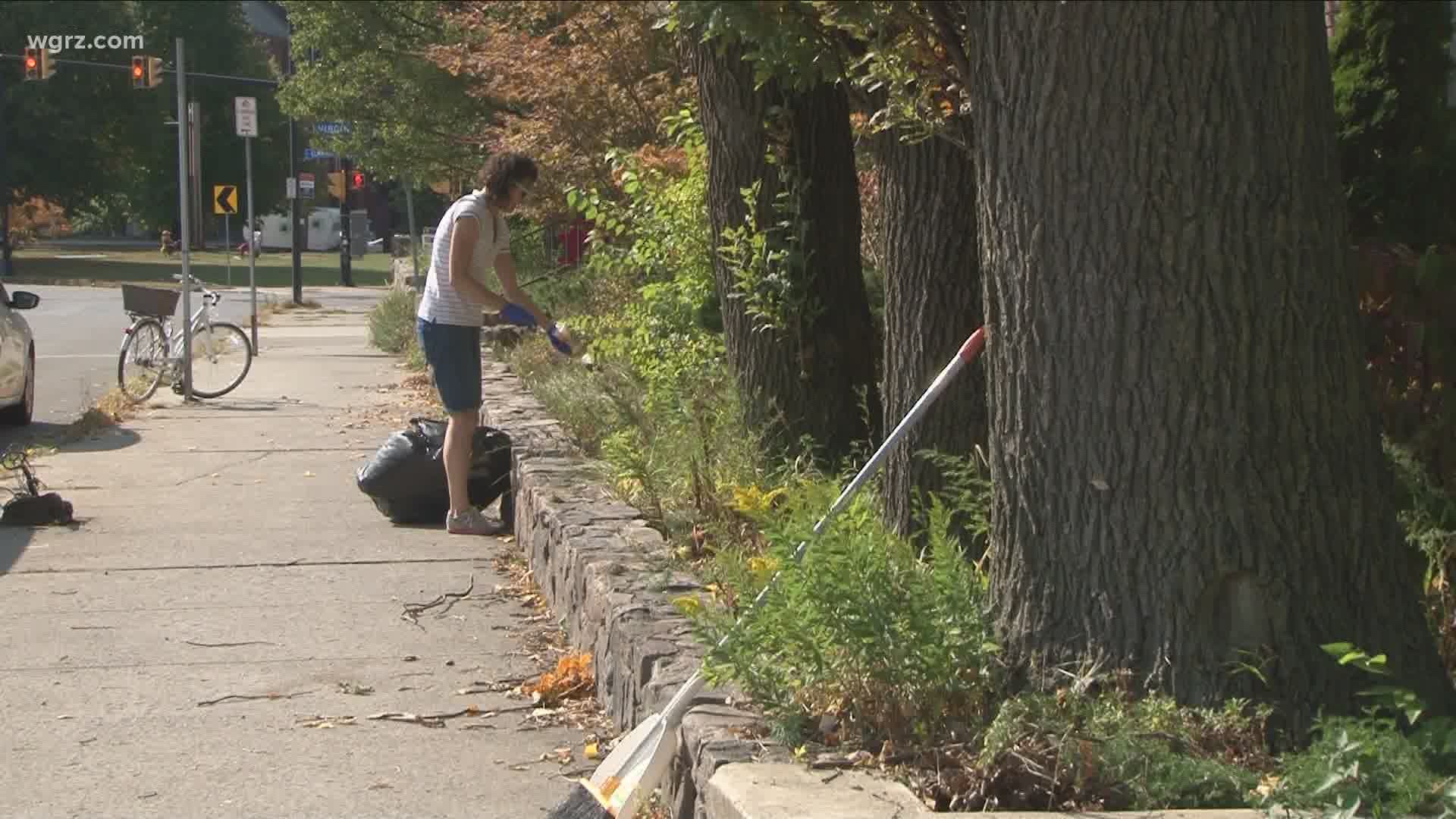 BUFFALO, N.Y. — You've probably heard of a flash mob, but what about a trash mob?

On Sunday, neighbors in Allentown hosted another clean up near the corner of Allen and Wadsworth.

These have been ongoing since the protests on Grant Street this summer, but they change neighborhoods each month. Organizers say the goal is to beautify the neighborhoods, educate and build a sense of community.

While picking up trash, volunteers also collect data, which organizers say will be used to inform infrastructural decisions.

The trash mobs happen on the last Sunday of every month, and each one is hosted by a different organization.

1 / 21
WGRZ/Tommy Gallagher
Mickey Harmon and Ari Moore completed an Albright-Knox mural, Stonewall Nation, that celebrates the LGBTQ+ community in 2020. It's at 44 Allen Street.