More than 80 students, parents and staff delivered meals to the Buffalo's West Side. 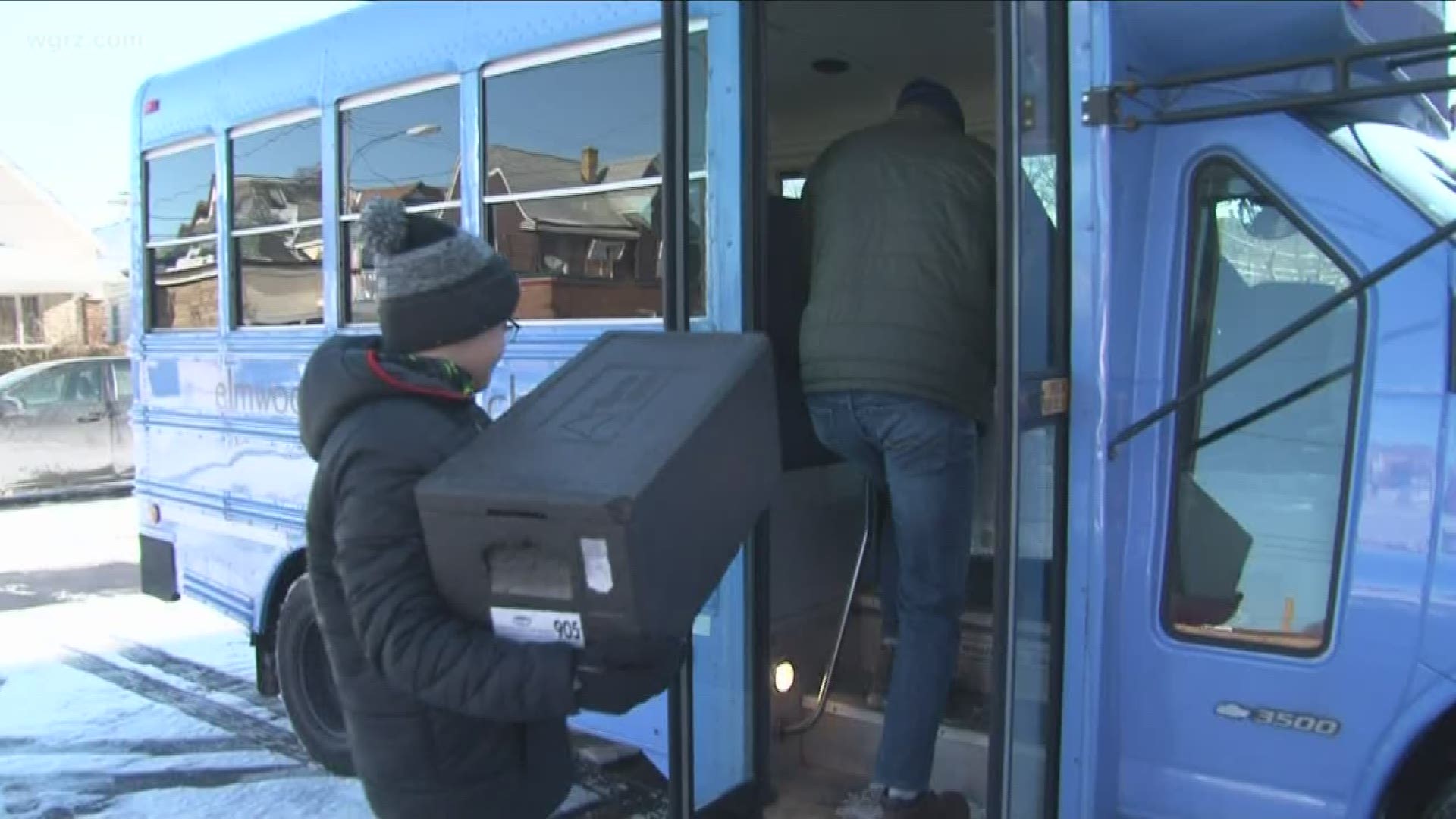 BUFFALO, N.Y. — Last year students, parents and staff from Elmwood Franklin weren't able to give back on MLK day because there was too much snow, but they say thankfully that isn't the case this year.

More than 80 of them spent Martin Luther King Jr. Day giving back to the elderly and disabled in our area. It's part of FeedMore Western New York's MLK Day of Service.

They packed six buses with about a dozen meals each. Volunteers then dropped off one hot and one cold meal at each person's home on the city's west side.

Andrew Deyell, head of school at Elmwood Franklin, says they started participating a few years back because it's what they believe MLK would have really wanted.

"We thought a better way to honor him," Deyell said. "And his messages are universal messages, the same kind of messages we're trying to give to our children, same as our mission. We're trying to help children understand that to whom much is given, much is expected."

"I think he would be proud that others will be nice to other people, like him, and give back and show that we appreciate him," said Francesca Michael-Saffire, a student volunteer.

This is the first year Michael-Saffire and her mom Nicole Michael are volunteering.

Michael says typically she takes her kids skiing in Ellicottville over the holiday weekend, but thought this year it was time to show her kids how much giving back can make a difference.

Her daughter adds she was very excited to see everyone's smiles when they got their meals.