Route 93 between Buffalo Street and Church Street in the Village of Akron will be closed from Monday, July 15 to Thursday, July 25 for the filming of the movie. 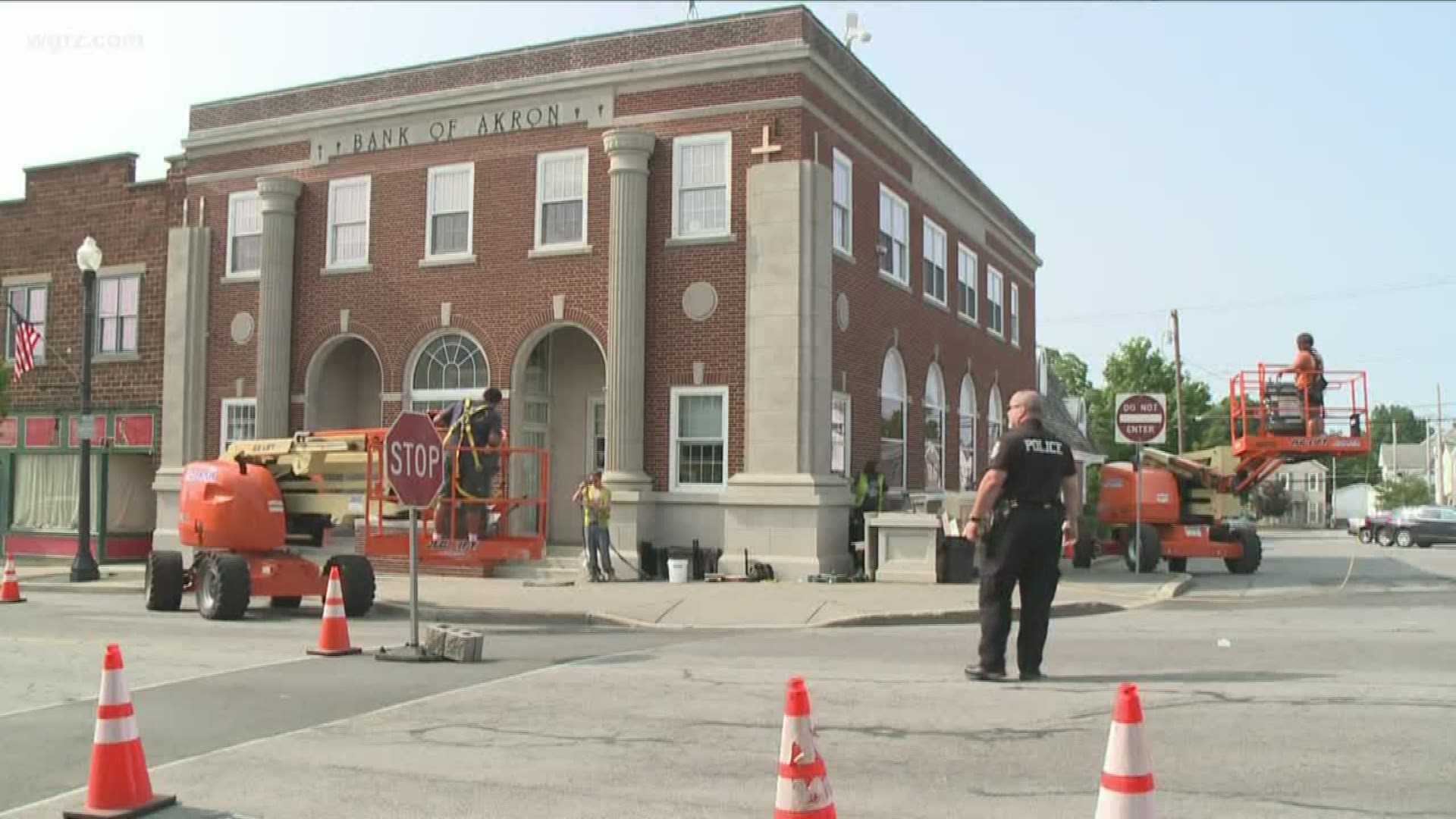 If you haven't been to the Village of Akron recently, you might not recognize it. It's all part of the transformation getting ready for "A Quiet Place 2."

There's a fresh coat of paint on Murray's Bar and a new sign at the local Radio Shack.

The only catch is, neither actually exist in the Village of Akron. Driving down Main Street, you'll notice the same goes for many of the storefronts.

You can't miss the new columns along the roadway or the updated facade of the bank.

This facelift, however, is temporary.

It will remain up during the filming of "A Quiet Place 2."

During that time, a section of Main Street will be closed.

Some of the businesses like Akron Optical are also closing, but the owner Gina Sarow told 2 on Your Side her customers will understand it's a once in a lifetime experience for the community.

"This is crazy. It's wild. It's fun. Main Street has never been busier," said Sarow.

Akron Pharmacy is staying open and the owner Charles George said the movie makers have been good neighbors so far. He told us he's been reassured the partnership will be good for Akron in the long run.

George explained, "What will happen is after they're done and gone, people will still come out to the area to look around to see where it was filmed, go into the stores and stuff like that. So it will still continue to bring people to the area."

Lifelong Akron resident Jason Dieterle added, "I think it's fantastic. It's really good for the community and just seeing how busy the streets are and stuff in the early morning. Everybody's taking pictures and everybody's extremely excited."