Drea d'Nur sings from her soul

A Buffalo singer with an appeal that touches the soul. 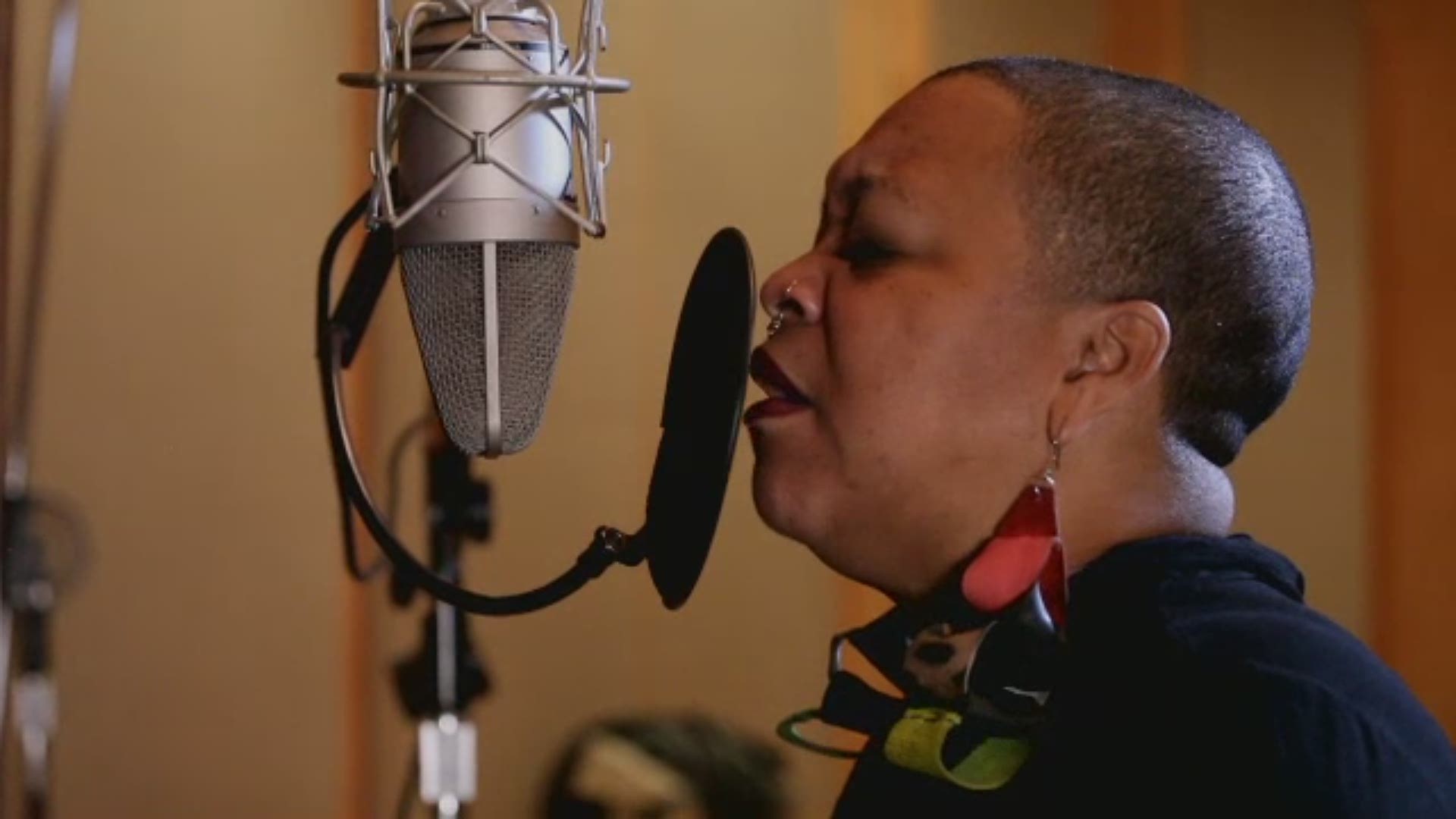 BUFFALO, N.Y. — When Drea d'Nur sings, you can't help but listen to her unique voice belt out lyrics from her soul.

The 38-year-old mother of five has quite a story of how her gift took shape.

"I didn't start playing the piano until I was 14 years old," d'Nur said. "My pastor's wife came to me in church one Sunday and said God wanted her to play for me because he was going to give me the gift to be able to play the piano that day."

She says she started sounding good at age 11.

"My mother was really gracious, so she let me howl in my room until I figured it out," d'Nur said.

It's when she wrote her first song, "How I Made it Through the Storm."

"I had some challenges as a child and music really served as an anchor for me through everything I experienced," d'Nur said. "Because of what I experienced as a child and not really getting therapy or you know getting any tools to work through it, I felt like at some point I became suicidal and depression really set in."

She admits music saved her life.

"If I did not have the gift of music, the gift of sound I would not be here," d'Nur said during an interview with Channel 2's Claudine Ewing at GCR Studio in Buffalo.

Her song "I'm Sorry" tells a story. While her genre is soul, she would prefer her own genre of digital blues.

"I love electronic sounds, I love vibraphone sounds," she said. "I like underwater sounds and so if there's a way to sonically fuse the electronic sound and then fuse that with authentic instruments like a piano, fender roll or organ and couple that with the pain in my voice to me it's like a digital blues."

Drea d'Nur has made the music of icon Nina Simone part of her work.

"Nina Simone has a way of making the words come to life and she embodies everything that she sings and she kind of kind of becomes the song and it just really really stuck with me," d'Nur said.

In 2017, d'Nur did a huge show at Kleinhans Music Hall "The Spirit of Nina" based on Nina Simone's 1964 performance on the same stage.

Music has meaning and what d'Nur sings is not lacking in that regard.

"Having the spirit of resilience that our people have and also just the love of community, the love for black people," she said. "Nina did everything she did because she loved black people so much. I want to build community through arts like Nina Simone did, she used her art to speak out against oppression."

Outside of music, d'Nur started a not-for-profit called Feed Buffalo. It is Western New York's first organic halal food pantry and a food access center to educate communities on healthy living, healthy eating and how to prepare healthy food.