Monique Pridgen is a wife, mother and singer. Her music reflects issues of the day, and love. 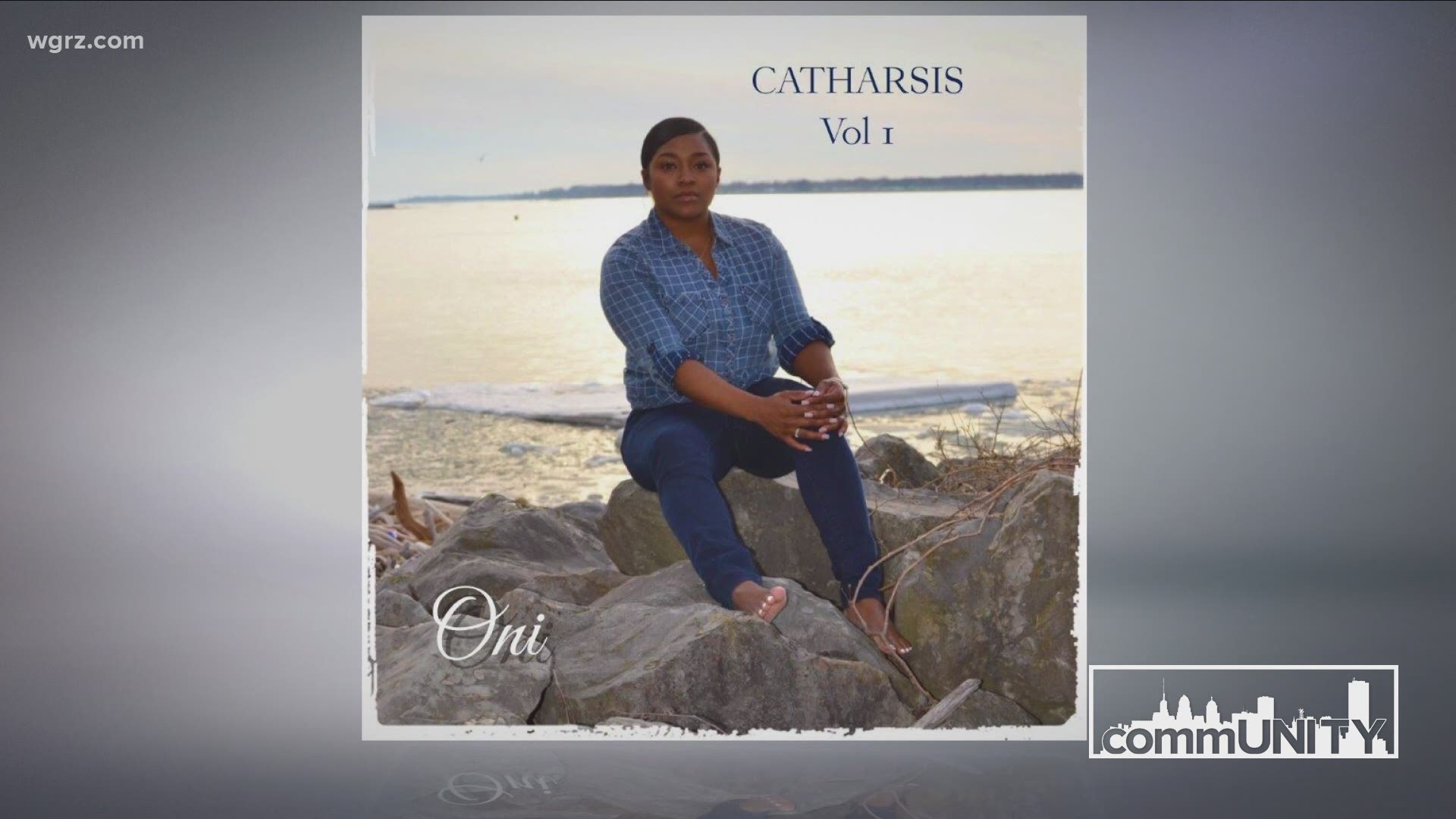 BUFFALO, N.Y. — Her last name is popular in Buffalo, but when it comes to music, Monique Pridgen is simply Oni.

The Buffalo native is a a singer with a voice that resonates and tells a story.

"I started singing when I was six-years-old in my church choir. I was only listening and singing gospel music until recently," she said in an interview for commUNITY with Claudine Ewing of WGRZ-TV.

The first song she ever recorded was for her wedding. It was called Destiny. She said her husband "had no idea," and when they did their first dance, she let him know. "I kind of whispered like, 'That's me singing.' He was like, 'What? Oh my goodness.' "

The song is on iTunes and SoundCloud.

Oni is the wife of Bishop Darius Pridgen of True Bethel Baptist Church, and he also serves as president of the Buffalo Common Council.

"I joke and say, 'You know, Darius is definitely more of the Martin Luther (King), and I have a little bit of Malcolm (X) tendencies," she said, laughing.

In 2020, after the death of George Floyd, she was moved to write a song titled "We Will Breathe," and the lyrics are clear and direct. This is a verse from the song "tears in our eyes, fists in the air, screaming loud as we can, you gonna hear 'no justice no peace.' "

"The lyrics to that song was a lot of my frustration, but being in my generation, I'm in between my grandmother's generation who is more quiet, more careful and in between the generation after me who is very, very loud."

"As a mother of two brown boys I had all of these emotions that I didn't know what to say, didn't know what to do and I sat in my husband's office and I started crying and I said I'm so, I don't know. He said write about it, write a song about it and I came back an hour later with a song."

Her music project is called Catharsis.

"It means to express yourself through art, particularly music. And when I write or sing, I feel so much better. And I've heard people say to me, when they heard me sing or they listened to my music, that I made them feel better, or that my song helped them to heal, and that's my goal."