It's expected the plans for the South Aud Block at Canalside will be unveiled at Monday morning's board meeting for the Erie Canal Harbor Development Corporation. 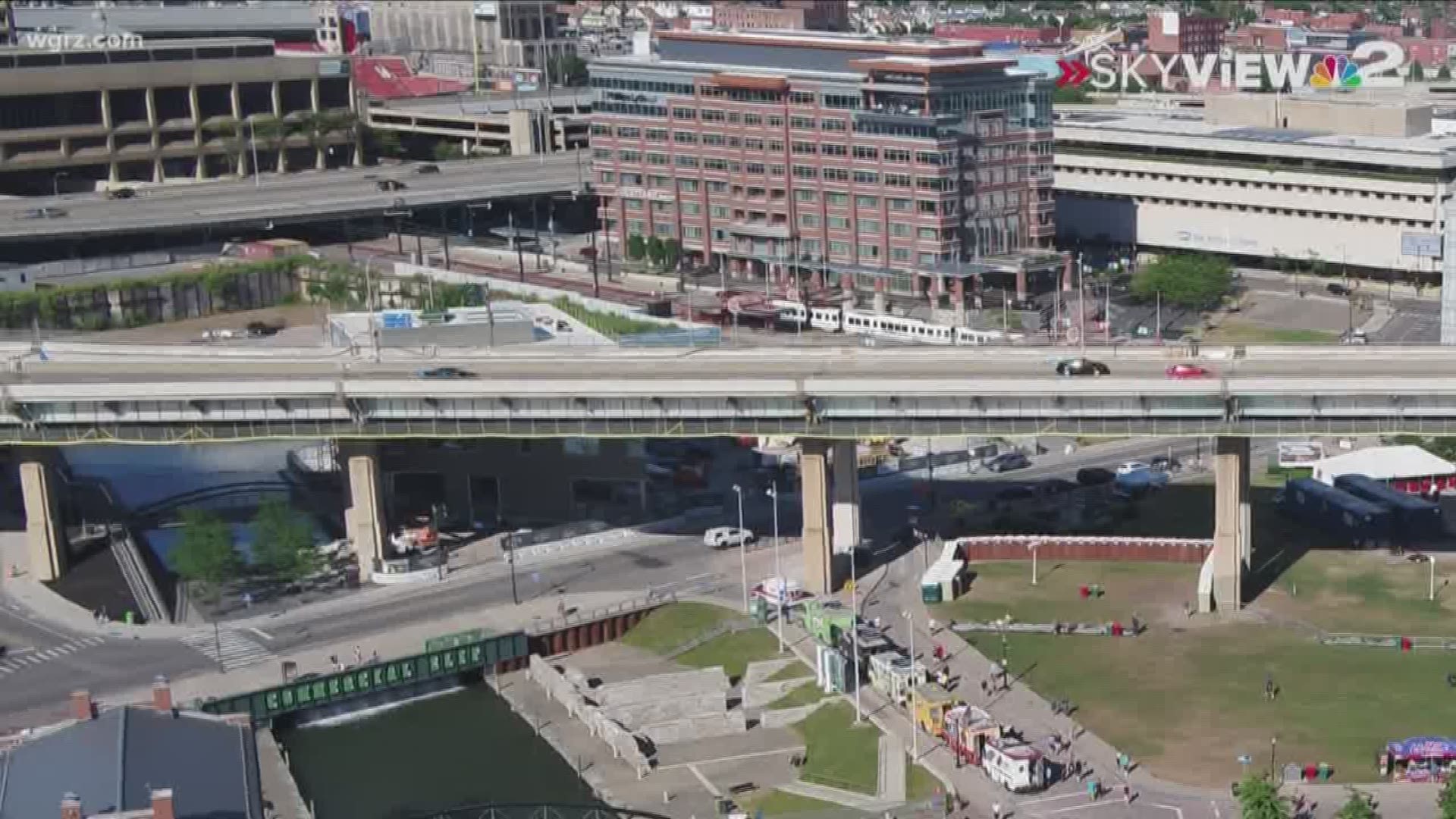 BUFFALO, N.Y. — The future of Canalside will take a big step forward Monday morning, when it's expected the Erie Canal Harbor Development Corporation (ECHDC) will name the developer and reveal plans for the 'South Aud Block.'

The project consists of two parcels of land south of the canals, between the Children's Museum and Main Street.

ECHDC declined to release any information ahead of the meeting, but a source previously told 2 On Your Side the plans would be unveiled at this board meeting.

In its Request for Proposals (RFP), the state said it wanted the parcels to be used for mixed-use space, including ground-level retail and upper floor apartments with balconies.

"We're talking to a developer right now about what that might be," Tom Dee, retired former president of ECHDC previously told 2 On Your Side. "We think of this as, you know, creating a neighborhood where we have 24/7 type activity."