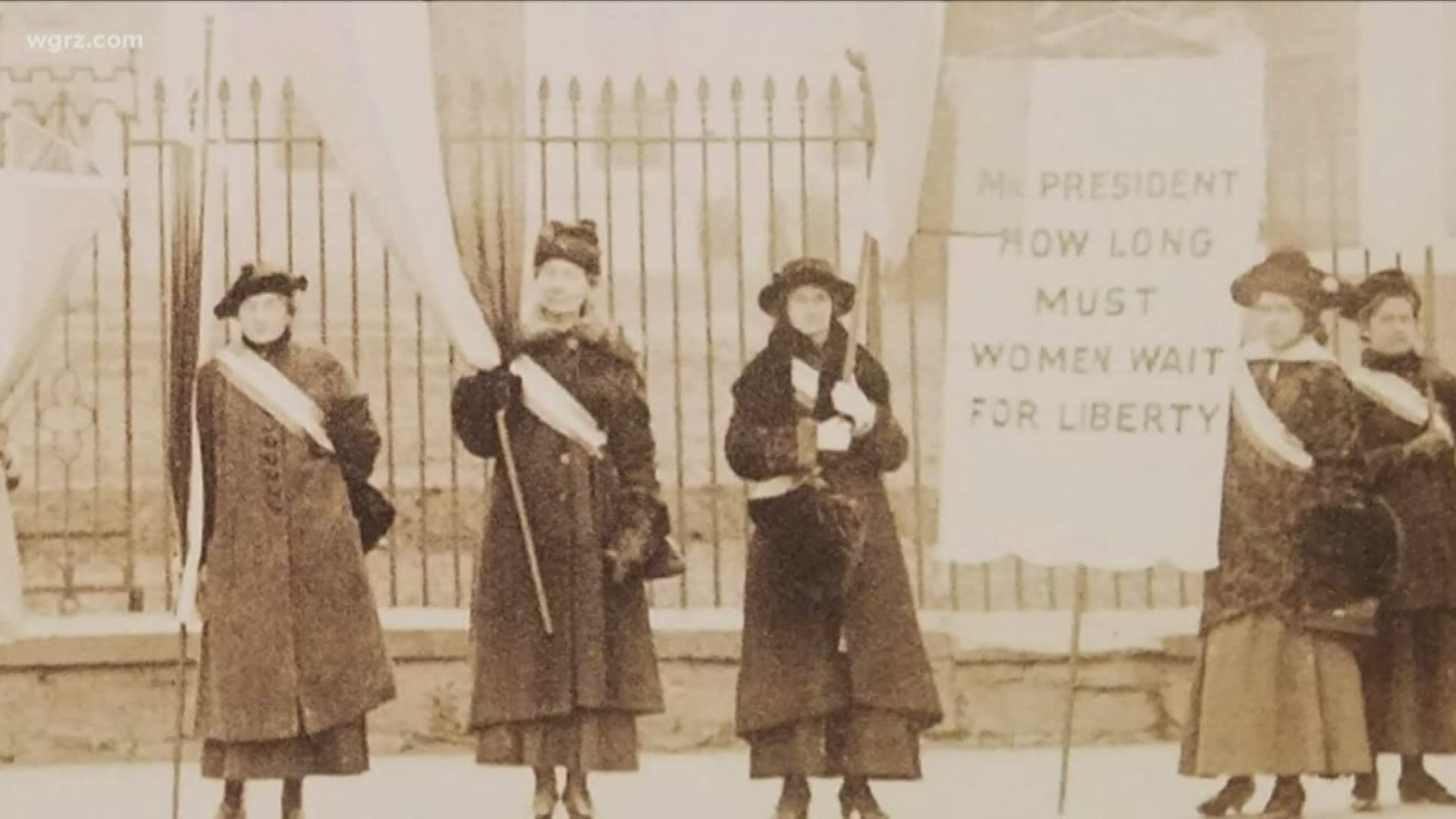 BUFFALO, N.Y. — Three years before the right to vote was finally secured for women, a group of Buffalonians took their passion right to the president's front door.

Anthony Greco, Director of Exhibits & Interpretive Planning at the Buffalo History Museum said "prior to 1917, picketing in front of the White House was just not done."

The Buffalo Six, as they were called, was part of a much larger group of about 500, that decided to push the women's suffrage movement into high gear. They are also part of an exhibit at the museum called Emblem of Equality: Woman Suffrage in Western New York.

"So these women were very much standing up against the law, putting their lives on hold to stand up for this important movement."  Greco said.

They marched on the White House, many times, knowing that their civil disobedience would likely land them behind bars.

"These were average women, nurses, teachers, who went down to Washington, despite knowing they could be arrested. And they were arrested, in some cases time and time again, to make a point to the entire country that the women's movement was that important."

And the federal government punished them severely, hoping to use them as an example, and more importantly, a deterrent for others who might want to express themselves in the same way. The women were part of a months-long picketing efforts to protest President Woodrow Wilson's unwillingness to support women's suffrage. They were locked up in the Occoquan Workhouse where conditions were terrible. Rats and maggots ruled the cells, and even behind bars, the women continued to protest. They even went on hunger strikes, being force-fed by the guards. But rather than acting as a deterrent, Greco said, it had the opposite impact.

"Women's roles, because of these protests, because of WW I, it ended up changing the perception of women's importance in the electorate to the entire country, and importantly to Woodrow Wilson. "

President Wilson eventually changed his views on the suffrage movement and in August, 1920, the 19th Amendment was adopted giving women the right to vote. Greco said the history museum hopes this exhibit will continue to remind people of the sacrifice and suffering that went in to grant us the rights that many take for granted today.

"It's incredibly important to show how small acts can contribute to a much larger cause."

RELATED: The little-known WNY connection to the Miracle on Ice