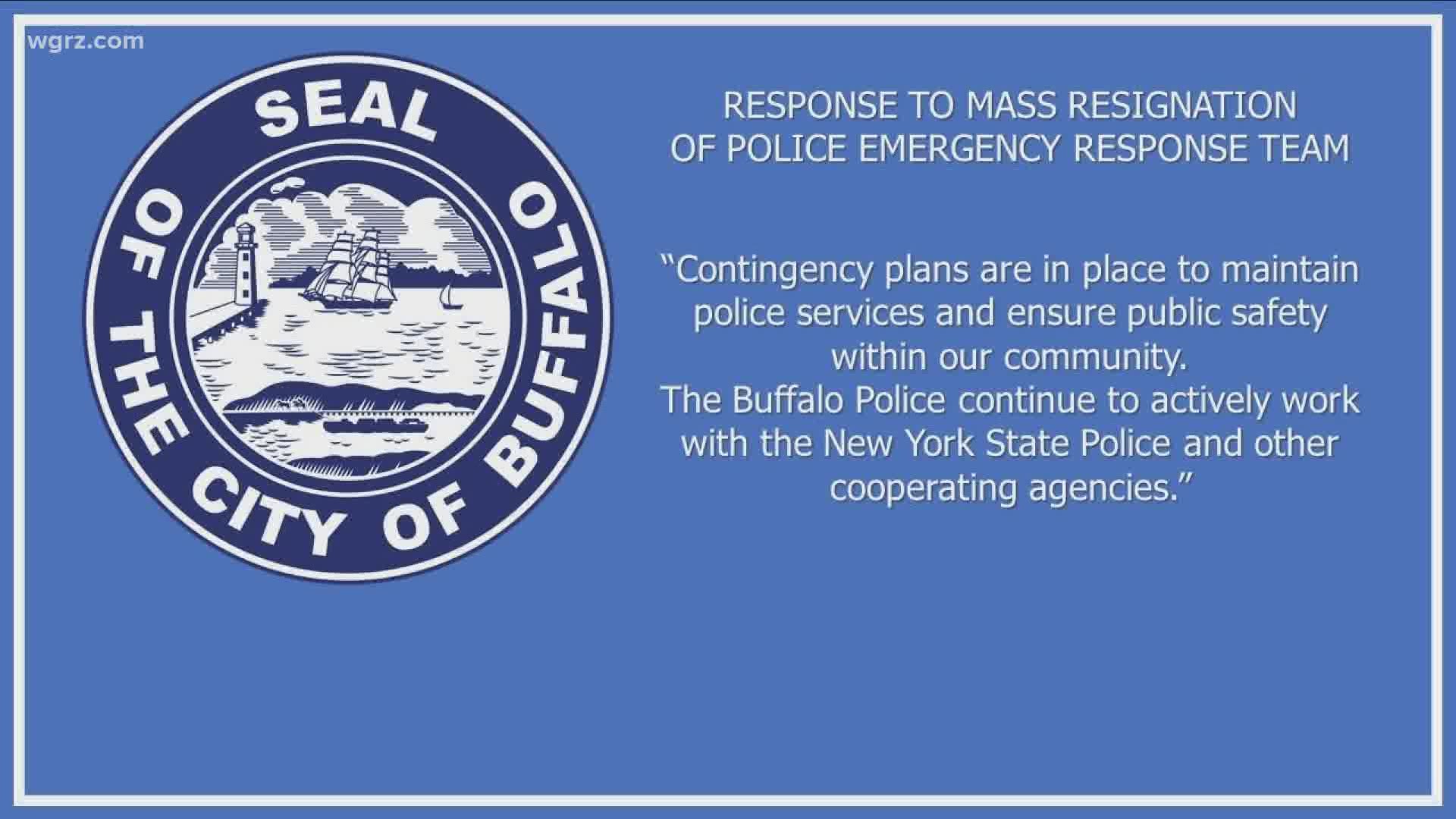 The announcement comes one day after two members were suspended without pay when a video surfaced, showing them pushing over a 75-year-old protestor, causing injury.

“Fifty-seven resigned in disgust because of the treatment of two of their members, who were simply executing orders,” said John Evans, PBA president.

The special response unit was formed in 2016 and is deployed to manage mass protests or riots.

The City of Buffalo is aware of developments related to the work assignments of certain members of the Buffalo police force.  At this time, we can confirm that contingency plans are in place to maintain police services and ensure public safety within our community. The Buffalo police continue  to actively work with the New York State Police and other cooperating agencies.

A New York State Police spokesperson in Albany confirms additional troopers have been called in to help with any situations in Buffalo or WNY.  Members of the specially trained Mobile Field Unit are included or already here. 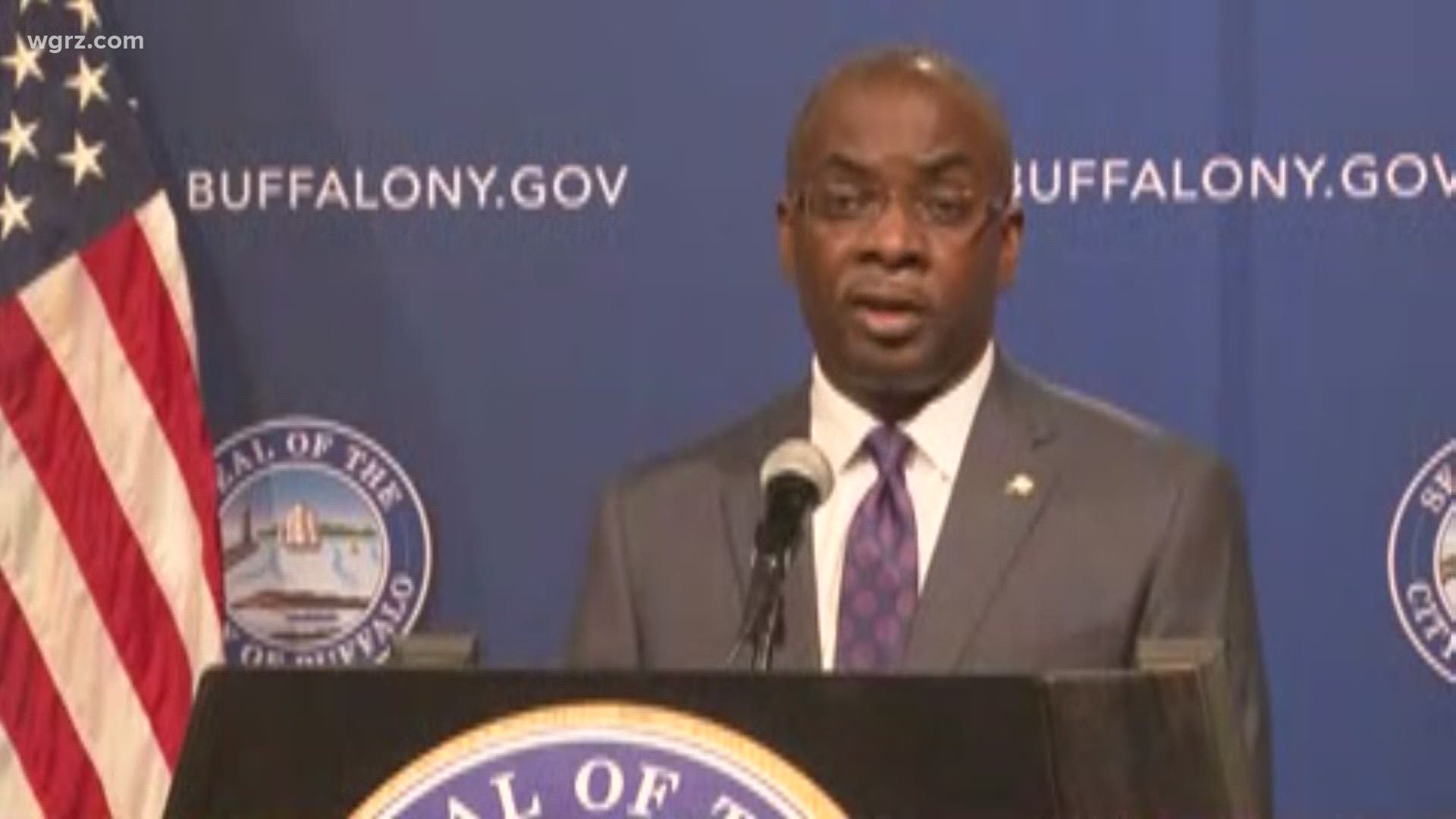