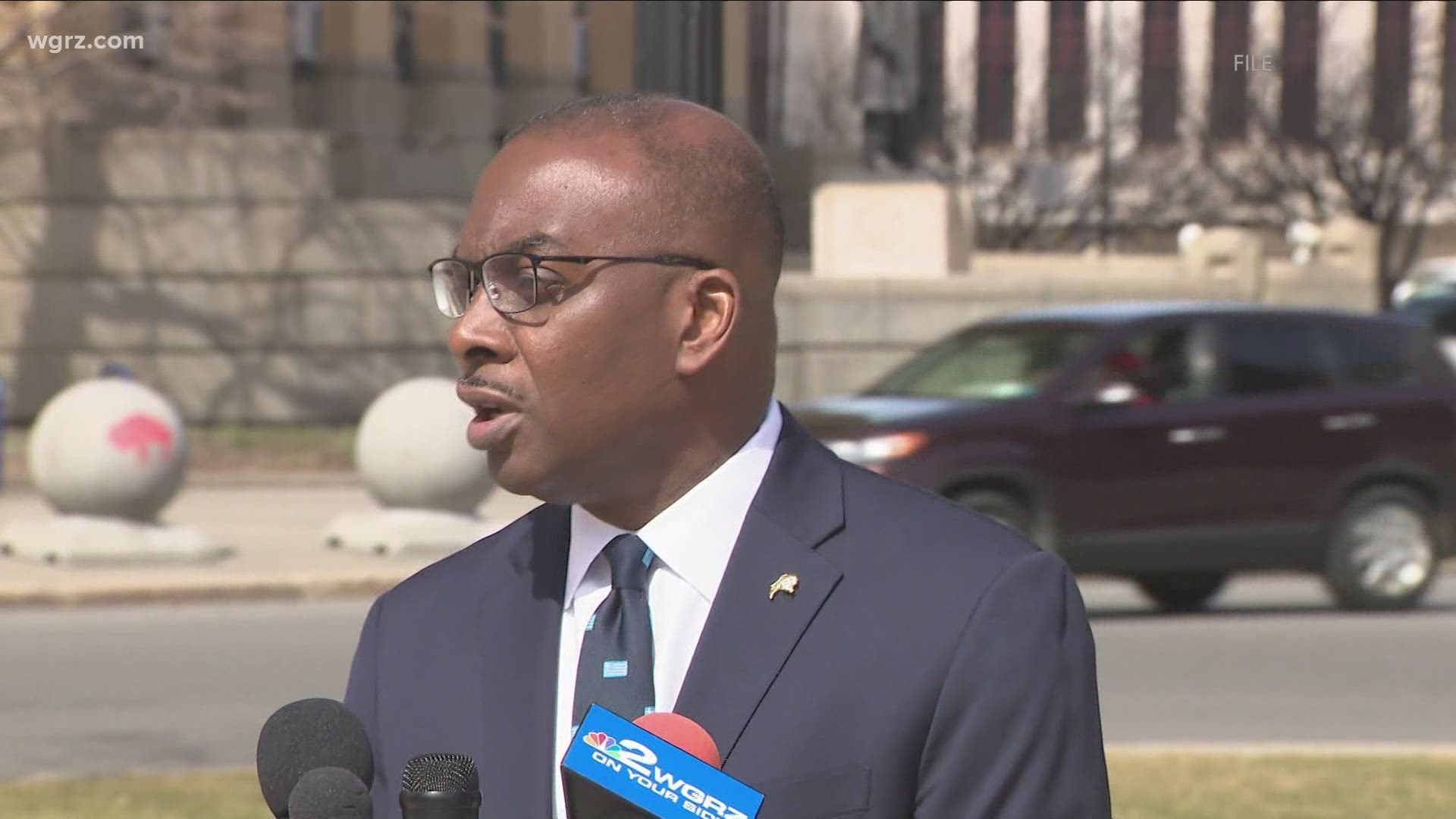 BUFFALO, N.Y. — Current Buffalo mayor Byron Brown sat down for an interview with 2 On Your Side investigative reporter Steve Brown on Thursday.

The conversation centered on the four-term mayor's plans to win a difficult write-in campaign against Democratic primary winner India Walton.

BYRON BROWN: We’ve made investments east, west, north and south in this city, and now with this campaign and what’s happening, it will be realized, not only in this community but across this county.

STEVE BROWN: You mentioned on Monday you’ve been contacted by thousands that encouraged you. Do you get any contacts that said, hey, maybe you should just let this go?

BYRON BROWN: We did. We did get some of those contacts as well, but very few, miniscule in relation to the thousands of people that said, "Do this." "This is for the future of of the city." "We want you to fight for the city." And "You are the only one at this time who can win this election and move our city forward."

STEVE BROWN: Are you afraid this is going to be divisive, not unifying, but actually dividing the city into camps?

BYRON BROWN: I don’t think it will be divisive. I didn’t run a divisive campaign in the primary. I didn’t say anything negative about my opponent.

STEVE BROWN: Also on Monday, on four occasions you described India Walton as a radical socialist. You also mentioned the word "fear" or "fearful" four times. Are you trying to make people afraid of her?

STEVE BROWN: It’s not like the city couldn’t use the money. Raising taxes brings in more money.

BYRON BROWN: It does.

STEVE BROWN: You have chosen often not to do so. Do you regret that?

BRYON BROWN: I do not regret that because we have high poverty in this community, a lot of people that rent in this community, a lot of families struggling to make end meet. By lowering taxes on homeowners and business owners, homeowners were able to invest in their properties. Young families were able to buy homes in the city of Buffalo and maintain them. Businesses were able to grow and be attracted to the city of Buffalo and create jobs for our community. And now as we come out of a pandemic, I don’t think it’s the time to raise taxes.