Tyshone Tibbs is headed to troop C in the Binghamton and Ithaca region. 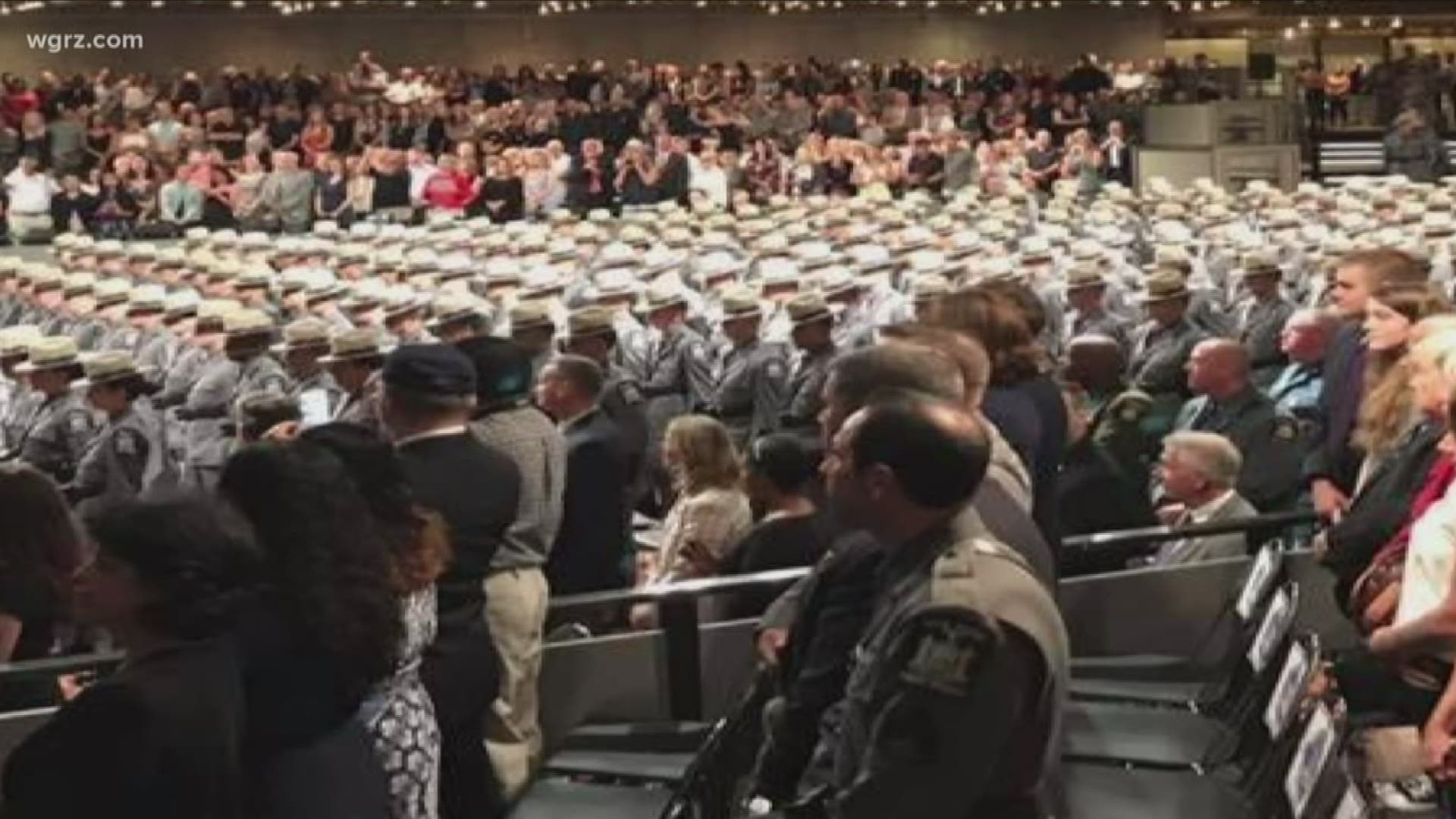 Among the graduates is Buffalo's Tyshone Tibbs, who is really excited to be able to call himself a New York State Trooper.

"It feels great to say that I'm a trooper, finally," Tibbs said.

What is he looking forward to most about getting out on the road?

Trooper Tibbs is headed to troop C in the Binghamton and Ithaca region.

Lt. Gov. Kathy Hochul, who addressed the graduating troopers, said there is "no greater or more noble calling" than protecting and serving the people of the state.

To mark the graduation, the State Police awarded several awards to new troopers who excelled at academic achievement, physical fitness and the use of firearms during training.

This year's firearms proficiency award went to 30-year-old Trooper Jameson Canning, who served in the Marine Corps before signing up for the State Police. Officials say Canning scored 250 out of 250 during firearms training.

Kitten saved by firefighters in Eggertsville recovering at the SPCA