Though many of the state's sites were closed in Western New York, there were several locations open on the holiday. 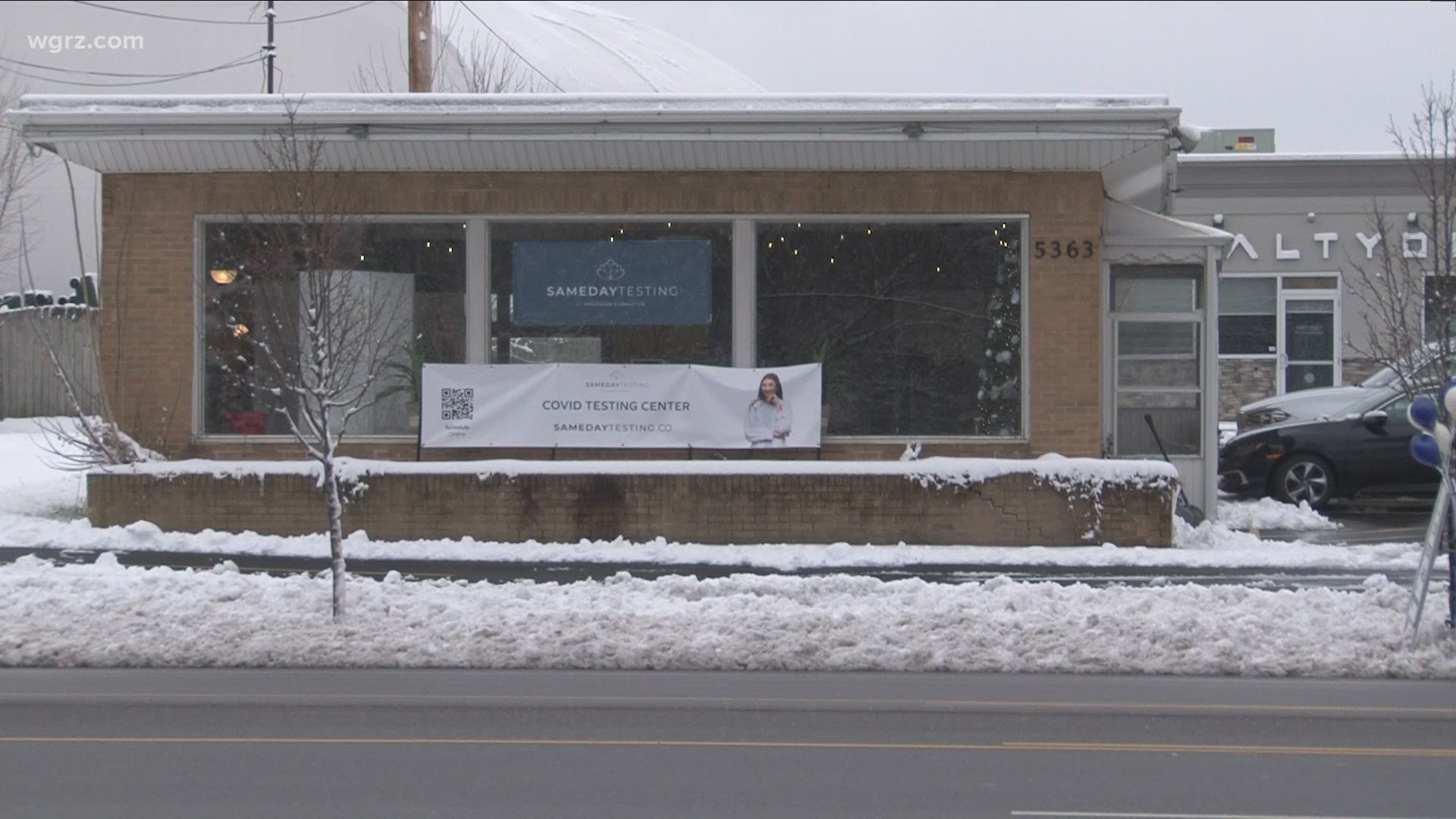 Though it may be Christmas, there was no shortage of people looking to get tested or locations where you could get one done.

One of those locations is a drive-through testing site in Hamburg. The other is on Main Street in Williamsville, which is a storefront you can walk into.

"There's a lack of testing going on in our community where people are waiting in long lines, struggling to find places to go, and so for us, being able to provide this service around the clock to the community is very important," northeast operator Ben Sharf said.

You don't have to book an appointment for either location. However, you can choose to book one of the three tests the company offers online.

Sharf says their testing sites were very busy Christmas, Eve but it has calmed down on Friday.

As for the state testing sites, the Erie County Health Department's website which has a map of testing sites.

Most were closed on Christmas but Western New York Immediate Care was open on Delaware Avenue with limited hours.

As for Sameday Testing, there are plans to open a third location at the Eastern Hills Mall in a few weeks as well.

It will be another drive through testing site.