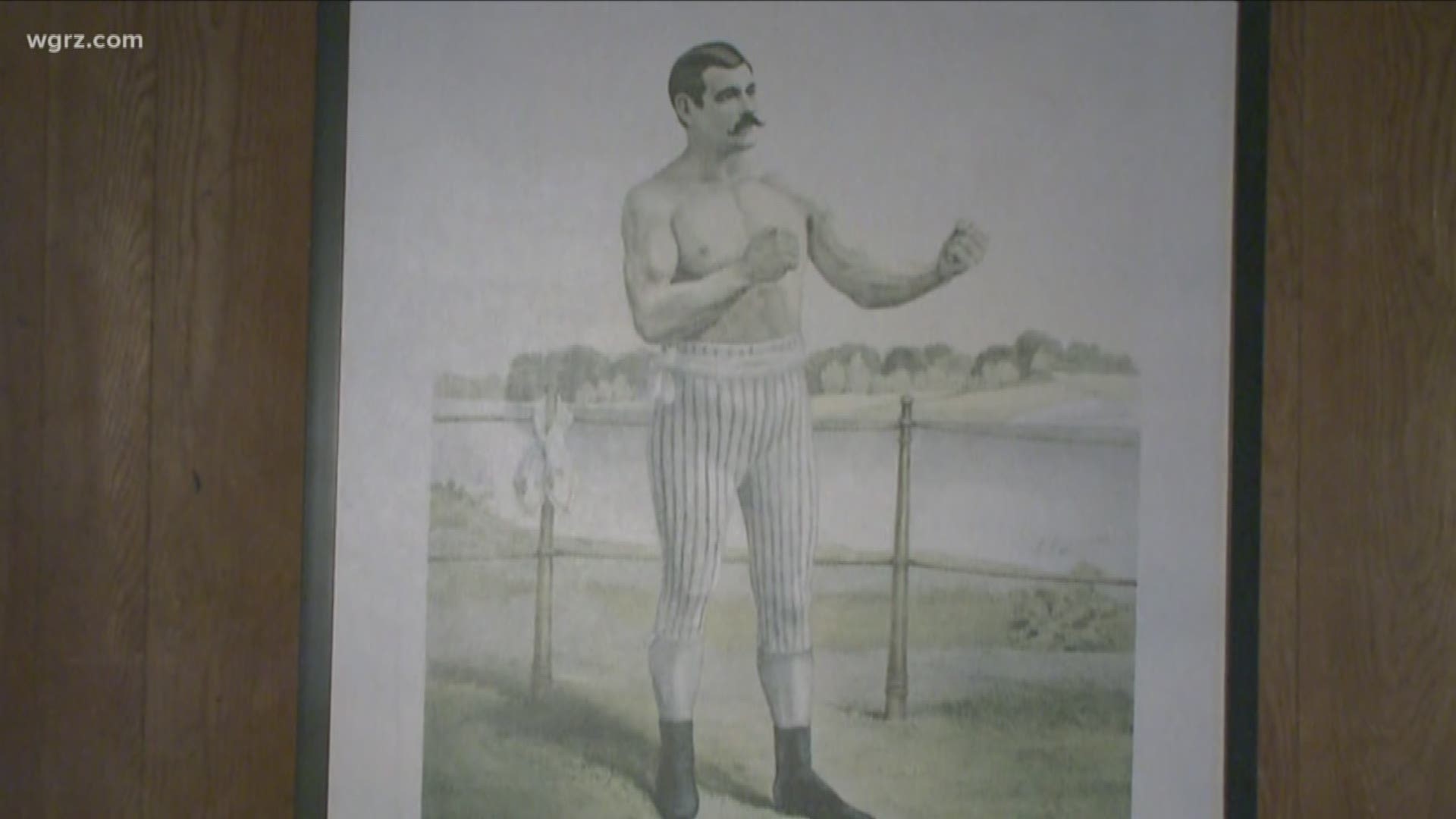 BUFFALO, N.Y. — John L Sullivan, the Boston Strong Boy, was considered boxing's first superstar. He was its first gloved champ, and last bare knuckle title-holder, and he last defended that title in an epic bout 130 years ago.

Bare Knuckle Boxing Hall of Fame President Scott Burt recalls "Sports Illustrated called it the brawl that started it all, 75 rounds, 104 degrees outside, and 216 minutes later, he wins."

But Sullivan's victory over Jake Kilrain on that sweltering day in Mississippi was the culmination of months of training here in Western New York. Scott says "Sullivan was brought here to get him away from the limelight, away from the wild women (in NYC) and to sequester him here so he can concentrate on just getting back into shape."

Sullivan's trainer was the wrestling legend William Muldoon, who had made a name for himself with his approach that keyed on healthy living, something that was apparently foreign to the heavy-partying Sullivan, who loved the nightlife, and the bottle. Muldoon had converted two barns into boxing training facilities. Those boxing barns are now the centerpiece of the Bare Knuckle Boxing Hall of Fame. Scott Burt bought them, and moved them from their original spot down main street 10 years ago. They are pretty much the same as they were when Sullivan trained here. When they first started to go through them, they found a treasure chest of secrets. They found that despite being this far away from the big city nightlife, Sullivan still found time to party. Many of the walls were filled with bottles. There was also a room, specifically for Sullivan.

"When Sullivan had too much to drink, Mrs. Muldoon wouldn't let him in the house and they actually chained him down out here. The chains are there and there's a trap door there. Up underneath it, wedged up under there was a pottery jug that says Buffalo, NY. It was from a whiskey company."

Despite the relics of revelry, Muldoon's training methods paid off for the 31 year old Sullivan as he defeated Kilrain, and retained his belt. Word spread about Muldoon as well. He went on to train Presidents Roosevelt and Taft, as well as Harry Houdini.