Birthplace of the Barcalounger 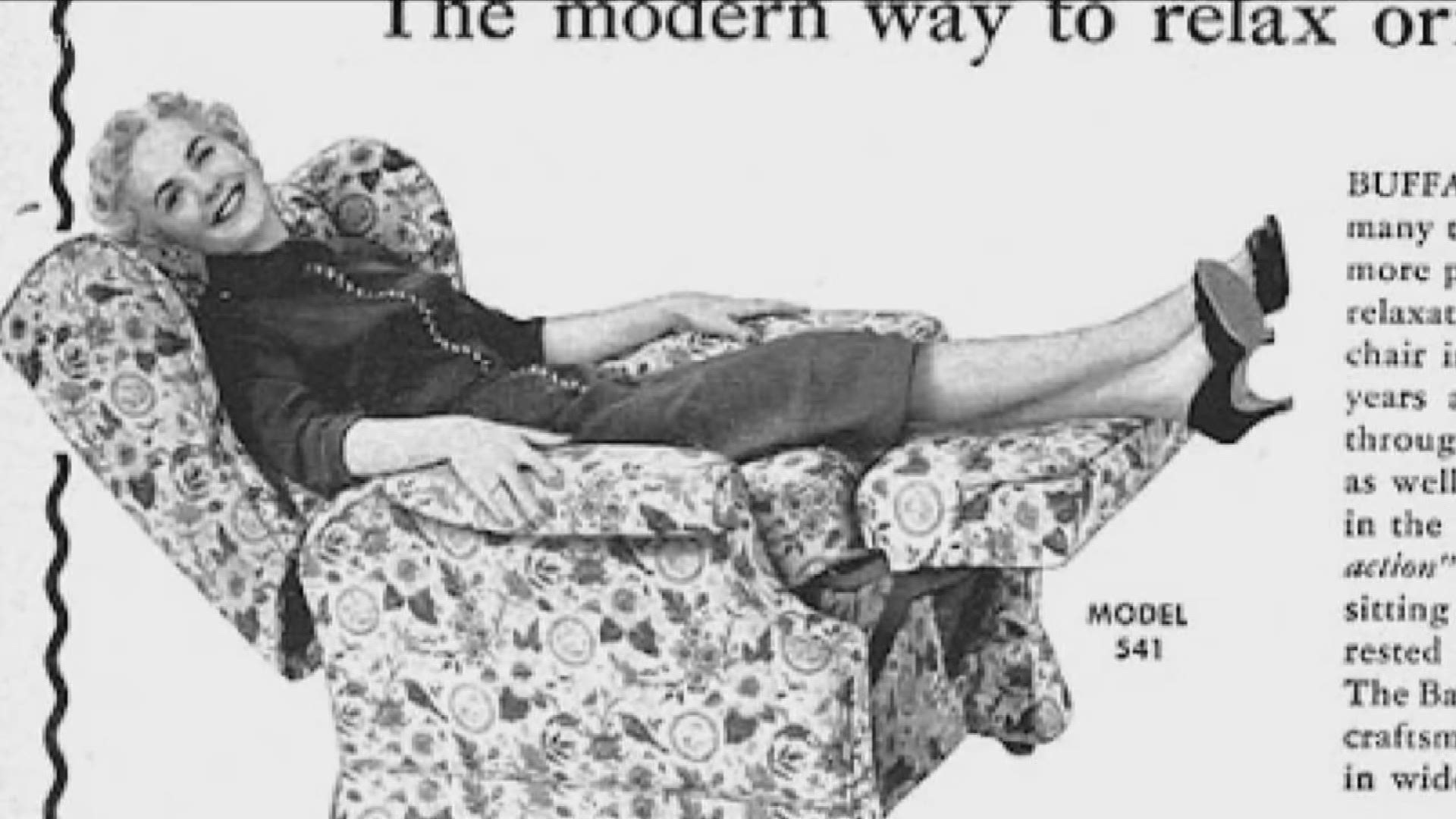 BUFFALO, N.Y. — Our story begins in 1896 when Edward Barcalo opened a small manufacturing plant on Chandler Street in Black Rock. It is a building currently undergoing a major renaissance, being transformed into, among other things, a brewery. But local historian Tim Tielman points out that for Barcalo, it was just the start.

"Edward Barcalo was a manufacturer of metal beds. he made metal bed frames and during world war one, he got a lot of contracts from the Curtiss Manufacturing company which did airplanes."

Barcalo Manufacturing Company made forged metal tools, along with many parts for the aviation industry. Barcalo later moved into a new facility at Louisiana and O'Connell in the old first ward. "Business was booming during world war one, then world war one is over and what the heck do we do with all of this material and everything? We want to keep these guys employed" recounts Tielman.

So Barcalo put on his thinking cap, and in the factory the man who had patents for such diverse things as the bed spring, synthetic snow and mint flavored ice cream, came up with a new idea. "And he says, you know what the world needs? The world needs a chair where you can just kick back and relax, that's what the working man wants, so he develops a self-reclining chair."

In 1940, Barcalo acquired a license to manufacture what was called "scientifically articulated" motion chairs patented by Dr. Anton Lorenz. Barcalo called his, the Barcalounger, and a piece of Americana was born.