Bills stick to offense in rounds two and three. 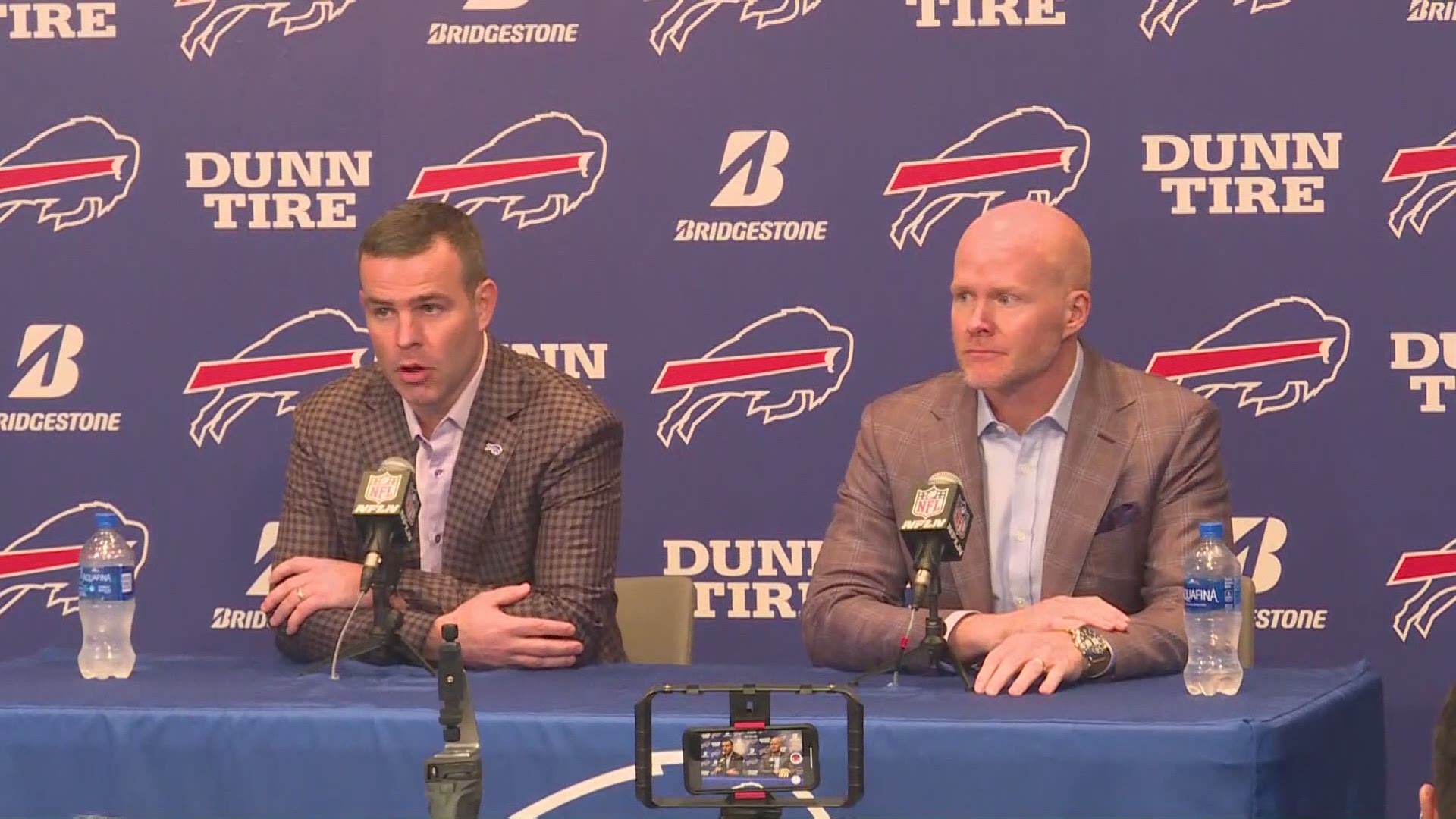 ORCHARD PARK, N.Y. — In the second round of the NFL draft, the Bills selected Oklahoma tackle, Cody Ford. He is the 38th player taken overall after the Bills traded up with the Oakland Raiders Friday to make the selection.

The drafting of Ford continues the rebuilding of the offensive line, which is a priority for the Bills. The Bills added significantly to the O-line in free agency and now have added at least one lineman in the draft.

Ford is the third player taken from Oklahoma in this draft. Ford excelled at right tackle in 2018. Before that, he had spent most of his career on the interior at Oklahoma. He started to climb up draft boards before his junior season was over.

This past season he started all 14 games at right tackle and was a first-team All-Big 12 selection as well as a third-team All-American. Ford was at One Bills Drive Saturday and said he made a great connection with offensive line coach Bobby Johnson. "Me and the O-line coach [Bobby Johnson] really hit it off. We had multiple meetings between the combine and pro day. It was just a great interaction with him. I could just see that this program is headed in the right direction. Mainly, his coaching style kind of resembles the coaching style I've been used to. And what he expects from his players is kind of what I bring to the table. And just the family atmosphere here is kind of what really made me be like I want to go to Buffalo."

In the third round, the Bills selected running back Devin "Motor" Singletary from Florida Atlantic. He never missed a game in his college career. He's only 5'7" but was a touchdown machine in college. He scored 66 rushing touchdowns in college..

Later in the third round the Bills traded with Washington and then selected tight end Dawson Knox from Ole Miss. He was a quarterback in high school at  Brentwood Academy in Brentwood, Tennessee. He was a walk on in college and some compare him to Kyle Rudolph

With their pick in the first round Thursday night, the Bills took defensive tackle Ed Oliver from Houston.