The PAWS Act of 2019 would create a competitive grant program through the VA for organizations to pair service dogs with veterans suffering from PTSD. 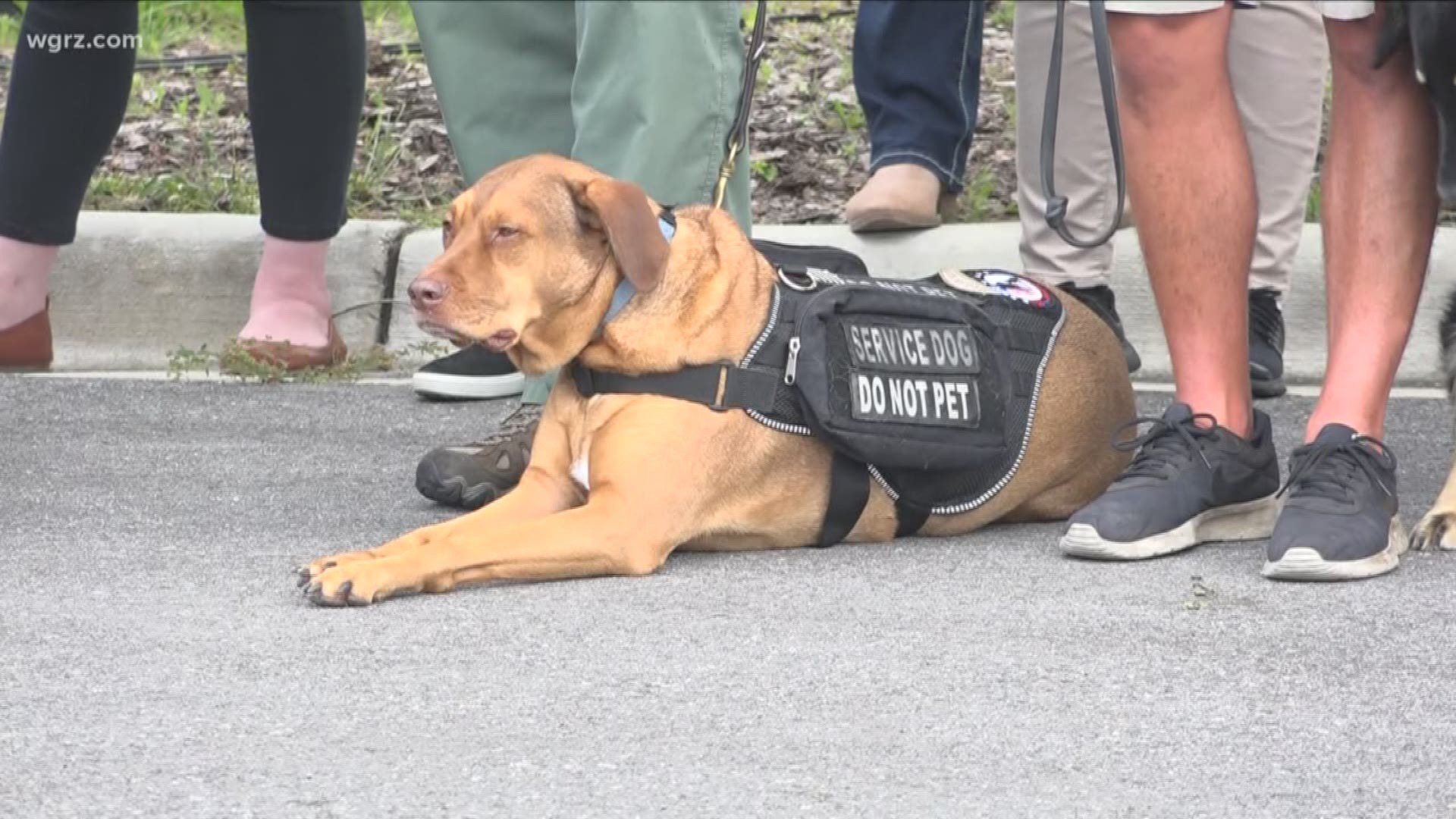 According to the VA, about 30 percent of Vietnam War Veterans have had PTSD in their lifetime.

For veterans of the Gulf War, that number is about 12 percent and it's as high as 20 percent for veterans from Operation Iraqi Freedom and Enduring Freedom.

Services dogs have in many cases proven to be a source of relief for veterans with PTSD, but that comes at a big cost.

"When you're looking at your basic PTSD service dog, with us they start at five-thousand dollars," said Chris Kreiger, a veteran and the president of WNY Heroes. "When we get into the more specialty service animals like for balance, for diabetes, things of that sort, they start at 10 to 12-thousand a dog."

Through that organization, he runs a program called Pawsitive for Heroes -- that connects vets with service animals.

"I'm gonna say my dog changed the lives for many other veterans because, without my dog, I don't think we'd have a Pawsitive For Heroes," Kreiger said.

However, many veterans across the country don't have the means or resources to get a service dog on their own.

The bill would create a competitive grant program through the VA for organizations to pair service dogs with veterans suffering from PTSD.

Rutherford told 2 on Your Side, "We just didn't feel like we could wait any longer. There are 20 veterans a day committing suicide. I believe that this program, just from the anecdotal stories that I've heard, this program can be effective."

"I think you would see less suicide amongst veterans," he said. "This bill in my opinion and I'm sure in the opinion of every other veteran out there who has a service dog -- this bill can truly save lives."