Beware: unemployment fraud is on the rise

The Better Business Bureau reports the rise in fraud cases has spiked in large part due to the COVID pandemic. 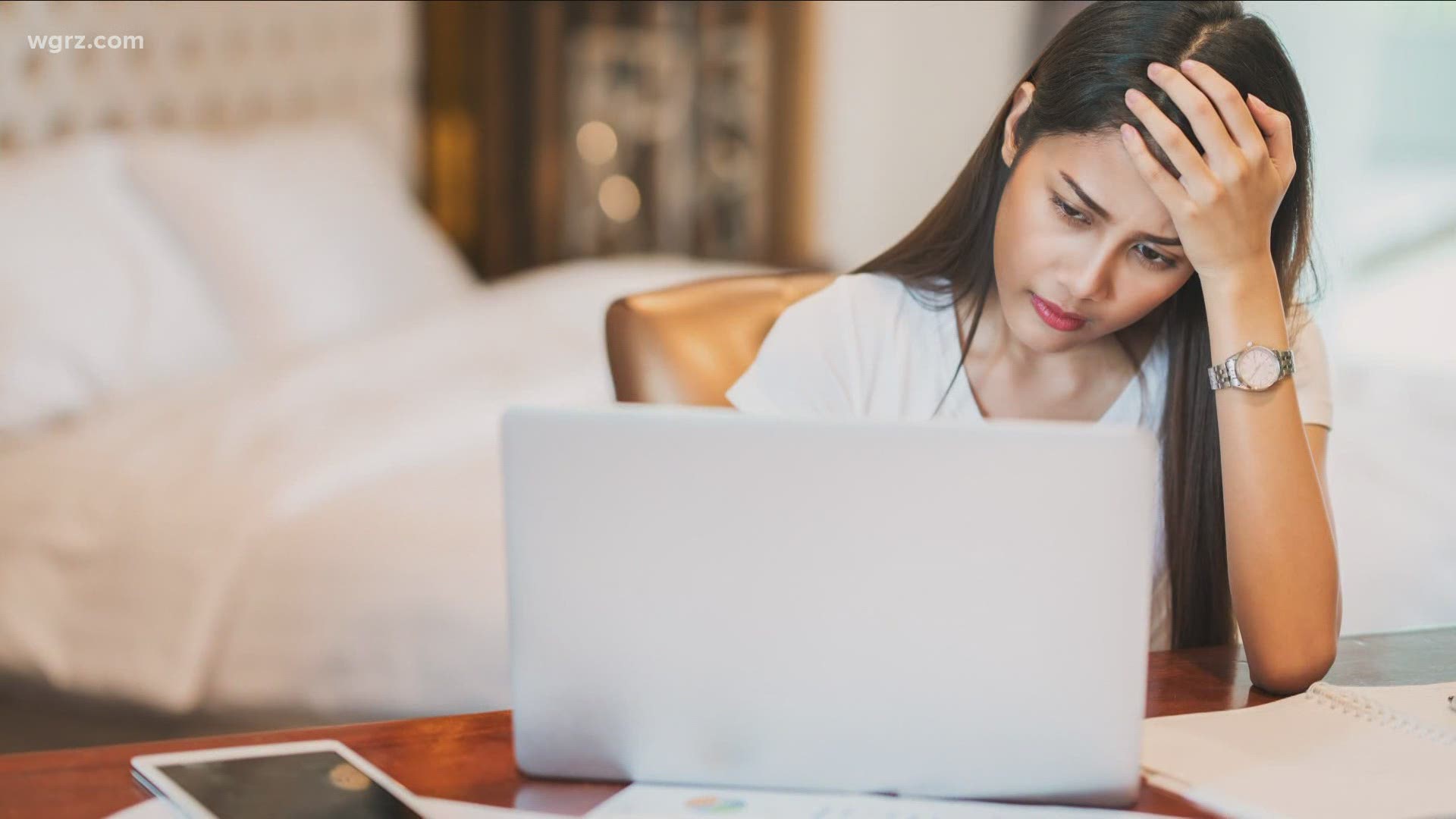 BUFFALO, N.Y. — The Better Business Bureau has reported within the past year, the number of people who have reported identity theft has increased dramatically due to the pandemic.

The BBB's 'Scam Tracker' has been following reports of unemployment fraud closely.

Melanie McGovern is the communication's director for the Better Business Bureau of Upstate New York and says the rise in online shopping has made it significantly easier for scammers.

"People are not thinking, they aren't checking other sources, they're just buying things they're putting their credit card in," McGovern says.

Just ask Erie County District Attorney John Flynn. Flynn found out he was the victim of unemployment fraud after a letter arrived at his home in the mail.

"The letter basically said that in order to process your claim here's what you need to do. I obviously knew I had not filed a claim," he says.

After following up with his office, the Department of Labor and the county, it was quickly confirmed that someone had in fact used his identity to file a fraudulent unemployment insurance claim.

Flynn tells 2 On Your Side, "luckily, the individual that tried to do it did not get any money, but that isn't true in a lot of cases."

While Erie County stepped in before Flynn's identity was compromised, the BBB says the reality is many victim's aren't finding out until it's too late.

"As for the ways scammers are getting to us, they're trying new ways and unfortunately it's working," McGovern says.

So, what exactly are these ways?

Another problem to consider is that, "unemployment is overwhelmed," McGovern says. "A lot of people are filing at once."

But that doesn't mean that there aren't ways for you to protect yourself and your identity from this happening.

McGovern says, "there are a lot of things people can do that they aren't even thinking about."

As for how to know whether or not you have been a potential victim of unemployment fraud, the BBB says, look out for an "out-of-the-blue" letter.