Another allegation of abuse by a priest

A 52-year-old man living in Pennsylvania is speaking out for the first time about a case of sexual abuse. The man says he was 18 when he was allegedly sexually abused by a priest he met at St. Columban's Retreat House in Derby. 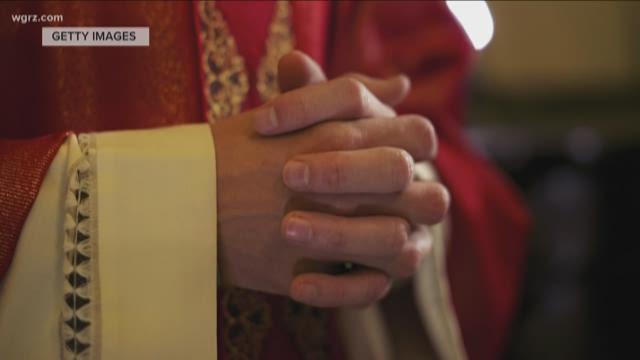 BUFFALO, N.Y. - "I'm coming forth now because I think there are a number of other people who need to know they are not alone," said a 52-year old man who asked that his identity not be revealed.

The man said he was 18-years-old when he lost his virginity to a now deceased Catholic priest. He met the Columban Father at the Columban Retreat House in Derby in the 1980's. They are a missionary society, they are not Diocesan priests, but are often stationed and working in a Diocese.

Now as an adult, he reflects on how wrong it was for the priest to befriend him and then sexually abuse him. "How could an 18-year-old boy, child, who was intoxicated be able to give any kind of consent to anything by a priest who was at least old enough to be his father if not grandfather," said the alleged victim in an interview with 2 On Your Side's Claudine Ewing. "I visited him at that time in Chicago and after being given alcohol, and the two of us drinking, I fell asleep on the floor in the living room of his apartment." He said he was then sexually abused.

The priest died in 1995. The Buffalo Diocese will not say if the priest is on a list of clergy accused of sexual abuse.

"I'm speaking out because this has got to end. These men are put into positions of trust that very few other people have and they are allowed into the lives of people who trust them completely," said the man who finds it incomprehensible

Last week the Buffalo Diocese announced a compensation fund for people who made claims that they were sexually abused as a child by a member of the Buffalo Diocese. They will not say how many claims have been made since the announcement, and they won't say when and if they plan to release the names of the accused priests.

Bishop Malone did say during the press conference, "we are right now involved in a reconsideration of a policy that I inherited, it was in place when I came but we're looking at it anew."

"That needs to be brought out into the light so people are aware," said the man who is telling his story for the first time.

The man is planning to file a complaint, but not concerned about compensation. He just wants to make people aware and hopefully end the sex abuse by members of the Catholic clergy.

He admits he is no longer a practicing Catholic.