After every puppy in her litter died, dog 'adopts' orphan puppies 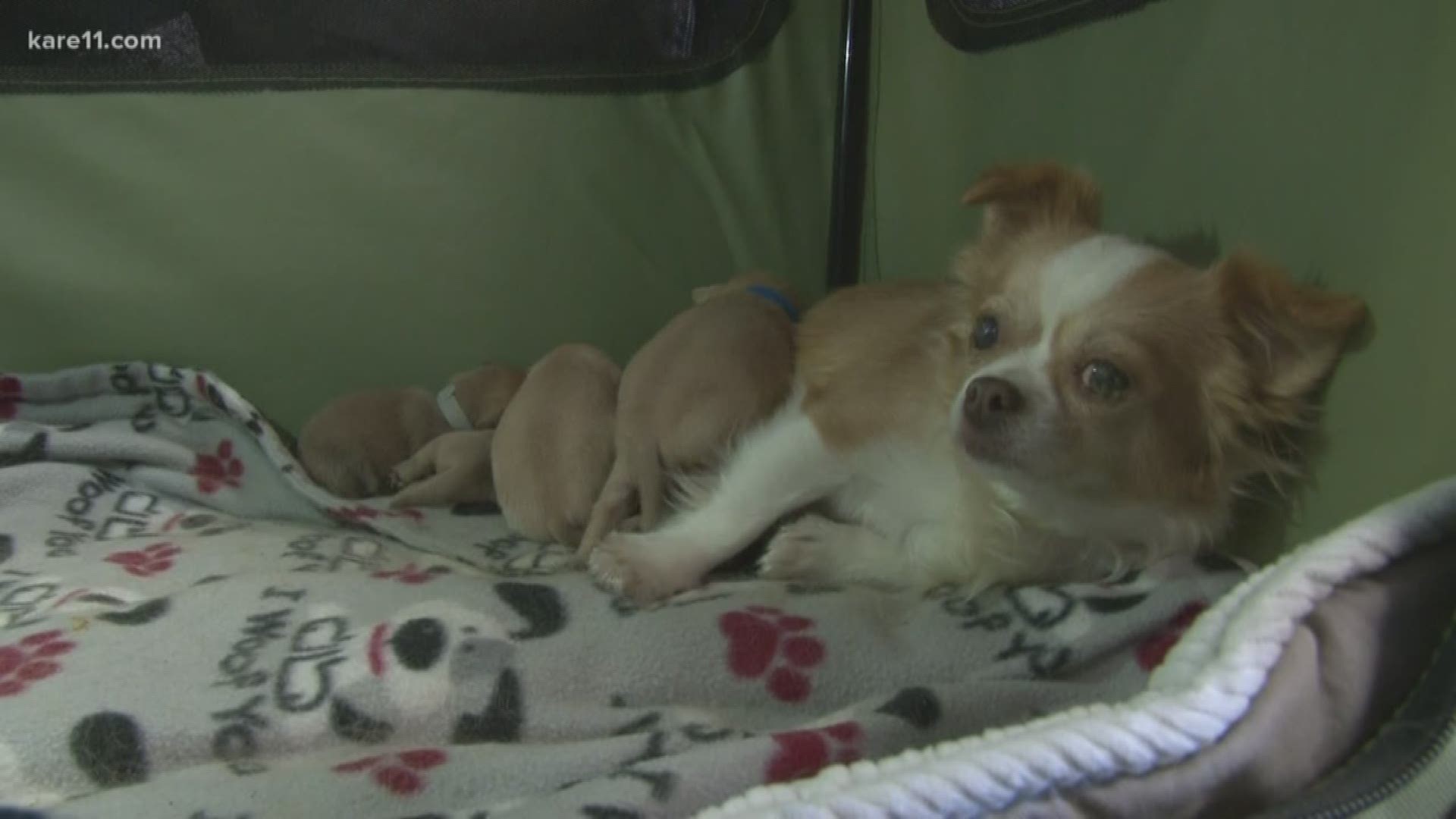 MINNETONKA, Minn. — Secondhand Hounds knew they would soon be getting a dog who had just lost her entire litter.

Named Rosa, the dog was coming to them from a breeder after giving birth to her puppies prematurely. None of them survived.

"It's a lot harder for puppies to stay alive when they're born premature," said Secondhand Hounds Founder and Executive Director Rachel Mairose. "A lot of times when moms lose their puppies they'll keep looking for them, just because they're ready to have their babies."

Then came the unexpected.

The animal rescue based in Minnetonka was contacted about a dog who had just died from seizures, leaving behind five two-week-old puppies.

A mother without her puppies. Puppies without their mother.

"We all kind of got that deep breath of hope like, could this happen? Could this work out?" Mairose said. "It's a 50-50 shot sometimes. Mama dogs smell other dogs on these puppies and they're not willing to accept them."

Rosa was still full of milk and able to nurse, an option preferable to the orphan puppies being bottle-fed.

Mairose and others at Secondhand Hounds made the introduction Wednesday night.

"It was like an instant connection. She started cleaning them. She let them nurse right away," Mairose said. "She heard the sounds of the puppies crying and her little tail started wagging faster."

Mairose said the chance of everything coming together on the same day like it did was slim. Even more surprising, Rosa and the puppies are similar breeds. Rosa is a Chihuahua. The puppies are a Chihuahua/Puggle mix.

Rosa and her puppies are currently staying with a (human) foster mom until the puppies are old enough to adopt.

Credit: KARE
One of the orphaned puppies "adopted" by Rosa the dog.

Because Rosa is going up for adoption she'll be spayed, which means this litter will be her last.

They'll be on the Secondhand Hounds website when they're available.