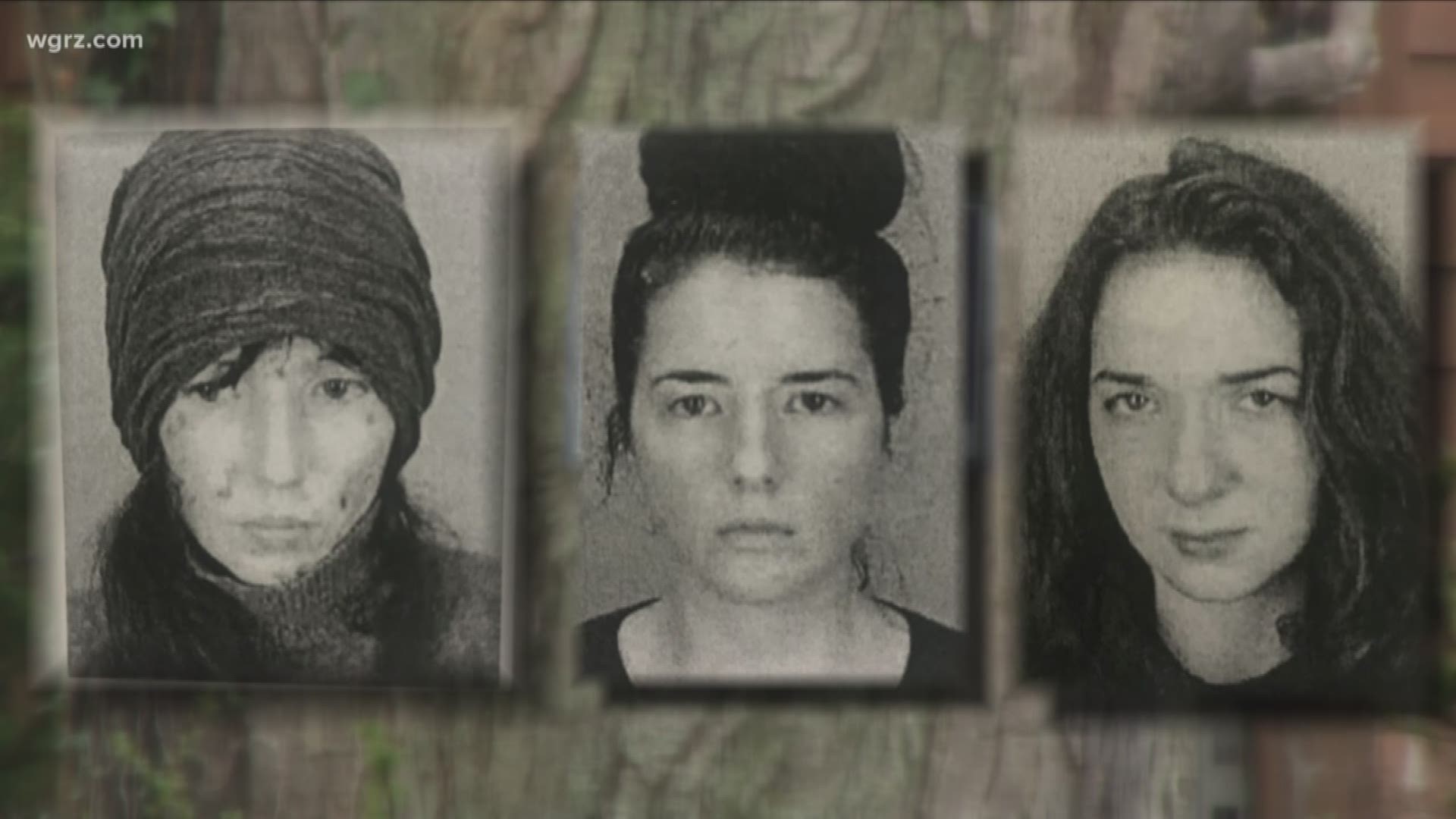 According to officials, the oldest daughter known as "The Prophet", Elissa Pietrocarlo, claimed to begin receiving messages from God in 2002.

One of the messages alleged that their father was being unfaithful to their mother Christine Pietrocarlo, 66, whom the family considered the "Queen of God".

The victim was no longer allowed to sleep in the marital bed and was forced to sleep on a couch in the kitchen, where he was also forced to live.

Investigators say the victim was allegedly beaten by the women of the house, and would always sleep fully clothed on the couch because the alleged attacks would happen at any time and he would be forcibly removed from the home.

On September 9, 2017, the victim was allegedly choked by his youngest daughter Annabel after the mother accused the victim of defiling her name online. The daughter was also accused of taking $1,100 from the victim's pocket.

While the victim was on the floor, all three sisters allegedly kicked and punched him. When the suspects left the house, the victim was able to crawl from the kitchen to his pick up truck and take himself to Mercy Hospital in Orchard Park to be treated for a fractured rib and bruised spleen.

When the victim returned home, the woman allegedly told him he was not allowed in the house during daylight hours and threatened to 'break every bone in his body' if he did. The victim told a friend who contacted the police to perform a welfare check.

“This is one of the most horrific cases of abuse that has been prosecuted by my office. I am outraged by the actions of these women who have emotionally, financially, and physically abused their father for years,” said Erie County District Attorney John J. Flynn. “I commend the victim for having the strength to testify against his abusers who sadly are his own children. I also want to commend the friend who contacted the police after the victim came forward after years of enduring this abuse and also testified against these women.”

The victim's wife, Christine Pietrocarlo, was acquitted of robbery and menacing.

Annabel Pietrocarlo was found guilty of an additional charge of Petit Larceny, for stealing the cash from her father’s pocket.

The three sisters could each face a maximum of seven years in prison when they are sentenced in July. They remain released on bail.