What Erie County plans to spend in 2020, heading into the budget vote on Thursday

Amendments to the County Executive's 2020 budget leaves Erie County considering a $1.7 billion budget and a tax rate decrease on Dec 5 when the legislature votes. 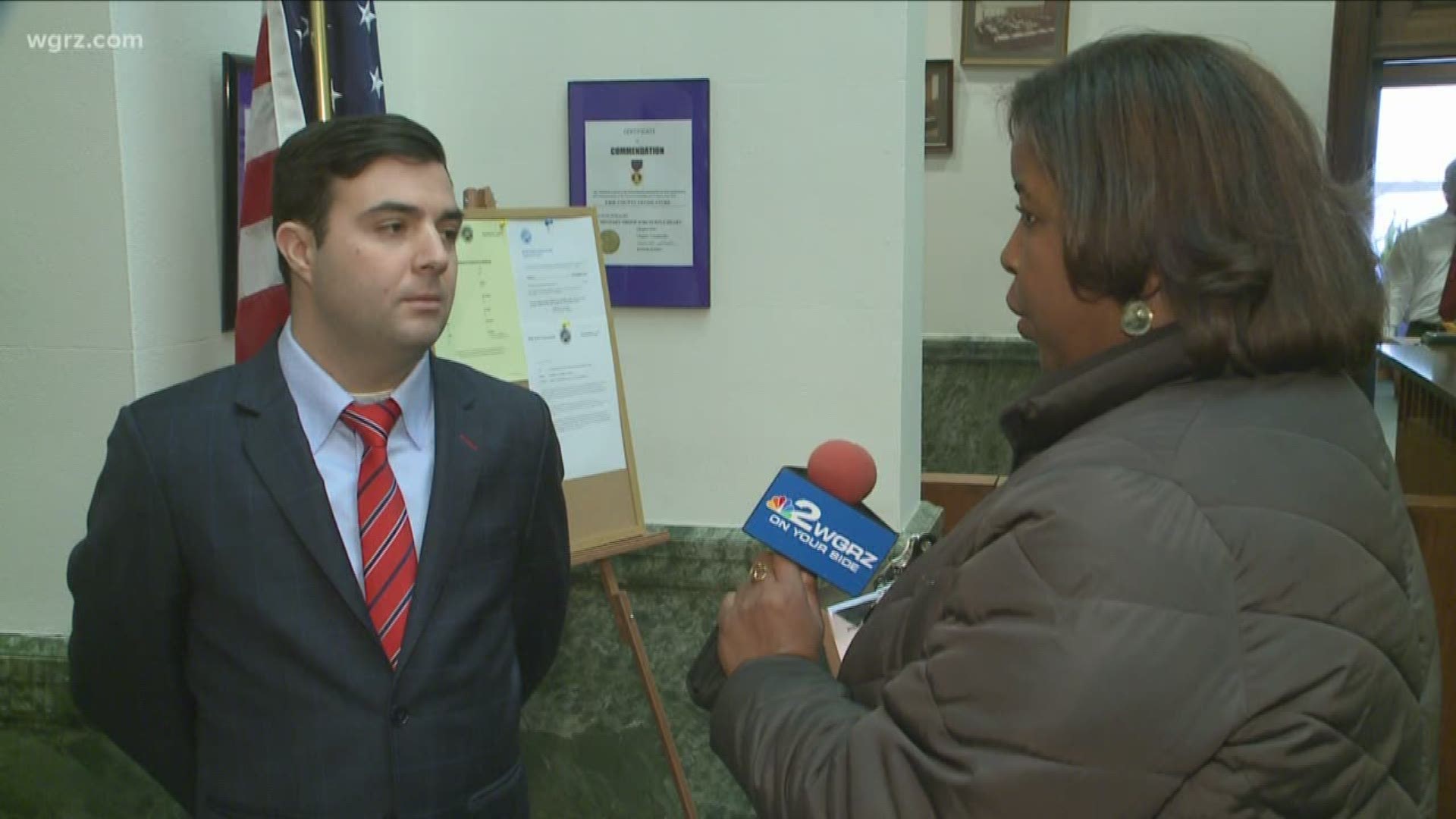 BUFFALO, N.Y. — On Monday, the Erie County Legislature put amendments to Erie County Executive Mark C. Poloncarz's proposed 2020 budget on the table. On Thursday, December 5, the Legislature will vote on the budget and amendments.

Amendments include a lower tax rate, funding to many community and arts-based organizations, urban initiatives funding, and $1 million to researching and treating opioid addiction for detainees. The amendments also include that the county will not allow for the SWAT team to go from part-time to full-time, as proposed by the sheriff. With amendments, the budget stands at $1.7 billion.

"A ton of money," Joe Lorigo, Erie County Legislator Minority Leader, told WGRZ regarding the budget. "You know, it's one of the things Erie County has been doing over the past several years, is we continue to spend, spend, spend. And you know, despite efforts by members of my caucus to lower that spending and reduce the tax levy, we have a legislative majority and a county executive that continues to spend tax dollars as much as possible."

The amendments include lowering tax rate by 1%, but this does not mean taxes will be lower for all. Lorigo explained the levy wont be lowered, only the rate at which taxes are collected, so for some, the formula may still result in a rise in taxes.

Legislator April Baskin discussed how she was proud of the amendments made by the legislature, which include funding to community and arts organizations.

"Some of these organizations wouldn't usually receive support because maybe they're in the start-up status, or they just don't always receive the accolades for the hard work that they do," Baskin said. "So the fact the body has been able to come together and identify some agencies that are well deserving of some funds to help them further service the residents of Erie County is something that I'm super proud of."

Baskin also discussed how $1 million will go to researching and providing Suboxone to detainees of the Erie County Holding Center. Suboxone is used to treat opioid addiction and substance abuse.

The amendments do not include the funding of a full-time SWAT team, desired by the sheriff. The sheriff and several communities in the county have part-time SWAT teams. Baskin says the legislature currently is looking for more data and into where funding would come from for the SWAT team with the Office of the Sheriff. Baskin added that several other initiatives proposed by the sheriff are still included in the budget.

Roads are also on everyone's minds as we head into pothole season. Roads in the cities of Lackawanna, Buffalo and Tonawanda are under the jurisdiction of those cities, but Baskin says the legislature has put urban initiative allocations in the amendments. This initiative funding could be used towards roads if the cities so desire. 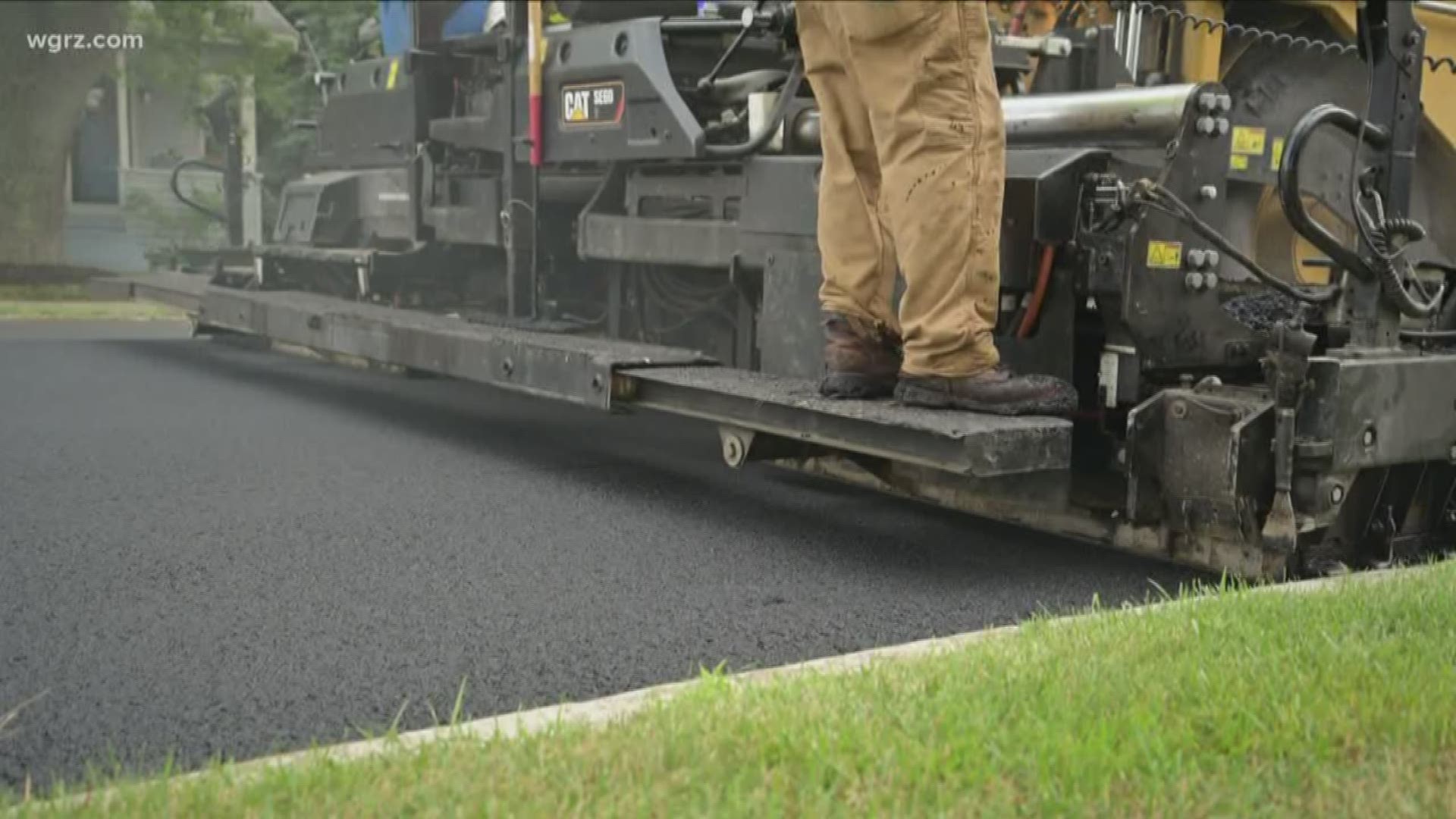 "I do believe that what we allocated this year is something that is truly fiscally responsible and is something that the Erie County tax payers that have issues with the road problems are going to be happy with," Baskin said.

For communities outside of those cities, WGRZ has combed through Poloncarz's budget for some infrastructural changes and road construction that may be of interest.

How will the budget impact roads and infrastructure in your town?

Based on Poloncarz's proposed 2020 budget, repairs and construction would affect towns including West Seneca, Boston, Lawtons, and Evans in 2020 and funding for the design and research phases that could affect well known intersections in Cheektowaga and a road in Alden. Additionally, the county highway system, which consists of around 1,200 miles of highway, has found over 200 miles of roads that could be returned to town or village ownership. Erie County currently holds the most highway miles of any county in New York State. More from the 2020 proposed budget: