Two hundred years ago, in 1816, the "Year Without a Summer" led to one of the worst natural disasters in recorded history. Western New York felt the catastrophe immensely. 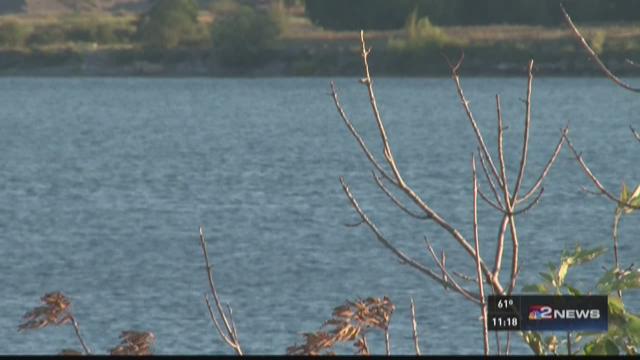 "The ground was covered with snow," the front page of the May 28, 1816 edition proclaimed. "And temperature of the weather during the day more like that of March than May."

By June, the Gazette described the weather as "extraordinary," not only in Western New York but across the United States and Canada. Some areas across the Northeast reported two to three inches of snow at a time; a report from Quebec claimed snow fell for a whole hour one summer day.

The Buffalo Gazette reported snow in June in Geneva, N.Y.&nbsp;

On June 12, 1816, one Gazette headline screamed: "WINTER IN JUNE!" In Geneva, N.Y., "a considerable quantity of SNOW fell. Such unseasonable weather has never been known in this country by the oldest inhabitants. The prevalent winds during this period of cold, have been from north to west, and have at times been violent."

Two hundred years ago, humans seemed to have no idea why temperatures had dropped so sharply during the summer months of 1816. One writer from the Buffalo Gazette attributed the bizarre weather patterns to "sun spots." Another writer said he'd simply "leave it to greater philosophers" to figure out what happened. An article from Erie, Pa., reported people burning fires in their homes and wearing winter clothes in July.

The cold weather, by all means, was considered a natural disaster, perhaps one of the worst natural disasters in recorded history. Crops died, food was scarce, and widespread famine hit parts of New England and Europe.

These days, the summer of 1816 is known simply as "The Year Without a Summer." Many decades after the fact, scientists would discover that the volcano eruption of Mount Tambora in the Indies in 1815 caused the worldwide catastrophe.

In Buffalo, one newspaper report claimed Lake Erie froze in May. Plenty of evidence of "The Year Without a Summer" still exists inside The Buffalo History Museum, which allowed 2 On Your Side to photograph copies of the Buffalo Gazette from 1816. The newspaper articles highlight the anxiety and concern among not only Western New Yorkers, but most Americans, who relied so heavily on agriculture in those days.

In Chautauqua County, farmers could only produce and sell about a quarter of their normal food quantities during the summer of 1816, according to Jason Sample, a trustee with the Chautauqua County Historical Society.

Sample has studied "The Year Without a Summer" extensively. He said the weather that year forced many settlers to leave the area, including the Frank family, who owned the county's largest farm. That family later died when it attempted to travel to the Midwest to escape the cold weather in Chautauqua County.

Another settler from Gerry, N.Y., also left behind a journal that revealed his fears.

"And he talked about how difficult it was, and how trying it was on his psyche. And he was depressed throughout the entire summer," Sample said. "You could tell it really had a heavy toll on the psyche of a lot of folks."

Sample said the famine wasn't as serious in Western New York, since the area was mostly unsettled and people were able to fish and hunt for their food. However, "The Year Without a Summer" did stunt population gains in Chautauqua County following the War of 1812. It also led to widespread poverty in the area.

"The biggest problem was the occasional frost that would crop up and destroy crops," Sample said. "So while it wasn't a long-term cold or freezing, it was just enough to prevent any crops from growing, and really destroying any effort to grow a good portion of crops for the area."

Due to the disastrous conditions in 1816, it took until 1819 or 1820 for Chautauqua County to see population gains again, according to Sample's research of the land deeds. Buffalo, of course, didn't grow into a lakefront manufacturing powerhouse until many decades later.

Two centuries later, the summer of 2016 was not kind to Western New York. The drought has caused significant harm to the farming community and forced the Governor to declare all eight counties in this region a disaster area.

But it's nothing like "The Year Without a Summer."

"In terms of the past 200 years," Sample said, "you'll be hard-pressed to find an event of this magnitude that affected so many people."

Special thanks to The Buffalo History Museum and the Fenton History Center in Jamestown for their generous help.