The 3-year-old has 8 puppies, but 7 of them were born to another dog in Blasdell. 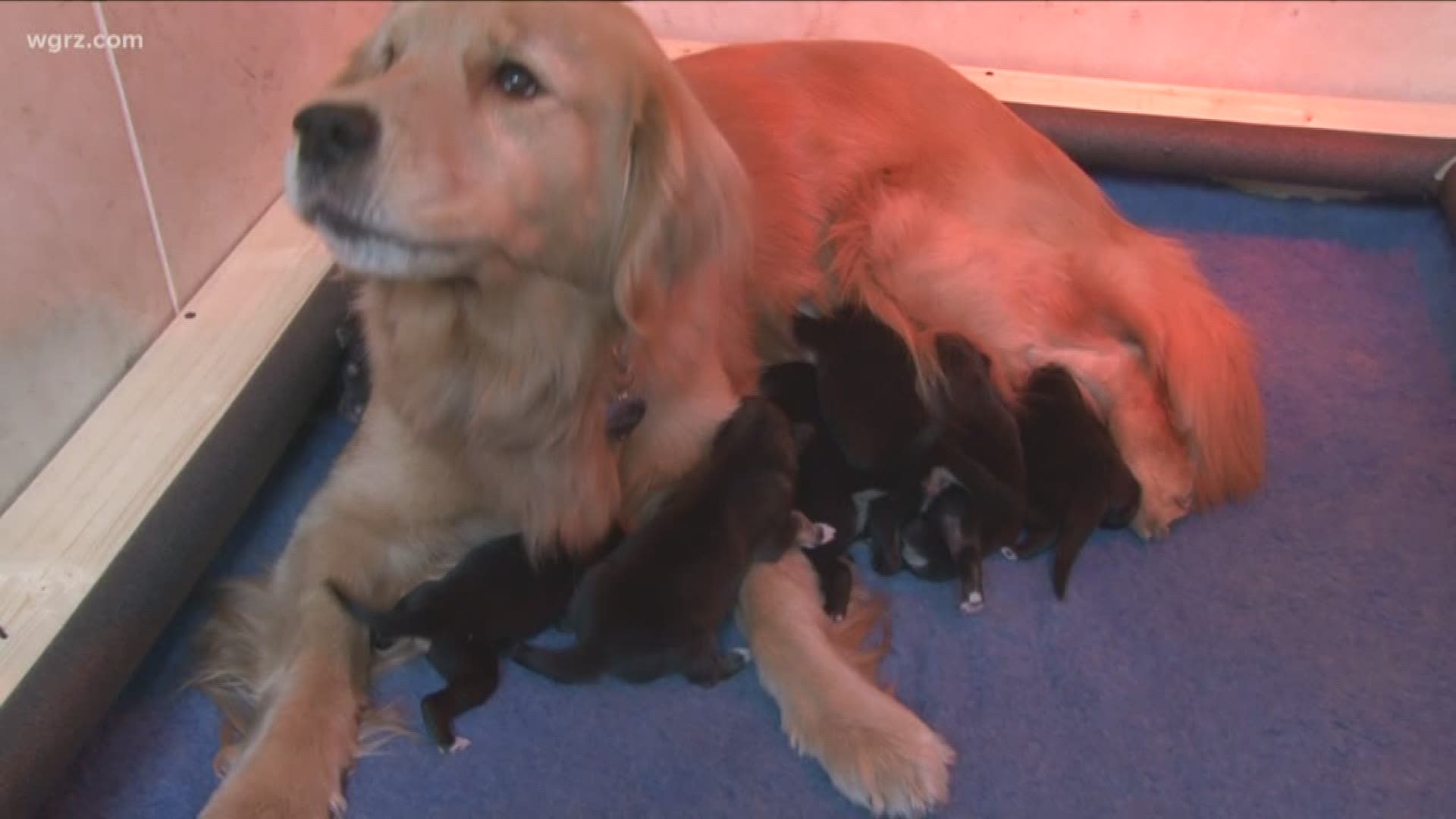 CLARENCE, N.Y. — Mirabell, a 3-year-old golden retriever in Clarence, New York, recently became a mother to a litter of puppies.

There's one caveat: she gave birth to only one of the eight puppies she's nursing. The other seven puppies were born to another dog in Blasdell.

"The timing was just so meant to be," Joan Wozer, Mirabell's owner, told 2 On Your Side.

Mirabell, Mira for short, had already given birth to a puppy 10 months ago. Wozer wanted to breed her with another dog, a champion golden retriever named Albert.

When Mira was taken for her X-ray, the veterinarian only saw one puppy. Wozer knew the puppy would thrive if it were part of a litter.

"I just mentioned to my contact at the SPCA that we were having a singleton puppy, and if there were any foster puppies that needed a mom to give me a call," Wozer said.

The call came just as Mirabell was preparing to give birth. The Society for the Prevention of the Cruelty of Animals had recently gained custody of a litter of puppies from a dog named Nemmie.

Nemmie's owner, Courtney Maj, called the SPCA after two days of trying to get her dog to bond with her litter of seven puppies.

"She had that first puppy, and as soon as it was out, she kind of froze," Maj told 2 On Your Side.

Maj says Nemmie would simply stare at the puppies or avoid them altogether. Her veterinarian told her that instances like this were rare, but in Nemmie's case, it was likely due to the fact that this was her first litter.

"She just didn’t have that instinct," Maj said.

"A couple of hours after she gave birth to her own puppy we put them in the puppy pen, and as far as she knows they’re her puppies," Wozer said.

The puppies are now a litter of eight. The ones Nemmie gave birth to have now gained weight, a far cry from the malnourished state they were in prior to coming in contact with Mira.

Currently, both dogs are doing well. Maj says Nemmie has regained the sweet disposition she had prior to giving birth. Wozer tells 2 on Your Side that the result is one of the most beautiful things she had ever witnessed.

The current plan is to keep the puppies with Mira and her pup for at least eight weeks while they gain their strength. The puppies will then be taken to the SPCA to be spayed and neutered before they're put up for adoption.