A New York City-based attorney representing a driver was surprised and alarmed at what she describes as a 'kangaroo court system' with the program's cameras. 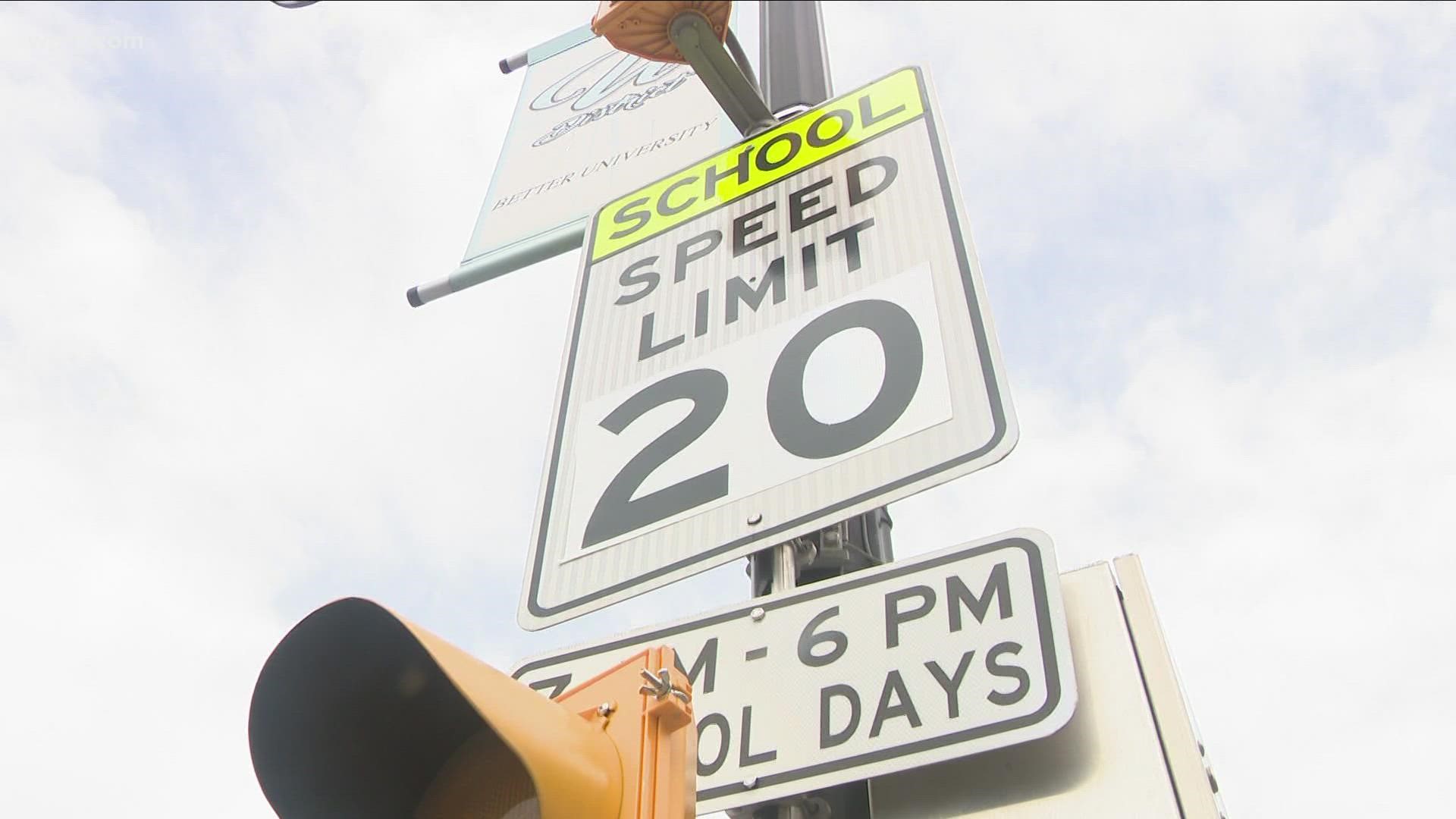 BUFFALO, N.Y. — Wednesday, September 1 marked the official end of the city of Buffalo's very controversial school speed zone camera program. It was revoked by the city's Common Council as they challenged Mayor Byron Brown on this issue.

2 On Your Side has an update on the program and another legal shot against the city on this very sore subject.

First off, a city spokesman stresses the cameras have not been active for weeks and added that while only a few have actually been removed, the rest will be taken down before the start of city schools next week.

In the meantime, striping for crosswalks near schools is underway along with new digital speed warning signs that will probably replace the cameras, but there are no tickets with those.

So let's get back to the speed cameras, for which some folks got $50 tickets for a violation over 15 mph. The zones have now increased to 20, by the way.

A New York City-based attorney representing a driver who got two tickets back in March got frustrated when the city wouldn't provide basic information on the program. She filed a Freedom of Information request and was surprised and alarmed at what she describes as a "kangaroo court system" with these cameras installed by a Swedish vendor.

Attorney Karina Tefft says the hearing officer agreed with her reasoning and dismissed her client's tickets when she pointed out she found out the city's system was run automatically and had no operator to check and verify accuracy of the cameras and actual logs to record that verification testing.

Tefft says that goes against the basic legal principle of due process and state vehicle and traffic law. An example may be that a police officer can be questioned in court when he or she writes a traffic ticket or uses a radar gun or other equipment to measure speed of a vehicle.

Tefft says, "This is so important because this means critical safeguards were not being used at any point to ensure that the speed zone cameras were accurate. And the city can't prove that the speed cameras recordings were accurate, they can't provide a foundation in evidence to support that drivers who got these tickets were actually even speeding."

Tefft maintains that all the tickets should be thrown out and refunds paid out by the city to anyone who got hit with one of them. Some estimates put that at nearly $2 million.

A city spokesman says, as usual, they do not comment on pending litigation against the city.

That litigation is a class action lawsuit in which Tefft's information obtained through the Freedom of Information Act will be used in the filing. It remains to be seen what the judge decides. There's another class action suit that may look at it as well.

And Karina Tefft says it's possible Buffalo's experience may be used to go after similar speed zone camera systems around the country so it may haunt City Hall for a while.

2 On Your Side's Liz Lewin reached out to criminal defense attorney and legal expert Barry Covert to understand, legally speaking, what could be next for the city as far as the other tickets that were issued?

"This is a highly unusual situation," Covert says.

It comes down to transparency and accountability.

"A judge could hold that they were in violation of state law," Covert argues. "What the city would be guilty of is knowingly not providing for the calibration, inspection, and certification of those devices. But rather, leaving you and I to be those individuals who get charged with the impression that those machines that they're relying upon were properly certified and inspected."

Covert offered speeding tickets as an example of how this process is supposed to work.

If a police officer pulls you over and says that their device or car clocked you going 10 or 15 miles over the speed limit and issue you a ticket, by law, you can challenge or take ticket to court. However, in order for the court to find you guilty of an offense, Covert says, documents must be submitted showing the machines used were regularly inspected, recalibrated, and certified by the right people.

So, looking ahead, what's the worst case scenario for the city?

Covert says it depends what the judge finds.

"A judge could very well find that this appears to have been a scheme that was utilized by the City of Buffalo improperly and that they knowingly failed to follow the state statues in relation to maintaining calibrating and inspecting and certifying those speed determination devices," he explains.

In which case, what might that mean for anyone who was issued a ticket?

Covert tells 2 On Your Side, "If this is in fact true, as it appears to be, a judge is going to find that the equities favor the return of the final amounts to the individuals who pled guilty, because those individuals relied upon the credibility of the City of Buffalo when they claimed that the machines found that those individuals were speeding."

As for who would receive a refund, if ordered by the court?

Covet says, the state statue is still fairly new and therefore a lot of questions still need to be answered. That includes how they would be issued, if in fact they are, and to whom.

2 On Your Side reached out to several members of the Buffalo Common Council for a response on these new findings.

Councilman Joel Feroleto echoed similar sentiments and says if the city did in fact withhold information, people are owed refunds.