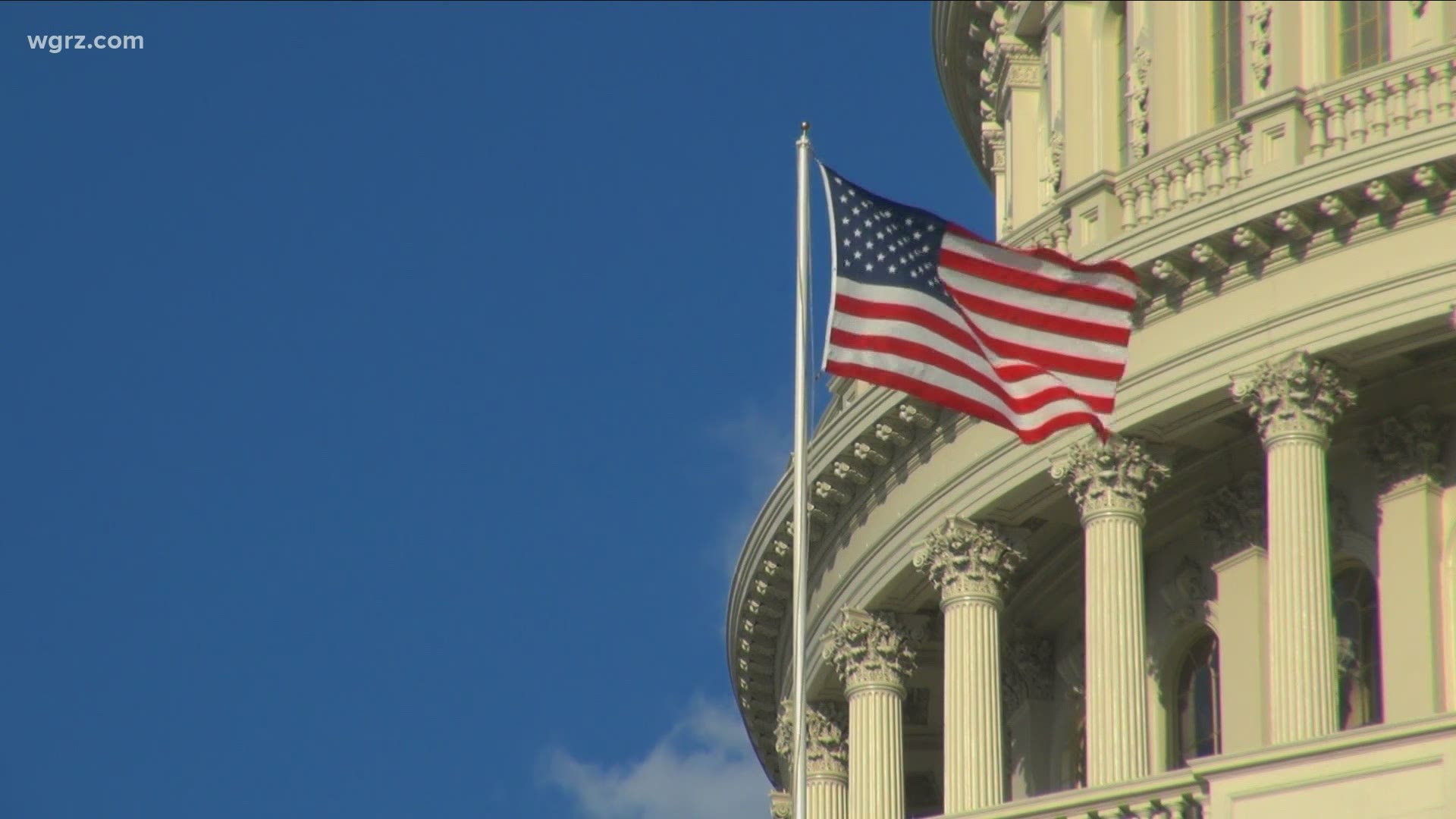 BROOKLYN, N.Y. — Governor Andrew Cuomo wants fellow Democrats in Congress to do something so New York State doesn't have to raise taxes on the rich.

In an afternoon conference call to update reporters on the state's COVID response, the governor also talked about the state's finances. Balancing the current proposed state budget requires a huge amount of one-time federal aid.

Cuomo has made it clear he wants $15-billion from Washington, or he'd have to consider either budget cuts, tax hikes or both.

Then, the governor called on Democrats, who make up a majority in both the U.S. House and Senate, to increase taxes on the wealthiest Americans.

“COVID was a national problem," Cuomo said. "The national economy has to recover. Do a national tax increase, which is what the progressive Democrats talked about for years. Now you’re in the majority. Do it. Do it, so states like New York don’t have to do it."

The New York governor has resisted calls from state Democrats to raise taxes on the rich. Monday, Cuomo said it would put New York in a competitive disadvantage with other states.

And once more, Governor Cuomo called for the return of the SALT deduction, or the ability for federal tax filers to deduct state and local taxes on their annual returns.