We price-checked some of Thanksgiving's most popular dishes across WNY. 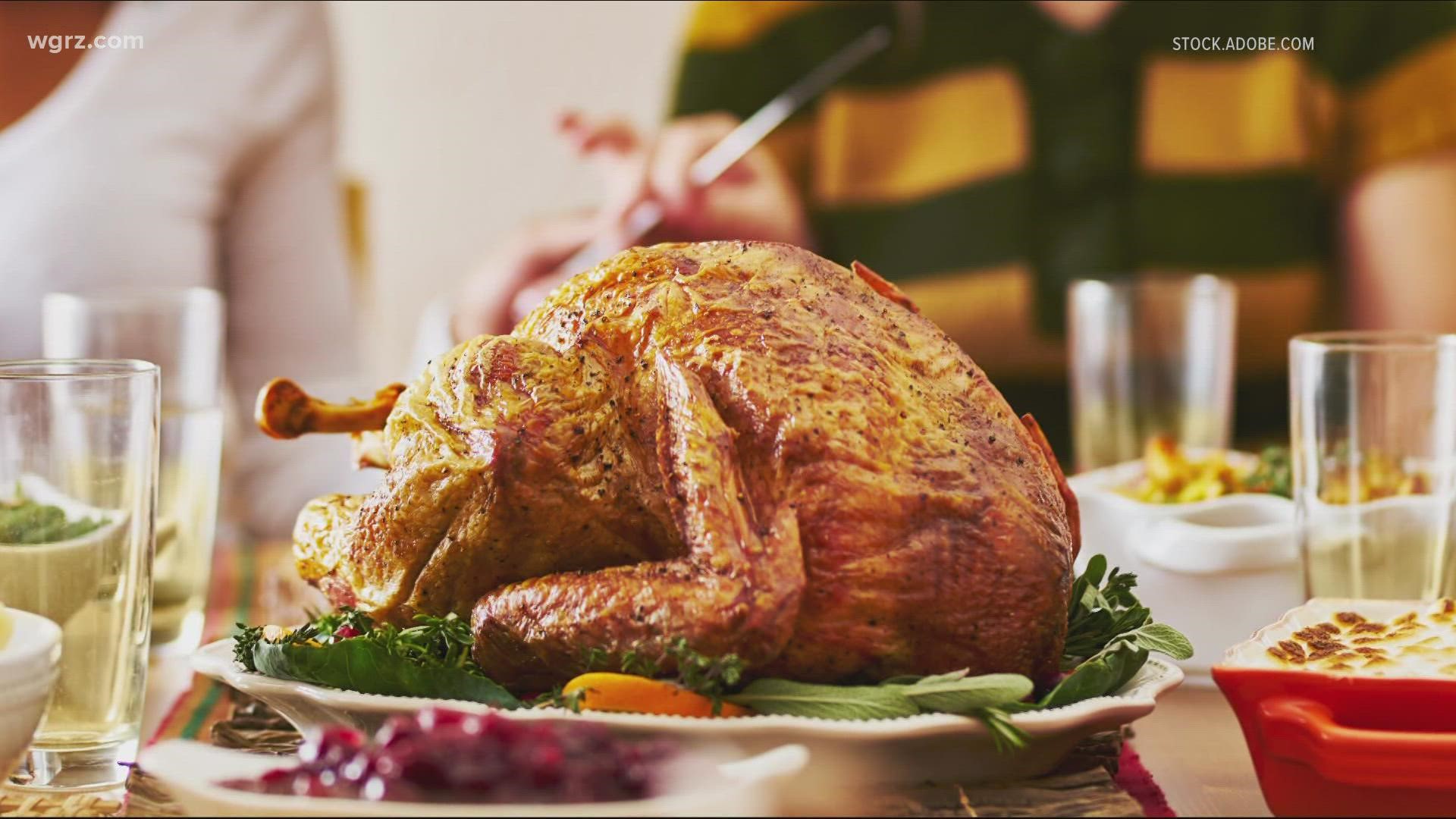 BUFFALO, N.Y. — With inflation rising food costs more than five-percent year-to-year, we wanted to see how that might be impacting the cost of Thanksgiving dinner this year.

"Stuffing and sweet potatoes saw a fairly big dip from last year, so they kind of skewed the overall results, but I think it does mirror what people are seeing when they go to the grocery store that prices are up," says Steve Ammerman with the New York Farm Bureau.

The list includes turkey, stuffing, sweet potatoes, rolls with butter, peas, cranberries, a veggie tray, pumpkin pie with whipped cream, and milk to serve a family of ten with leftovers.

"We have volunteer shoppers across the state. We had 21 that went into their local grocery store and we gave them a list, a very specific list, of what to look for in terms of pounds, and ounces, and the products," says Ammerman.

"Nationally, we saw turkey production down about four-percent than this time last year, so already the supply was a little bit less, and we're seeing people who are going out, all out, and having Thanksgiving dinners in-person, maybe having more family over than maybe they did last year, so all of that affects supply and demand, and ultimately it affects prices as well," says Ammerman.

Tops has frozen turkeys on sale this week for 48-cents a pound if you spend $30.00 and use your savings card, which means it would cost you $7.68 for a 16 pound turkey.

Aldi has frozen Butterball turkeys on sale for 87-cents a pound. $13.92 would be your final cost for a 16-pound bird.

For stuffing to go with your turkey, the survey says a 14 ounce package of herb-seasoned cube stuffing costs $2.29, down 55-cents from last year.

And at Wegmans, you can get a 12 ounce package of Pepperidge Farm Herb Seasoned Cubed Stuffing for $2.69.

Tops has Pepperidge Farm Stuffing for $2.69.

The survey says three pounds of sweet potatoes will set you back $3.19 this year which is 53-cents less than last year.

At Wegmans, organic sweet potatoes are $1.33 a pound.

Dash's has sweet potatoes for $2.19 a pound delivered.

And you'll pay 49-cents a pound at Aldi.

And for dessert, a 30 ounce can of Libby's Pumpkin Pie Mix is $3.69 this year according to the New York Farm Bureau. That's 31-cents more than last year.

At Dash's the same can is $4.39 when you have it delivered to your home.

We were able to find a can of the pure pumpkin for $3.99 at Tops, so you'd have to add your own spice.

"Do some comparison shopping. There are great tools online where you can go to your grocery stores and get an idea of prices before you even set foot in the physical location. Have a list and stick to it," explains Ammerman.

And, Ammerman says you can encourage guests to help cut costs for you by bringing dishes and making it a potluck.

Of course, these prices at our local stores are subject to change, and you might be able to find coupons and better deals to bring the costs down. 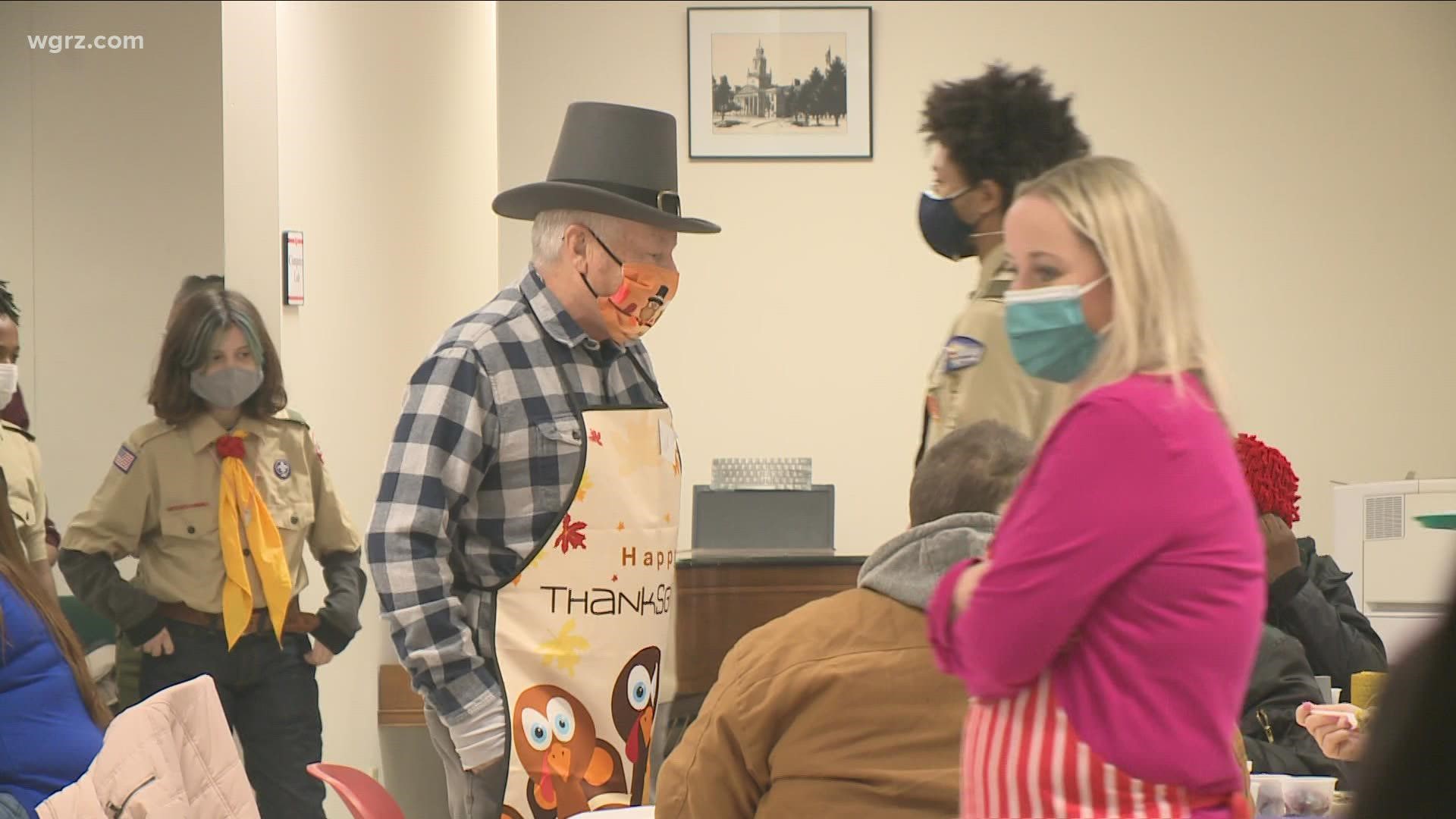