Developer Doug Jemal on restoring the Statler in Buffalo

'It's a jewel in downtown,' says Developer Doug Jemal. 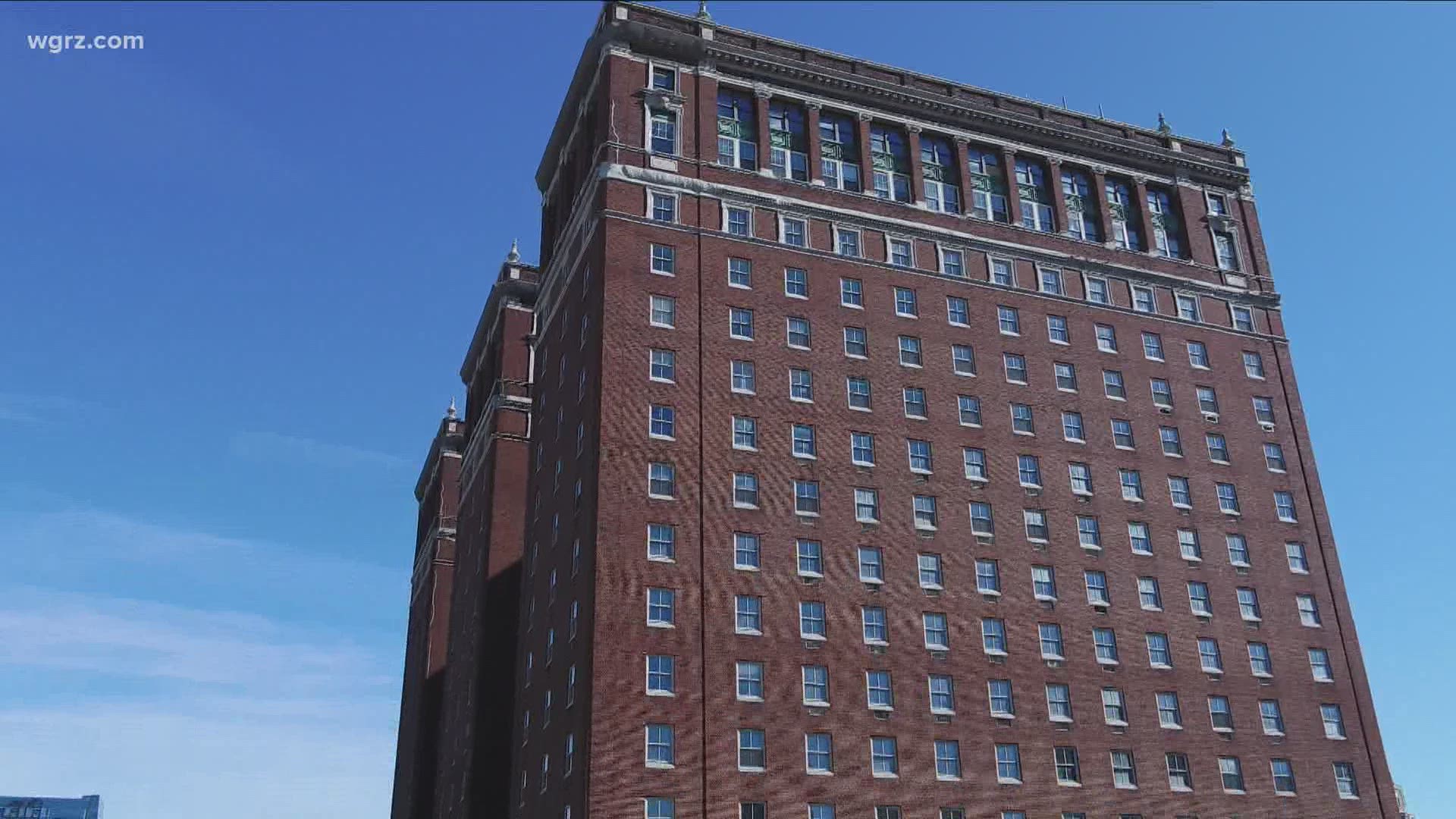 BUFFALO, N.Y. — Work has been underway to restore the Statler building in downtown Buffalo, and now we have heard from the man in charge of that $150 million project. Developer Doug Jemal gave us his vision for that nearly century-old staple of the Buffalo skyline.

From the stunning centerpiece chandelier in the spacious 1900s lobby to the newly installed window panels with historical highlights about its original owner, the Statler is very much alive after it was close to meeting the wrecking ball not too long ago.

The late Mark Croce stepped in to take it over and begin a makeover with a $5 million state grant to stabilize the building and spruce up the first floor and exterior. And after Croce's tragic passing, enter Doug Jemal who is performing a similar Seneca One transformation. And now he's spending all those millions on the Statler.

"It's indeed an honor to be refurbishing it and putting it back to its original grandeur," Jemal said.

Jemal says that with partner Paul Millstein he first performed what he referred to as "open heart surgery in the building basement" with asbestos abatement and mechanical upgrades for the structure. It was a major hotel and events center in its glory days of the 1900s and he wants to bring that back for his self described downtown gem.

Next up is some residential renovation on the upper floors of the 'E' shaped building.

"That's the easiest part because it's a 20,000 square foot floor plate that's designed as an 'E' - windows on all sides," Jemal said.

Jemal expects there could be 600 to 700 residential units. Does he have a timetable for them? Jemal replied, "You could sleep here now." But he says that once they finish with the basic renovations those apartments could be available in, "probably 12 months. Twelve to 15 months I would say."

Otherwise Jemal says he is still figuring out the right flow for the massive building.

"I wanna really look at the design and the flow of the building and I haven't figured all that out yet," Jemal said. "You know receiving and making the whole thing work.

He does have thoughts of maybe a casino - which might be a tough sell with the state and Senecas. Jemal notes, "I wasn't a proponent of gaming but being that you have gaming in Buffalo you might as well go get the money from it."

2 On Your Side then asked, "But would you see that as part of the mix?"

Jemal replied, "I would absolutely see it."

And there's more in his grand plan for the Statler.

"I would also see you know extensions to the convention center with the other 100,000 feet because it's obvious the convention center is smaller than it should be at the present time," Jemal said. "And we all know that on Mohawk there was a plan at one time to build a new convention center. And that may happen someday and I certainly would support whatever the city decides to do. But in the meantime let's talk about what we have and what we could do rather than what we don't have and can't do."