Cuomo on state budget: 'Most complicated, most ambitious' 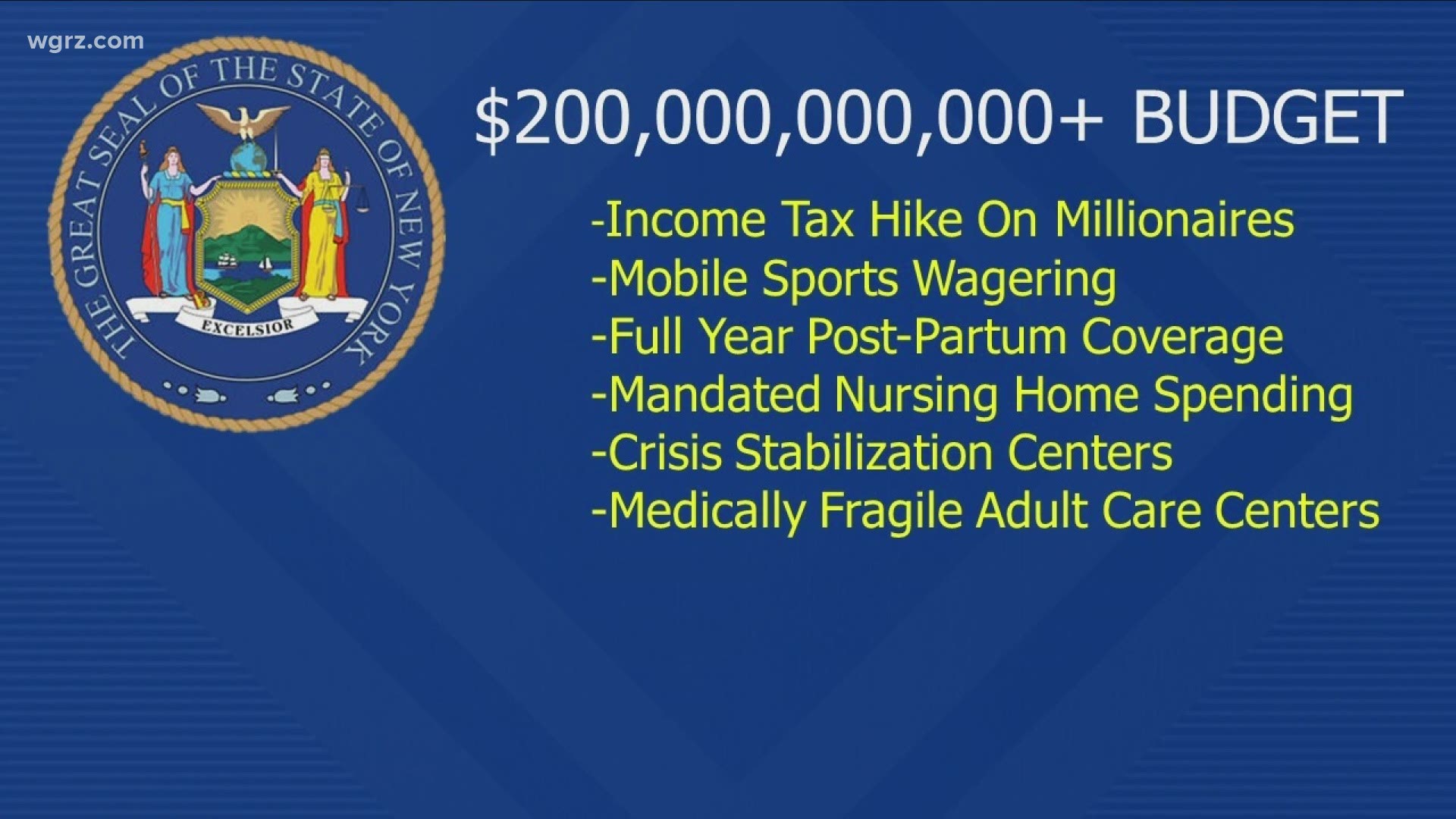 BUFFALO, N.Y. — In a conference call with reporters Monday, Governor Andrew Cuomo was generous with praise for the leaders of the state legislature over this year’s budget negotiations. He added ne believed there was agreement “on all issues” possibly signaling an end to the budget process.

The budget is late. It was due on April 1. The State Comptroller Thomas DiNapoli is on the record saying a delay past the end of business on Tuesday may mean state workers will not get their next paycheck on time.

What’s in the budget?

But until final versions of the 10 separate budget bills are printed out for both the Assembly and Senate, details remain unclear.

It appears the 2021-2022 state budget will be the largest ever, at more than $200-billion. Taxes for millionaires will be up. And mobile sports betting is to be legalized in the state. That would raise some issues for Native American tribes that operate casinos in New York.

A spokesman for the Seneca Nation says leaders are monitoring the developments on the issue and are eager to see the enabling bill language before offering a public opinion.

Already settled is adult-use marijuana, although rollout is expected to take 18 to 24 months before cannabis would be available through licensed retail stores.

Also included in what appears to be final budget bills is spending mandates for nursing homes. Specifically, all residential care facilities operating in the state would be required to spend 70 percent of all revenue on resident care or face penalties.