Organizers say they expected more than 1,000 fans to watch the Bills play the Kansas City Chiefs on Sunday Night Football. 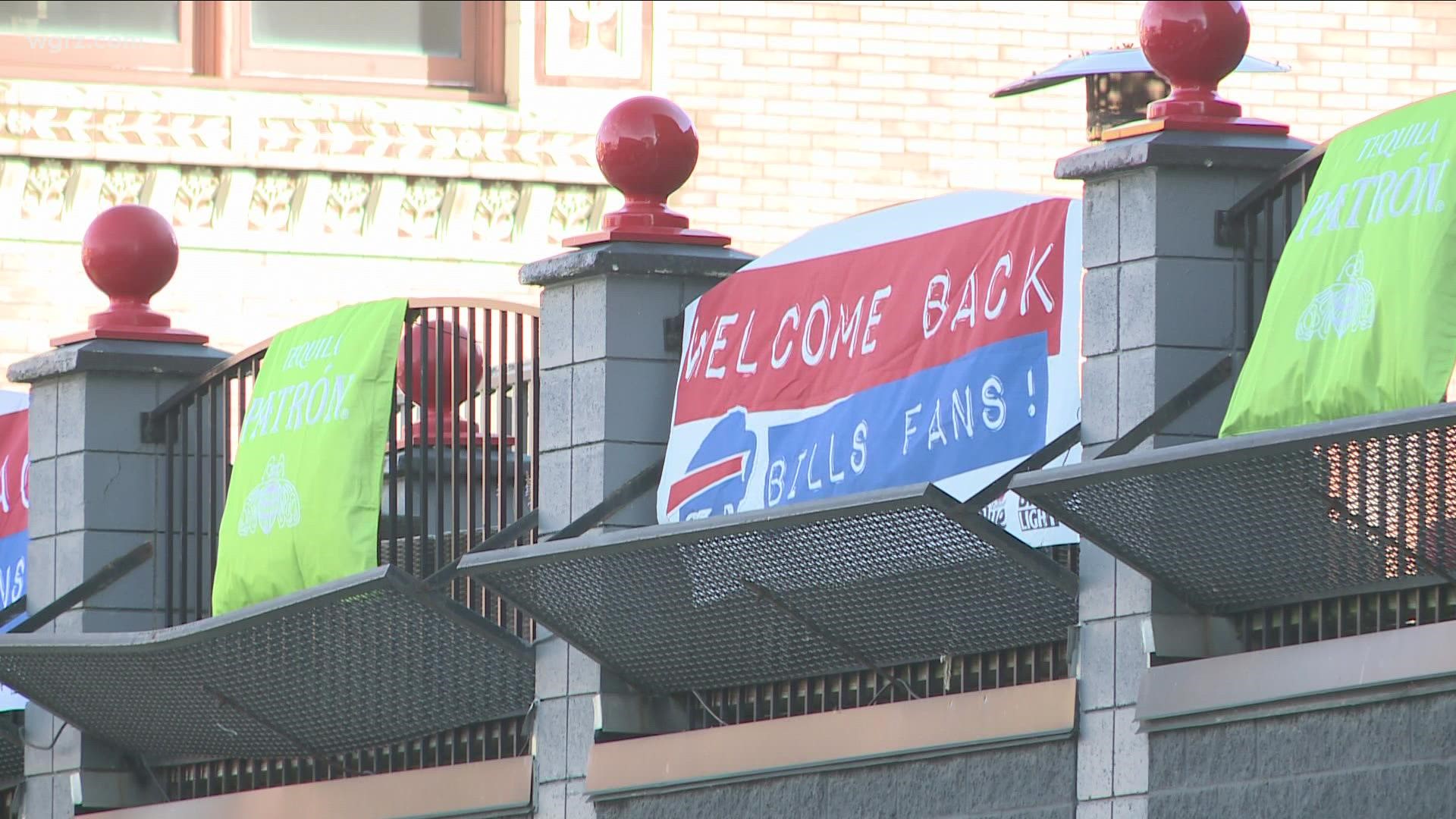 BUFFALO, N.Y. — If you weren't in Kansas City to watch the Bills take on the Chiefs, then Chippewa was certainly the place to be for Sunday Night Football.

Sunday was the second Bills Block Party, and this week's was even bigger and better than the first one against the Miami Dolphins, which successfully brought out over 700 fans in September.

Business owners from Soho, 67 West, Rec Room, Local Kitchen & Bar, Buffalo Taphouse, and Bottoms UP came together to pull off the watch party with the city's support.

Chris Ring is co-owner at Rec Room, and he says given the fact that they had more time to plan this time they took production to a new level.

WELL…
Chippewa is about to be RAGING with #BillsMafia fans in T-2 hours.

Literally, what other fan would you want to be right now?

The 2nd @BuffaloBills Block Party is about to be 1,000 fans deep…love my city! @WGRZ

I’ll be back here, LIVE AT 6! pic.twitter.com/CnnQAKP2hS

"People are still looking for things to do," Ring says. "We want people to know Chippewa is a destination during the day too."

"We've have people traveling in from Ohio, Pennsylvania, Rochester that have been looking for something to do basically for these away games," Ring shares.

Not to mention, hometown fans, of course.

Cyle and Emina Stoczynski are from North Buffalo, and they missed the first block party. They said there's no way they were missing the second.

"This is the next best place to be if you can't be in Kansas City," Cyle Stoczynski says. "You're always trying to go and find the perfect bar, the perfect place to go, but this is something that's like so epic."

Makes you wonder why it took so many years to pull off.

Ring tells 2 On Your Side that the success of last year's "Playoffs On The Patios" event really helped when it came to getting the city on board and bringing "Bills Block Party" to life once a month for away games.

"Every step of the way they've been super supportive, helping us to get all the permits, all the people to sign off on it, and media as well," Ring says.

Tickets can be purchased online ahead of the next block parties, which are scheduled on Sunday, November 14 against the New York Jets, and Sunday, December 26 against New England. 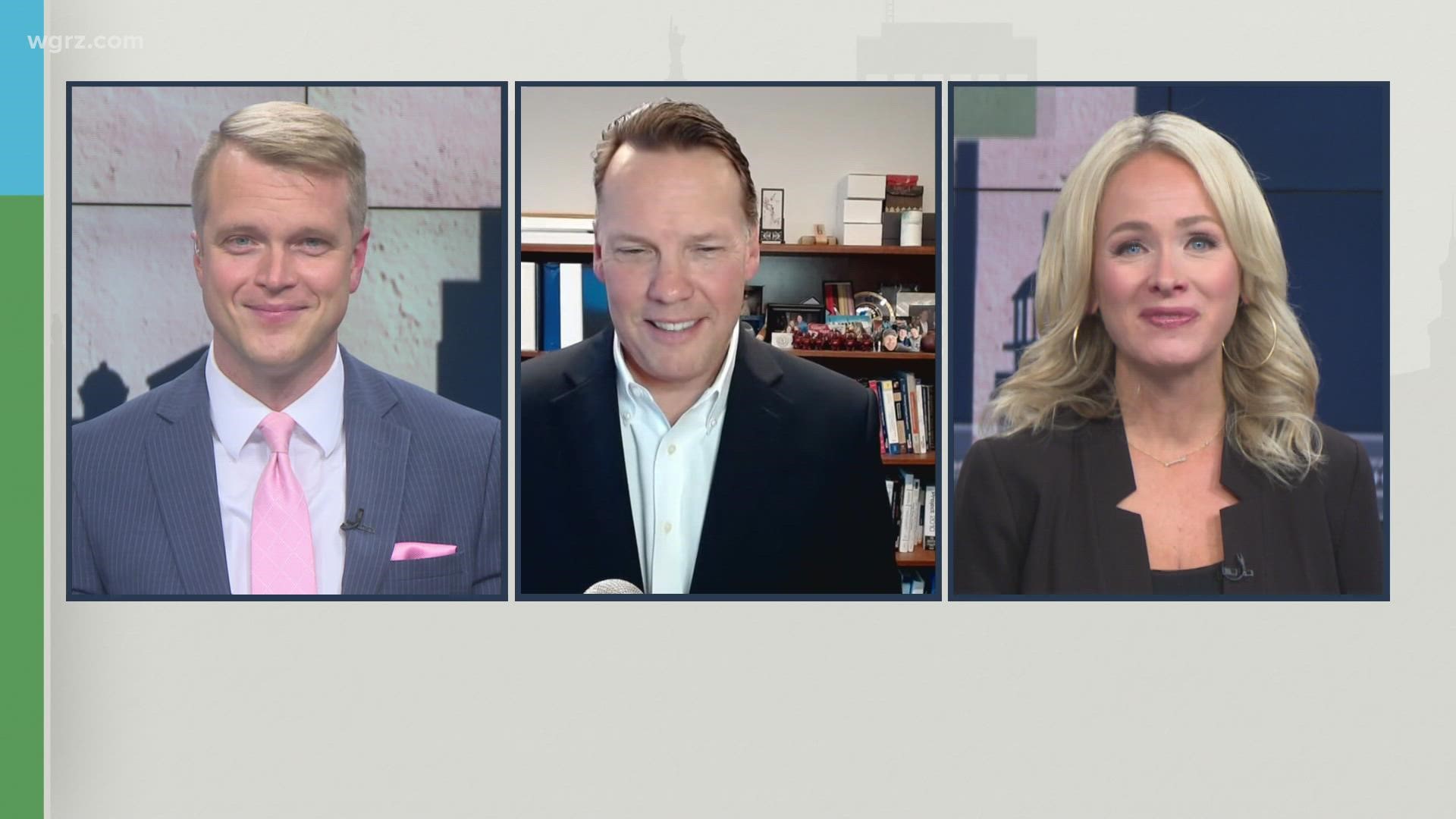