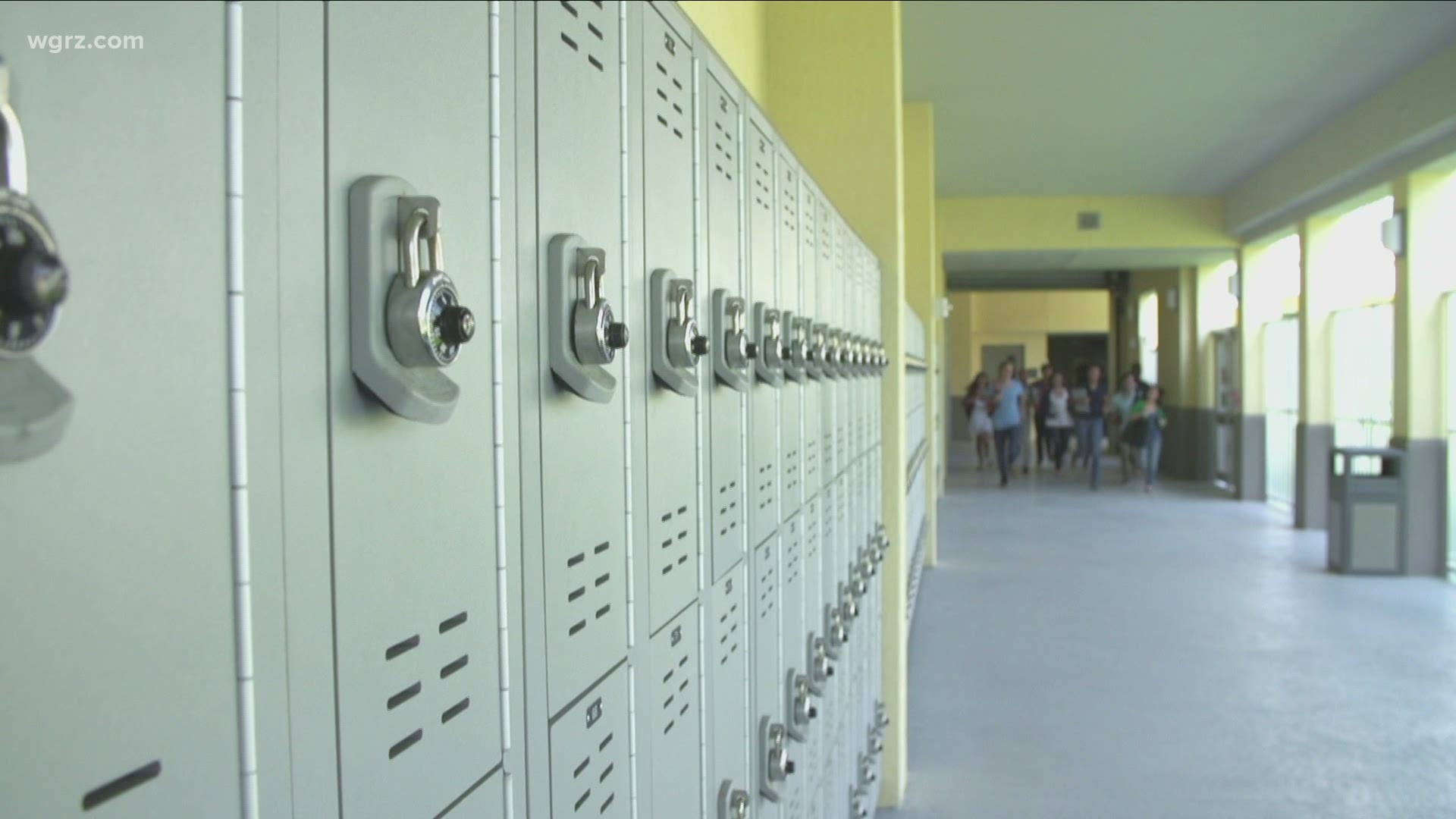 BUFFALO, N.Y. — As hundreds of millions of dollars in federal funding from pandemic recovery programs along with additional state aid pour into the Buffalo School District coffers over the next three years, some community leaders want to put more pressure on the district when it comes to student performance levels.

Here's one perspective from Sam Radford of the Urban Think Tank group on all that extra money for education in Buffalo city schools.

"We often hear that we can't do the things that need to be done to make sure our children are successful because we just don't have the money," Radford said. "Well for the first time in Buffalo's history we got more money than we ever have."

And with that estimated education spending boost of over $360 million comes a call for greater scrutiny over how school district leaders and the school board decides to spend it. The Urban Think Tank group of community and religious leaders wants city council looking over their shoulders.

The group's president Bishop Michael Badger says, "Those Common Council people - we elect them to look at the safety and welfare of our city. And it can't just be you know streets and lighting. Education is I think the engine either to drive a city to prosperity or keep it in poverty."

They're referencing what they say is poor performance - citing 2019 state figures that 75 percent of city students were below grade level in English and language arts while 80 percent were below in math. That's despite an increase in district graduation rates which occurred without some student testing in the pandemic.

"While we're talking about a 76 percent graduation rate, the challenge is they can't perform to what that diploma says that they should be able to," Badger said. "That being said I think all of us should be concerned. That we do things differently to ensure that the future of our children and of this city is bright because we used these dollars the right way."

Radford adds, "We wanna make sure that the outcome of the spending of this - it's $375 million in additional funding for the district - that would make sure kids are at one - reading and writing and math at grade level and kids graduating college, career ready."

The Urban Think Tank also wants to make sure that Virtual Learning Centers used in remote learning in Buffalo are kept in place or even added at churches or community centers to boost opportunities for children to learn and be occupied.

The public can weigh in too with a forum set by city council's education subcommittee set for 11 a.m. next Tuesday, June 15 on Zoom. Education Subcommittee Chairman Brian Bollman says to take part you need to get the Zoom log-in and be added to the agenda to speak by contacting the Common Council Central staff at (716) 851-5105; Or sign up by an email to Jmontour@City-Buffalo.com.

Council President Darius Pridgen emphasizes that council is limited to just  advise and making suggestions to the school district.

A district spokesperson quotes Dr. Will Keresztes in this statement:

"The District encourages all stakeholder and civic groups to participate in our public engagement opportunities related to stimulus funding. Since April, we have held several public meetings. We have an ongoing survey and email portal open for recommendations and we will host additional public meetings in the coming months.

"Additionally, the District participates in all Common Council Education Committee meetings, so we welcome that opportunity to update the Common Council on our public engagement process."