Starbucks Workers United said the workers at Walden and Anderson in Cheektowaga and at Transit Commons will file petitions to hold union elections. 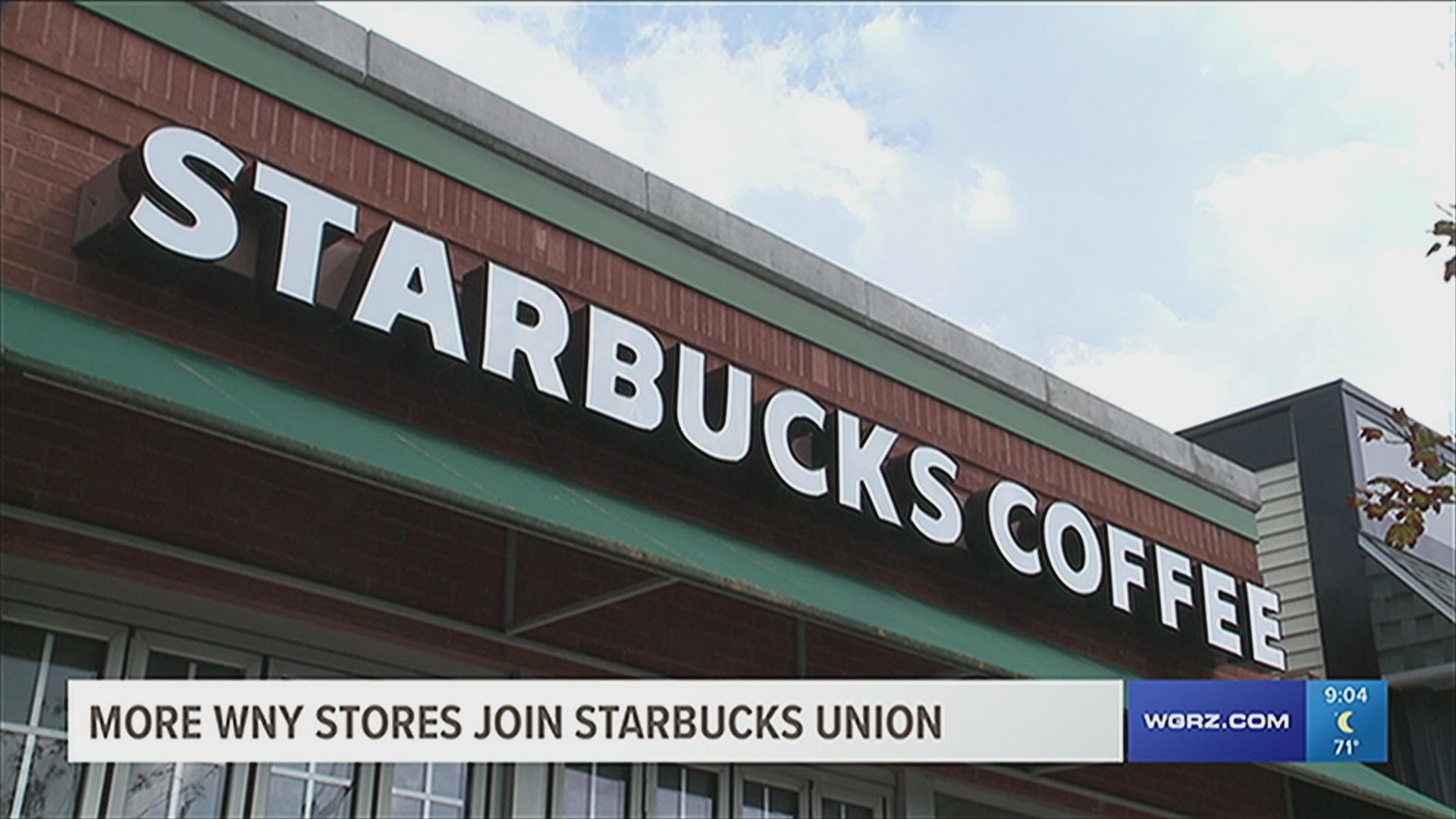 The group Starbucks Workers United announced Wednesday that the workers at Walden and Anderson in Cheektowaga and at Transit Commons will file petitions to hold union elections. That's on top of three other spots that made similar announcement last week.

The union accused Starbucks of trying to break up union efforts at those other stores after the announcement.

"Rosanne Williams, the president of Starbucks in North America, has been saying she's to our stores to do things like inspect the carpet." according to Jaz Brisack, an Elmwood Avenue Starbucks barista. "That's completely ridiculous, and everyone knows that she's here to address the union.

"That means people are afraid. She's coming into our back rooms on break, pulling people off the floor, sitting in parking lots, watching what we're doing."

2 On Your Side reached out to Starbucks for a response. A spokesperson said it's normal for leaders to have listening sessions with workers and that these visits were not anything out of the ordinary.