What happened to the $50M in Tesla equipment stored in Wheatfield?

It's still there while Empire State Development continues to look for a use or a buyer for the unused solar manufacturing equipment. 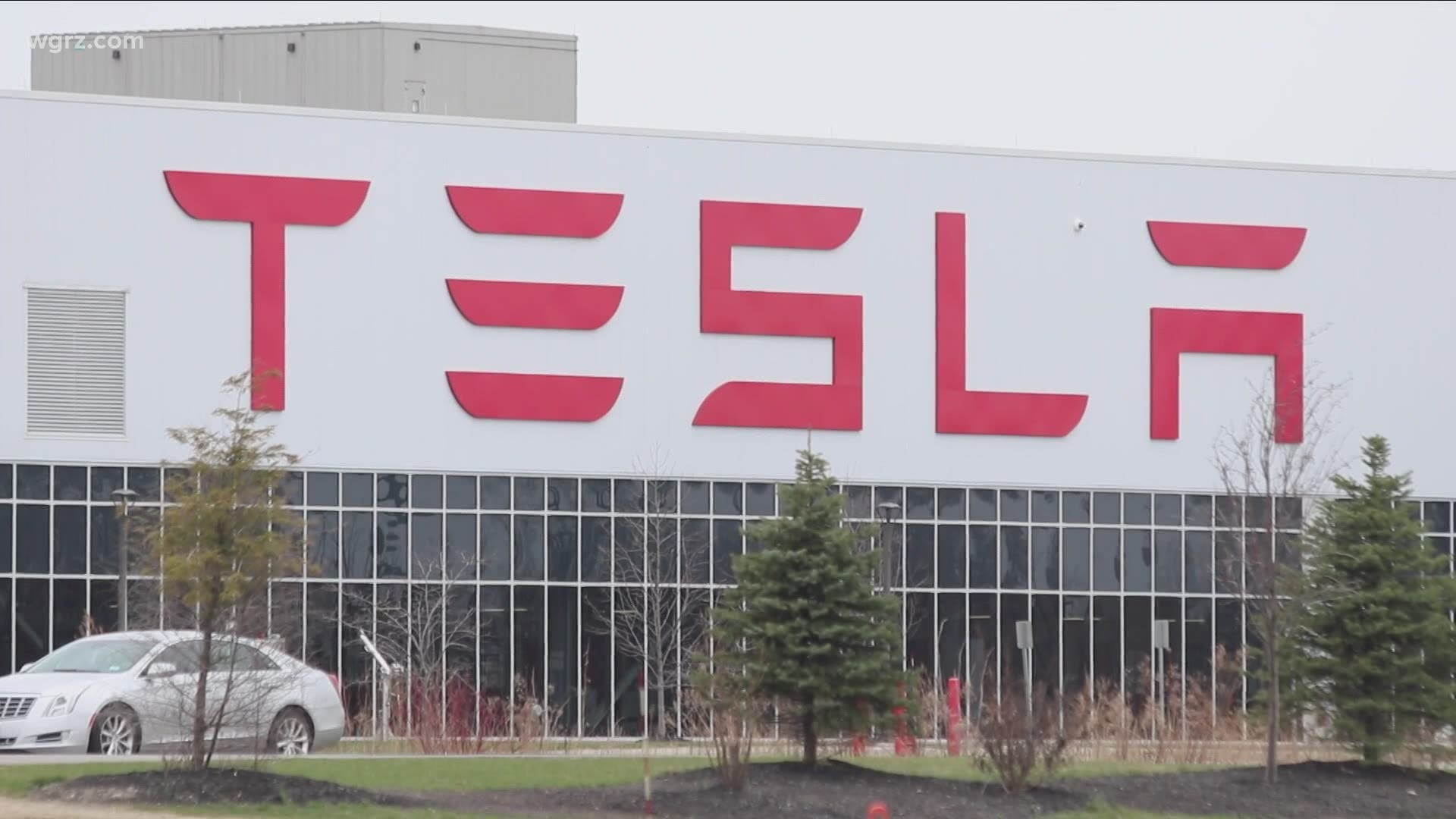 And while the founder and CEO of Tesla made that disclosure on national television, his company has yet to talk about $50 million in unused solar manufacturing equipment sitting idle.

In February and March 2020, 2 On Your Side reported on how a large amount of crated machinery has been quietly moved out of Tesla’s South Buffalo factory. The equipment was moved to the Wheatfield Business Park where it occupied 30,000 to 60,000 square feet.

Tesla’s state-government landlord in Buffalo is the state government agency, Empire State Development. ESD disclosed that the amount of money paid for the mothballed equipment was around $50 million, and that the machinery needed to be moved because it was not being used and Tesla needed the space for other products it wanted to produce at the factory.

The moved equipment accounts for a fraction of what state government spent to lure Tesla to New York State. An audit published in 2018 put the total cost of Buffalo Gigafactory at just shy of $1 billion to build what was being touted at the time as the largest solar panel manufacturing facility in the Western Hemisphere. That cost includes $298.5 million spent on equipment for the factory. State government paid for all of it and offered the plant to Tesla in exchange for $1 a year.

But, what prompted Tesla to jettison $50 million worth of the equipment purchased for the factory?

Some of the answers can be found in the invoices. Months after 2 On Your Side filed a Freedom of Information Law request, state government produced invoices for 82 equipment purchases. The total spent (which required converting prices in Euros and Japanese Yen to be converted into US dollars) on these invoices is $153.7 million. It is approximately half of the total expenditure on equipment. (Through our attorney, 2 On-Your-Side has demanded the remainder of the invoices).

However, the incomplete set of invoices does tell us a few things about equipment purchases.

The very first purchase was dated March 6, 2015. This was just six-months after ground breaking at the factory. Without a roof or walls on the factory yet, the equipment has to be stored somewhere until it could be installed.

Somewhere turned out to be Speed Global Warehouse Services on in Buffalo. 2 On Your Side discovered this in a notation on an October 2016 invoice which noted: “Offsite Warehouse Address, 2321 Kenmore Avenue."

That month was also when Musk unveiled for the world, his vision for home solar energy, roofing tiles that are small solar panels. And this roofing product was to be manufactured at the Buffalo plant. The announcement brought changes to equipment purchases.

An invoice from October 2017 noted the purchase was for “reconfiguration for Tesla solar roof tile manufacturing." The exact amount of what it cost to re-equip the factory has not been disclosed to 2 On Your Side. But in our original reporting in 2020, ESD disclosed that the move toward making solar roofing tiles did not work with some equipment that had been purchased. This led to the $50 million in loaded crates and pallets being moved to the Wheatfield warehouse.

“They probably shouldn’t have ordered all that equipment, unless they had a commitment out of Tesla that’s what they needed,” said State Senator Sean Ryan.

On a tour of Tesla over a year ago, Ryan had seen the crates and loaded pallets taking up floor space in the factory. He had heard the equipment had been offered to Tesla’s then manufacturing partner, Panasonic, who passed on all of it.

And taxpayers may cringe when they hear what Ryan thinks will ultimately happen to the $50 million of equipment sitting idle in Wheatfield.

Ryan said, “My prediction is it will meet the recycling bin, sooner or later, because every year that goes by that equipment just becomes out of date and obsolete.”

Late on Monday, Empire State Development did respond to some of our questions about the unused equipment.

The big question is whether the state agency or Tesla had found a new use or buyer for the $50 million in solar manufacturing equipment. The short answer is no. It's still in Wheatfield.

In the statement, ESD said, "We are seeking alternative uses for the equipment, including making it available to other high-tech businesses that are considering a move or expansion in New York, or selling to interested bidders.”

These alternative uses are the same ones mentioned by ESD a year ago when we first reported on this story.

While news that the equipment is still in a warehouse may not make taxpayers very happy, there is indicating state government is done shelling out for Tesla.

Storage of the unused equipment is being paid for by Tesla. And 2 On Your Side has been assured that should Tesla again change its mind on what it wants to make at the Buffalo factory, the California-based company will be on the hook to pay for any new equipment it may need.

2 On Your Side also reached out to Tesla. The company did not respond.