Allen Street Hardware Café in downtown Buffalo has been closed since COVID began, and it plans to stay closed until the curfew is lifted. 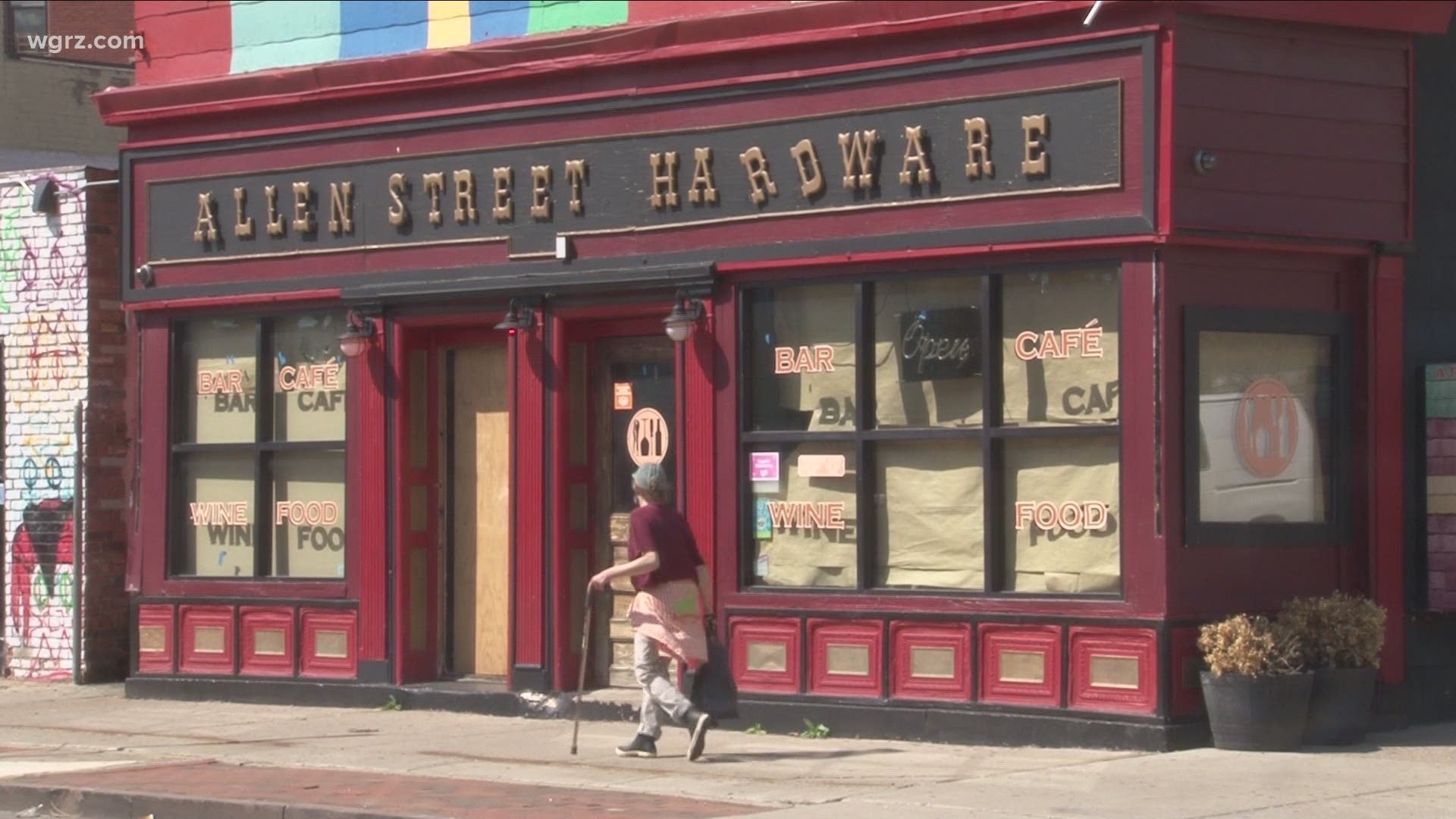 That's because it's been closed, and it won't be open anytime soon.

"It's the 11 p.m. curfew that's the only thing standing in the way of me opening," owner Charlie Goldman said.

Goldman says the curfew drastically cuts his hours, which isn't the way to run his business.

"It's very hard for me to operate four hours a day and pay my bills," Goldman said.

Allen Street Hardware Café is one of many restaurants left in limbo right now as they wait for some ease on restrictions in place.

Some restaurants have been involved in legal action against the state, including Rookies Sports Bar and Grill in East Aurora.

"I think there was an expectation that everybody would be opening up and that this wouldn't be an, 'OK, just these places,' " general manager Tony Lupiani said.

All restaurants must still require customers to purchase food with their alcohol, a policy that was recently extended by the the Governor's Office.

She says she's hopeful the state will lift the curfew by the end of the month.

2 On Your Side asked the Governor's Office about it but hasn't heard back.