Some business owners say they cannot compete with the current package of unemployment benefits. That's forcing some employers to face difficult choices. 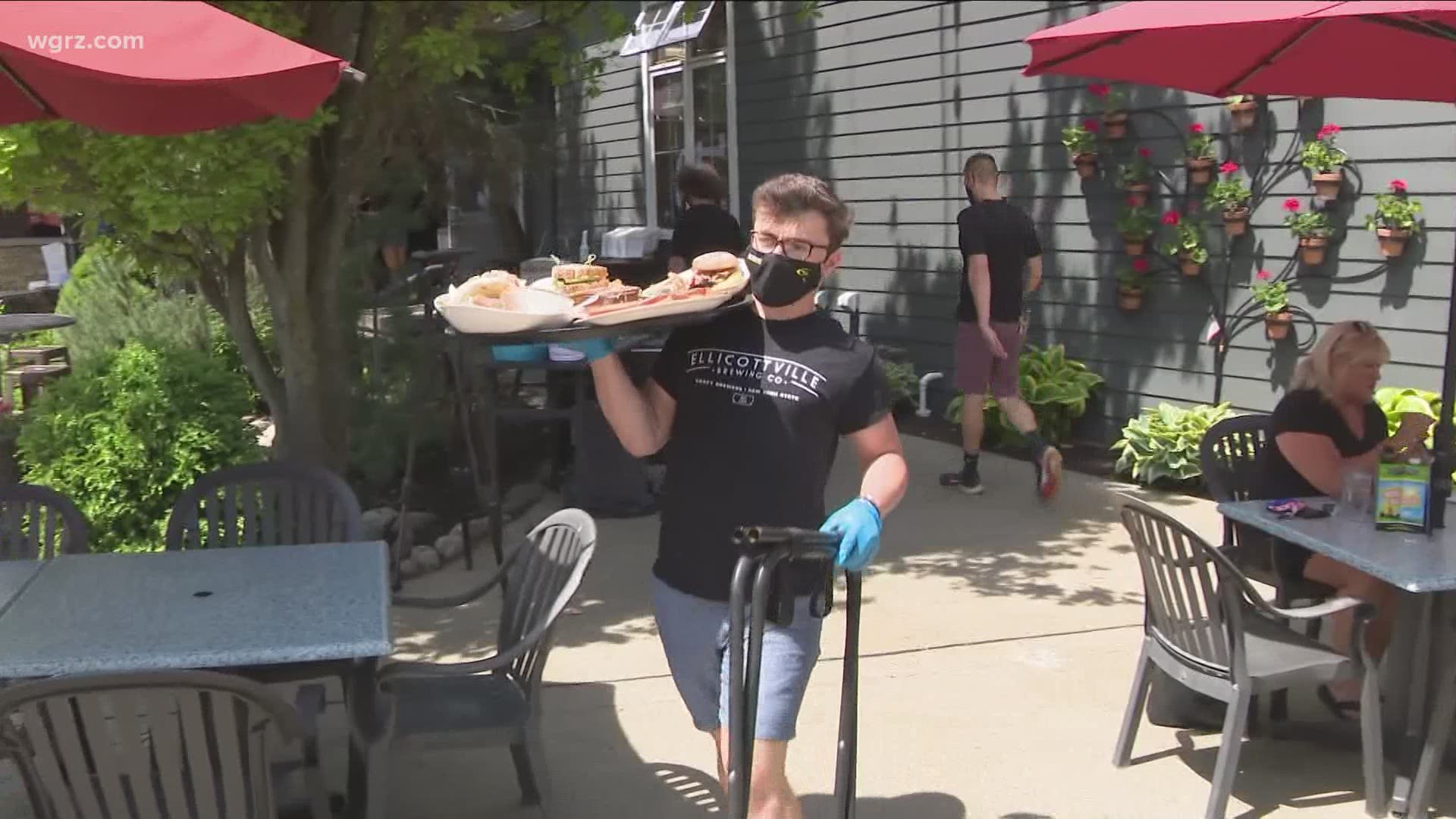 ELLICOTTVILLE, N.Y. — Ellicottville Brewing Company was hopping during the Friday lunch hour. A team of employees was hustling, serving up meals and the establishment’s beer offerings.

And just as the Spring/Summer tourist season begins, the business is also down 32 staffers.

Kleinheden is referring to the enhanced unemployment benefits available to the jobless during the COVID pandemic.

Many small businesses say they cannot compete with that. One of them is Amber Rafi. She and her husband own two restaurants. One in Olean is up and running. Their eatery in Ellicottville is closed. The staff who used to work here have not returned, so they are hoping they can make enough in Olean to keep both restaurants afloat.

State Senator George Borrello held a news conference Friday in Ellicottville to call for an end to the enhanced federal benefit to New York’s unemployed.

Although the additional federal benefit expires in September, Borrello worries about the survival of business, and what that means for job hunters.

“Are there going to be jobs for those people? Are they going to be able to feed their families?” he asked.

Borrello believes the enhanced unemployment benefits are a factor in the state’s 8.2% unemployment rate. Only California (8.3%) and Hawaii (8.5%) have higher jobless rates.

For the brewery, a smaller staff means they are anticipating less revenue for the season, which signals more possible staffing woes down the road.

“You have to have these increase revenues to keep key staff every year because I’m sure, like everybody you want your 5, 6, 12 percent bump a year, right?” Kreinheder said.