The electric car and solar panel maker notified its employees about the staff cuts and other plans in an email posted on Tesla Inc.'s website. 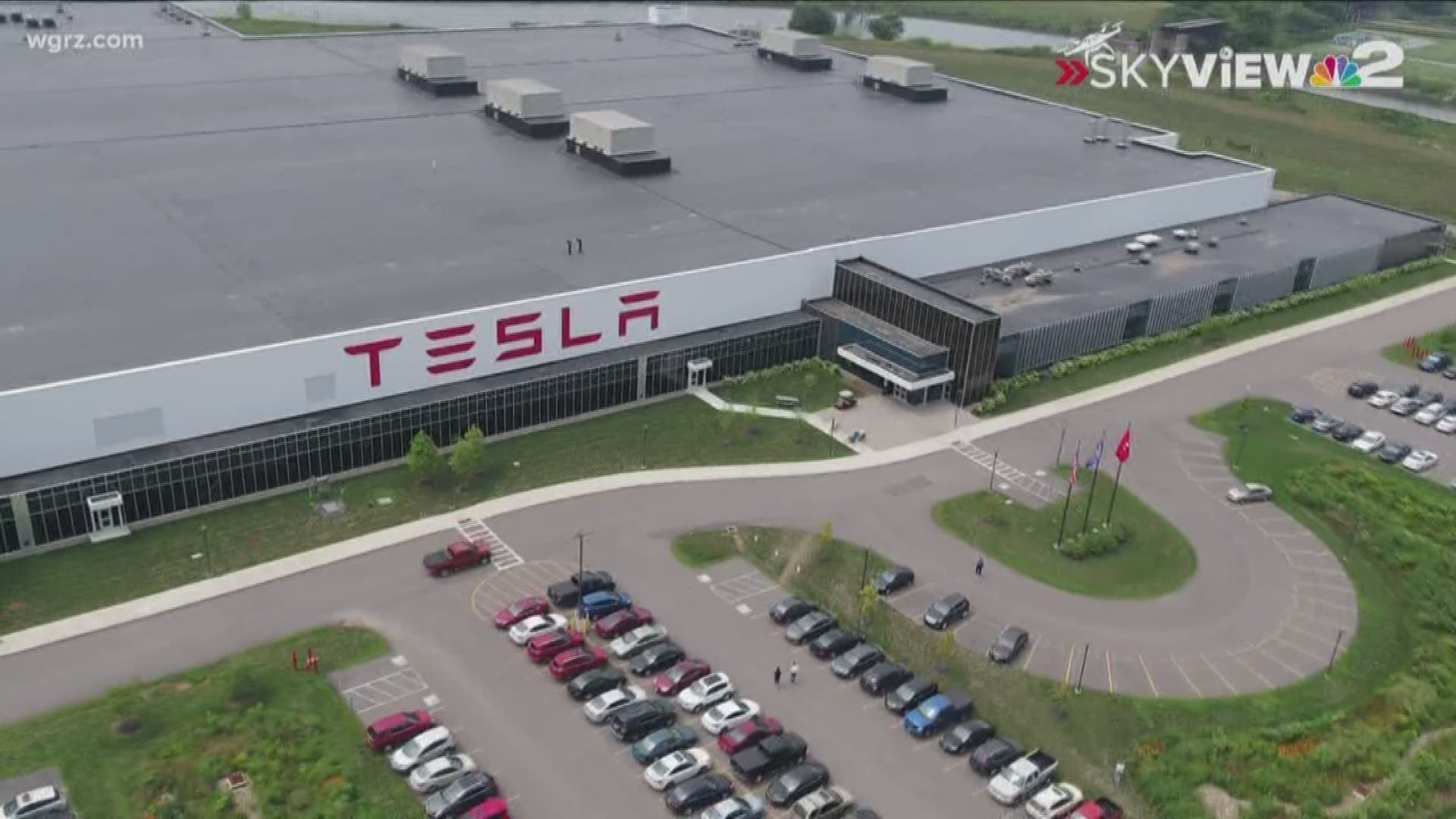 BUFFALO, N.Y. — Saying the road ahead was "very difficult," Tesla's CEO Elon Musk said Friday that the company would be cutting its staff by about 7 percent, and that could translate into as many as 50 Western New Yorkers losing their jobs at the company's factory in South Buffalo.

The electric car and solar panel maker notified its employees about the staff cuts and other plans in an email posted on Tesla Inc.'s website.

A spokesperson for Governor Andrew Cuomo said early Friday that the local solar plant would not be affected by the cuts, but that was due to a miscommunication.

She sounded optimistic, despite the tough news from Tesla.

"(Tesla has) committed to us that this will not affect, whatsoever, their commitment to Buffalo and their desire to continue their production line for the solar panels, and so this may be a temporary setback, but we're going to continue moving forward and the rest of the jobs will be protected," Hochul said.

Tesla has about 400 workers at the Riverbend site. That's in addition to about 400 people who work for Panasonic, as part of a partnership at the plant.

Its contract with New York State requires Tesla have 500 workers at the plant by this coming Spring. The company has already met that goal; however, the jobs requirement jumps up to 1,460 by April of 2020. If Tesla does not meet those hiring goals, it would have to pay tens of millions of dollars in penalties.

Musk said Tesla hopes to post a "tiny profit" in the current quarter but a 30 percent expansion in its workforce last year was more than it can support.

"Our products are too expensive for most people," Musk said in the memo to Tesla staff. saying the company has to "work harder."

"Tesla has only been producing cars for about a decade and we're up against massive, entrenched competitors," he said.

Musk said in a tweet in October that Tesla, based on Palo Alto, California, had 45,000 employees. A 7 percent cut would involve laying off about 3,150 people.

"We unfortunately have no choice but to reduce full-time employee headcount by approximately 7 percent ... and retain only the most critical temps and contractors," he said.

The company says it delivered over 245,000 electric cars and SUVs last year, nearly as many as all previous years combined. But its 2018 production fell far short of a goal set nearly three years ago of manufacturing 500,000 vehicles for the year. That goal was announced in May of 2016 based on advance orders for its mid-range Model 3, which Musk said sells for $44,000.

Musk said Tesla plans to ramp up production of the Model 3, "as we need to reach more customers who can afford our vehicles."

"Attempting to build affordable clean energy products at scale necessarily requires extreme effort and relentless creativity," he said in the memo, "but succeeding in our mission is essential to ensure that the future is good, so we must do everything we can to advance the cause."

Tesla broke ground earlier this month for a factory in Shanghai, its first outside the United States. Musk said it plans to begin production there of the Model 3 and a planned crossover by the year's end.

Tesla and other global automakers including General Motors Co., Volkswagen AG and Nissan Motor Corp. are pouring billions of dollars into manufacturing electric vehicles in China.

A Rapid Response Team from the New York State Department of Labor will assist Buffalo-area workers who lose their jobs.