Workers at Spot's Williamsville location say a manager was fired after refusing to name employees who went to a union meeting. 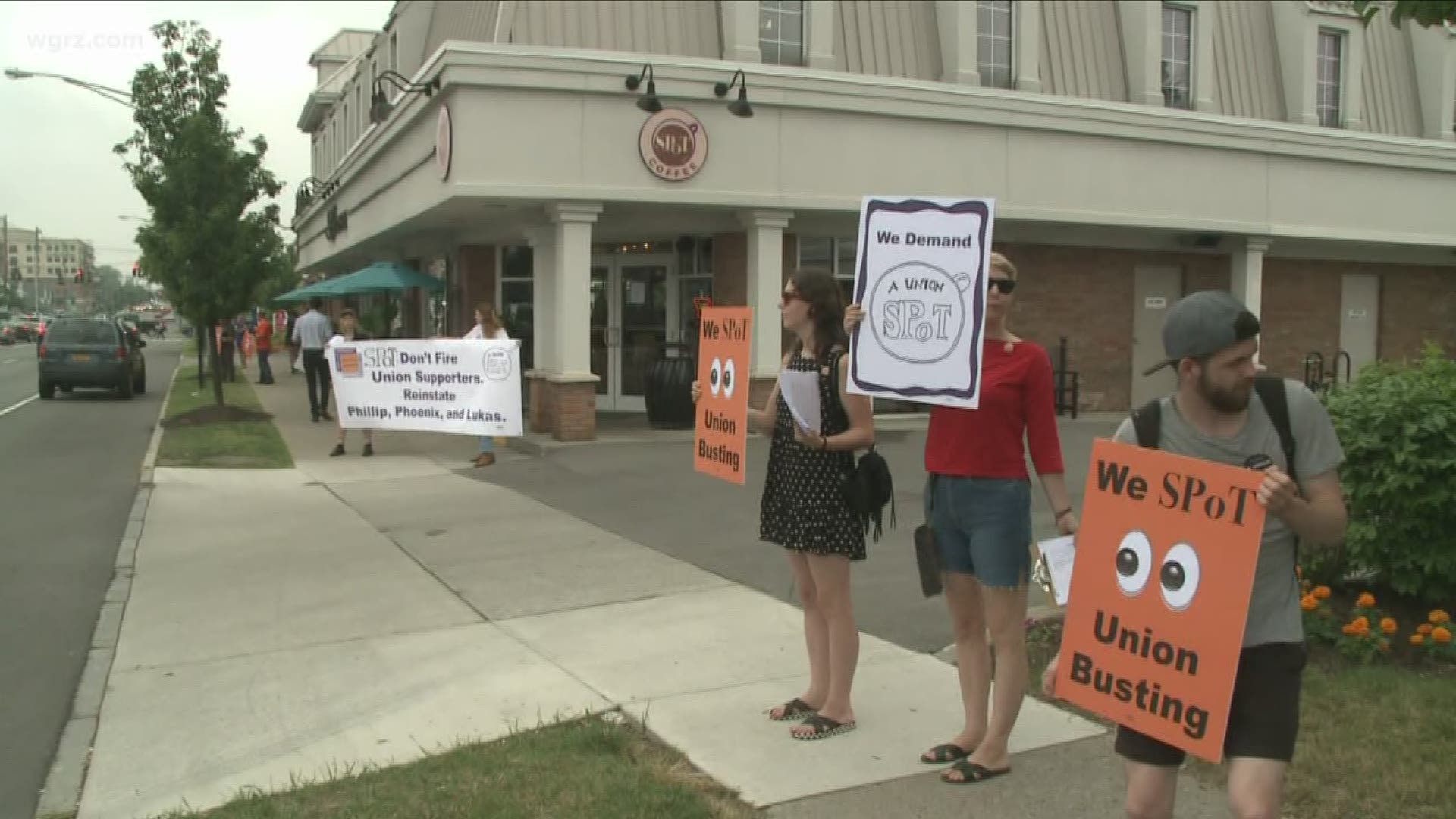 Workers rallied at Spot's Williamsville location on Wednesday, where they say a manager was fired after refusing to name the employees who went to a union meeting.

The two employees who organized the meeting were also fired.

Union leaders say they're filing a complaint with the National Labor Relations Board on the employees' behalf.

"This isn't the first time that people have been fired without any sort of reasoning," Ben Steele, a Spot Coffee employee, said. "Without a union here, we aren't protected. We don't have to be given a reason if we're fired. Anyone who's worked here knows someone who they've told, 'We're sorry, we're just going in another direction. I'll walk you out.' "

2 On Your Side asked Spot Coffee for a response on Wednesday, and the company hasn't gotten back to us. But the company did release a statement on its Facebook page on Thursday:

Hello, everyone. Thank you for your patience.

Recent allegations in the media suggest that three Spot Coffee employees were discharged for improper reasons. Spot adamantly denies these claims. While our Company does not publicly discuss its personnel decisions, all of Spot Coffee’s personnel actions – including the recent employment terminations discussed in the media – are taken for lawful business reasons. Our employee team is, and always has been, a critical aspect of our business. For this reason, Spot considers the recent media allegations to be a very serious matter.

Spot Coffee is fully prepared to defend its business decisions before the National Labor Relations Board.

State Senator Tim Kennedy also released a statement about the situation on Thursday afternoon, urging a boycott of the business:

On a day when we’re celebrating America and the principles our country was founded upon, Spot Coffee has seemingly disregarded the very freedoms hardworking men and women deserve.

Reports of three Spot Coffee workers being terminated for trying to organize a union are deeply disturbing and should be addressed and rectified immediately by Spot’s executive board. Men and women across Western New York and New York State deserve to have a voice in the workplace, and for decades, unions have ensured just that. Whether they’re negotiating fair wages or fighting to protect worker rights, New York’s unions are the backbone of the middle class, and they are an integral part of our nation.

Spot Coffee executives need to answer for these unlawful terminations, and until they do so, I urge Western New Yorkers to boycott their locations.

Paula's cannoli doughnuts are back