The Banshee Irish Pub is now open in downtown Buffalo

The Banshee is located inside the old D'Arcy McGee's Restaurant & Pub. The new pub is led by four partners, three of whom are from Ireland and one from Buffalo. 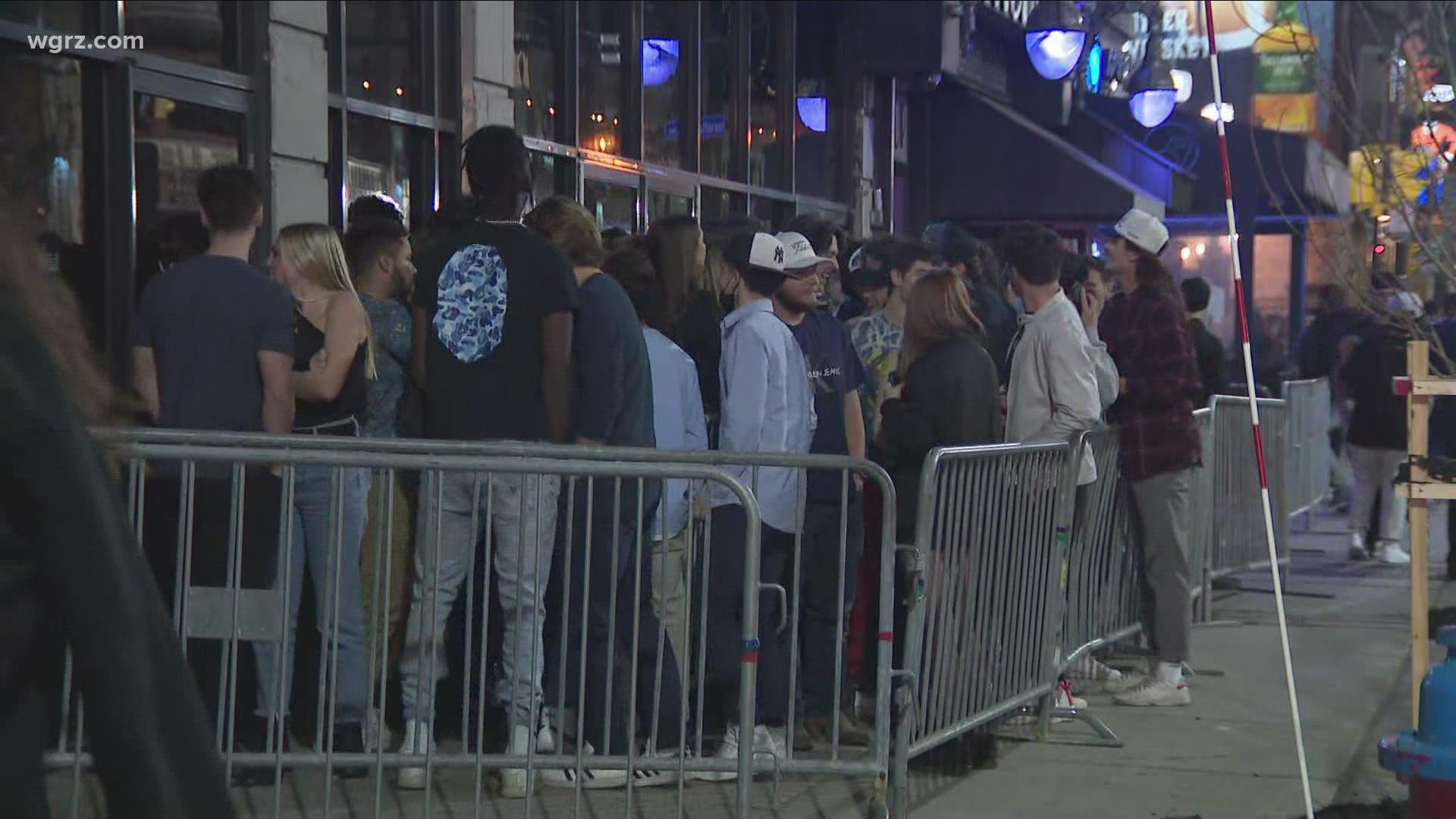 The Banshee Irish Pub on Franklin Street in downtown Buffalo is officially open, serving up some Irish classics for guests to enjoy.

The new pub is led by four partners, three of whom are from Ireland and one from Buffalo.

Co-owner Conor Hawkins says they spent summer overseeing changes to the space, including floors, paint, and other interior enhancements to bring Ireland to Buffalo.

"This is going to be the closest you're going to get to a pub that's back in Ireland," Hawkins says. "Everybody who has been here in the last week when we first opened commented that they love the vibe, they love the energy, they love you know the music."

Remember D’Arcy McGees? Say HELLO to new The Banshee Irish Pub at 257 Franklin, when I say this is giving me IRELAND…

SO proud of my buddy Conor Hawkins for putting his hometown spin on a space he started working at with his mentor the late great Marc Croce 20 yrs ago! @WGRZ pic.twitter.com/JtMSMGmKhC

There are 19 beers on tap, including eight Irish favorites. Starting next week, guests can choose on of their favorite Irish meals from the full menu, including Shepard's Pie, Corned beef & Cabbage, Chicken pot pie, Bangers 'n' Mash and much more.

"And it's got the best pour pint of Guinness anywhere in Buffalo, and I'm Irish so I think I'm a pretty good judge of that," Hawkins says.

While the launch has been slower than some other restaurants, Hawkins says, that's how they planned it.

"I think now is the right time. You know, you just got the beautification of Chippewa Street, you've got a lot more bars turning into restaurants. I think The Banshee is going to fit right in. It's going to be a great option for people coming down here to a Sabres game, people going over to a show at Shea's too," Hawkins emphasizes.

Even in the midst of a national labor shortage and a pandemic, The Banshee has managed to get the doors open and is hoping to stay that way.

"We're hoping to have a really good product, great food and a great experience. We want to offer delivery service too. Though we're hoping it doesn't go back to the way it was with restaurants shutting down, we're prepared to adapt," Hawkins says.

The Banshee is open weekdays and weekends, with live music on Fridays and Saturdays.

Every weekend starting at 7 a.m., you can catch European soccer, rugby, Gaelic football and hurling.