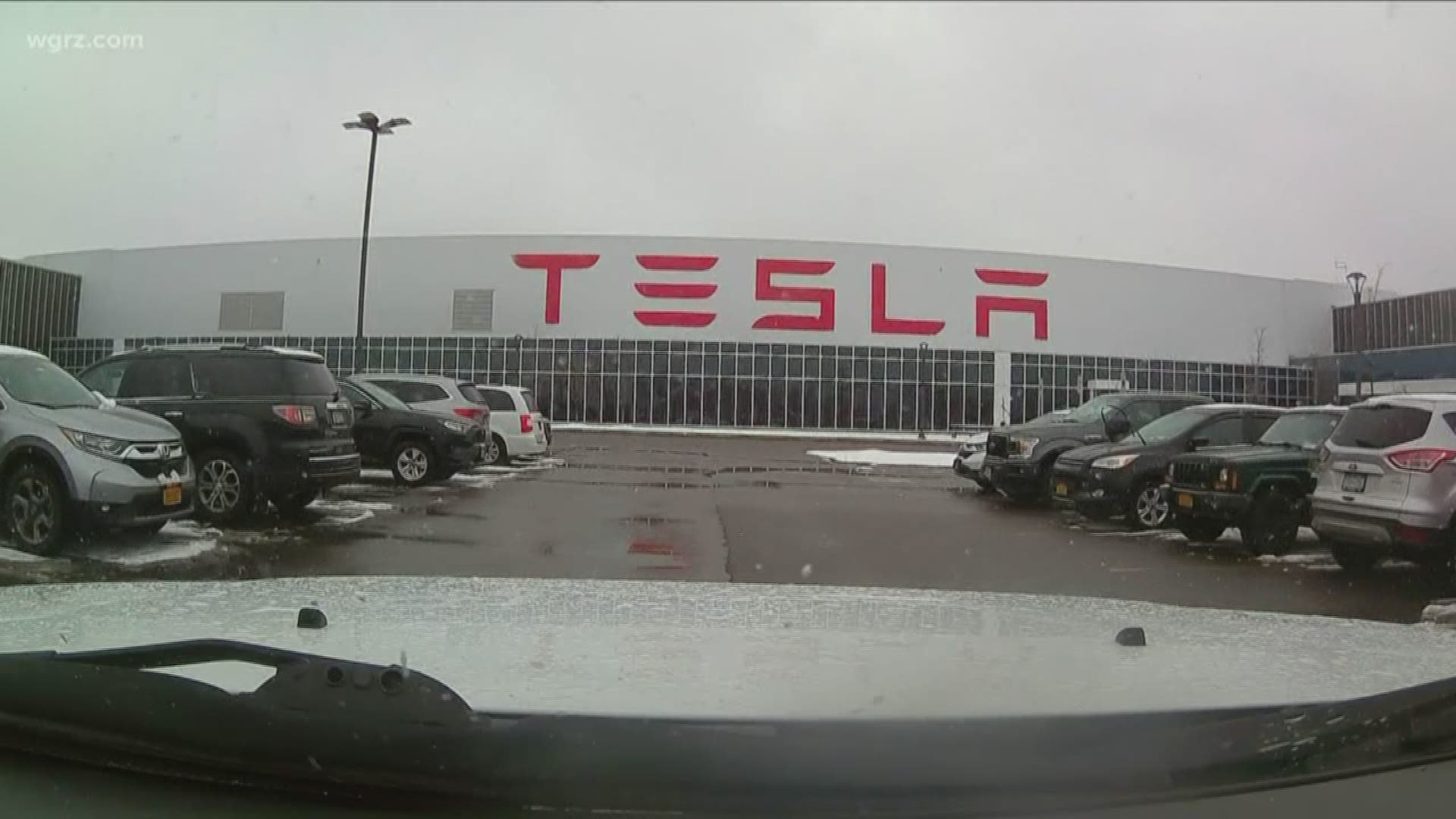 BUFFALO, N.Y. — You’ve probably heard (lots of times) the Tesla Gigafactory in South Buffalo costs state government $750 million. It turns out that number is low, by a lot.

According to the document, the factory and the land it sits on cost $660.1 million. But the state also purchased the equipment inside the factory. All that machinery cost another $297.5 million.

If you’ve been holding Tesla stock in your investment portfolio, congratulations.

Since announcing a fourth-quarter profit for 2019, the stock price has rocketed upward. Tesla stock is now up almost 150 percent from where it was a year ago.

The company is capitalizing on this, literally. Tesla announced Thursday that it would be selling $2 billion worth of additional stock to raise some money.

And Elon Musk fans are all a-twitter about the Tesla CEO’s tweeted announcement he’ll be visiting the South Buffalo plant in April to meet with employees. The tweet also mention some tours would be provided.

Access to the plant has been extremely limited. The only tour given local news media was about a year and a half ago.

Daybreak anchor Melissa Holmes was on that tour. There were lots of restrictions. No cameras were allowed inside. Tesla selected employees for interviews outside the plant after the tour. Video of the interior of the completed factory was provided by Tesla.

Holmes says on that tour, the factory and equipment didn’t really look like it had been used all that much.

"You kinda wanted to see things roughed up a little bit and see things that looked like they were really busy. But instead everything was very shiny, and very new, and there was a lot of unused space,” she said.

Buffalo Mayor Byron Brown says his tour of the plant just last week was quite different.

Brown says Tesla officials reported that there were 1,100 employees at the plant. The Mayor noted, “The diversity of the hires was impressive. There was a great cross-section of people from across the city and across the region that were working in the facility.”

What he saw boosted Mayor Brown’s confidence that Tesla will reach its contractual hiring target. The company’s contract with the state requires the South Buffalo factory to have 1,460 employees by April 30.

Failure to meet that figure would mean Tesla would owe state government $41 million in a penalty fee.