New York State now says December is the deadline for the company to create more than 1,400 good paying jobs at the South Buffalo plant. 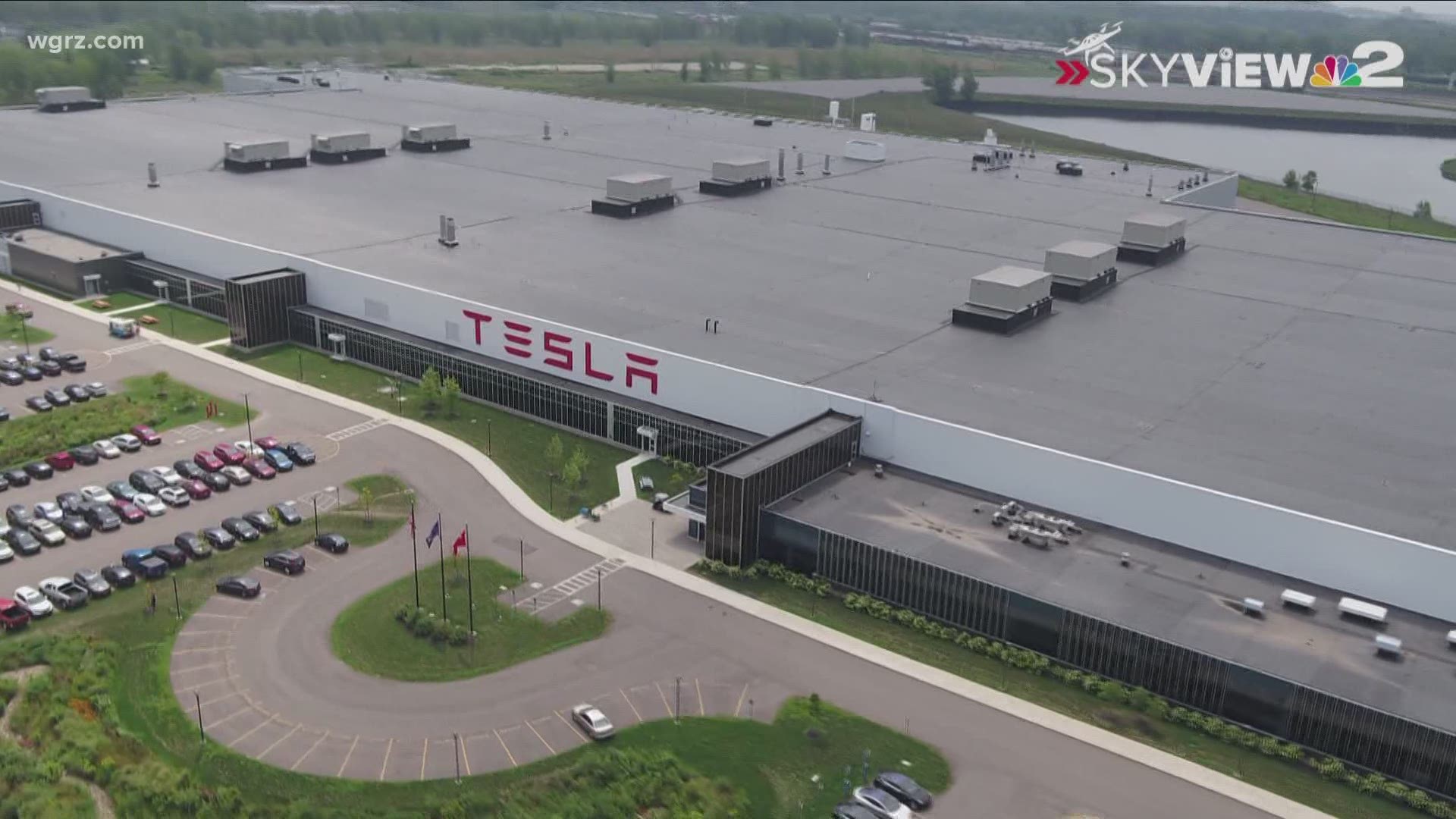 BUFFALO, N.Y. — It's one of the ultimate You Paid For It sites in Western New York: the huge Tesla plant along South Park in South Buffalo.

In exchange for hundreds of millions of dollars in taxpayer money, it was built on the promise of creating hundreds of good paying jobs. Now state lawmakers are watching closely because the state is giving Tesla even more time to reach those job goals.

At a cost of over $700 million and millions more to equip it from New York State and us as taxpayers, the Tesla plant rose from the Riverbend site in South Buffalo. But has that plant and its corporate owner, Elon Musk, risen to the commitment of creating over 1,400 good paying jobs in this area primarily through solar roof panel production?

There's been plenty of frustration among lawmakers who were thrilled when it was announced. State Senator Sean Ryan, who sits on the Senate Commerce, Economic Development, and Small Business Committee, says, "We've all been keeping our fingers crossed that this all works, and that we can become a solar hub in Buffalo with bringing a lot of manufacturing jobs here, and hopefully spinoffs. But there's been, you know, stop-and-start and hiccups, and nothing seems to have gone smoothly."

Assemblymember Pat Burke of Buffalo is a bit more blunt, saying in a statement: "There have been issues and scandal surrounding this project from its inception, and New Yorkers are tired of it. I understand there's a pandemic, but we have to make sure that isn't just the latest excuse for more broken promises."

That reference to the pandemic relates to the statement from the state's Empire State Development agency giving Tesla its requested extension on the deadline to meet the jobs commitment.

"Empire State Development will extend the opportunity for business relief through the end of the year 2021 for any qualifying ESD partners who continue to demonstrate COVID-19 related economic hardship, including Tesla, which now has an approved extension. This extension continues to be available to all ESD partners that can demonstrate that due to COVID-19 related business interruptions, they are temporarily unable to meet their obligations to New York State."

But after December, what could happen if they don't have all those workers on staff?

Ryan says: "Well we have the claw-back language, so if they don't hit their goals, and with their extension, they're going to have to pay the state $41 million. And we're going to hold them to it, but we'd rather have a factory full of people working."

He adds, "Nobody wins by this place failing, so we want it to work. I'd rather have a factory full of people working at just the start."

Another report on current employment from Tesla is due to the State ESD by May 31.