Strayos was picked among the 10 finalists who offered their pitches to judges Wednesday night at Shea's. 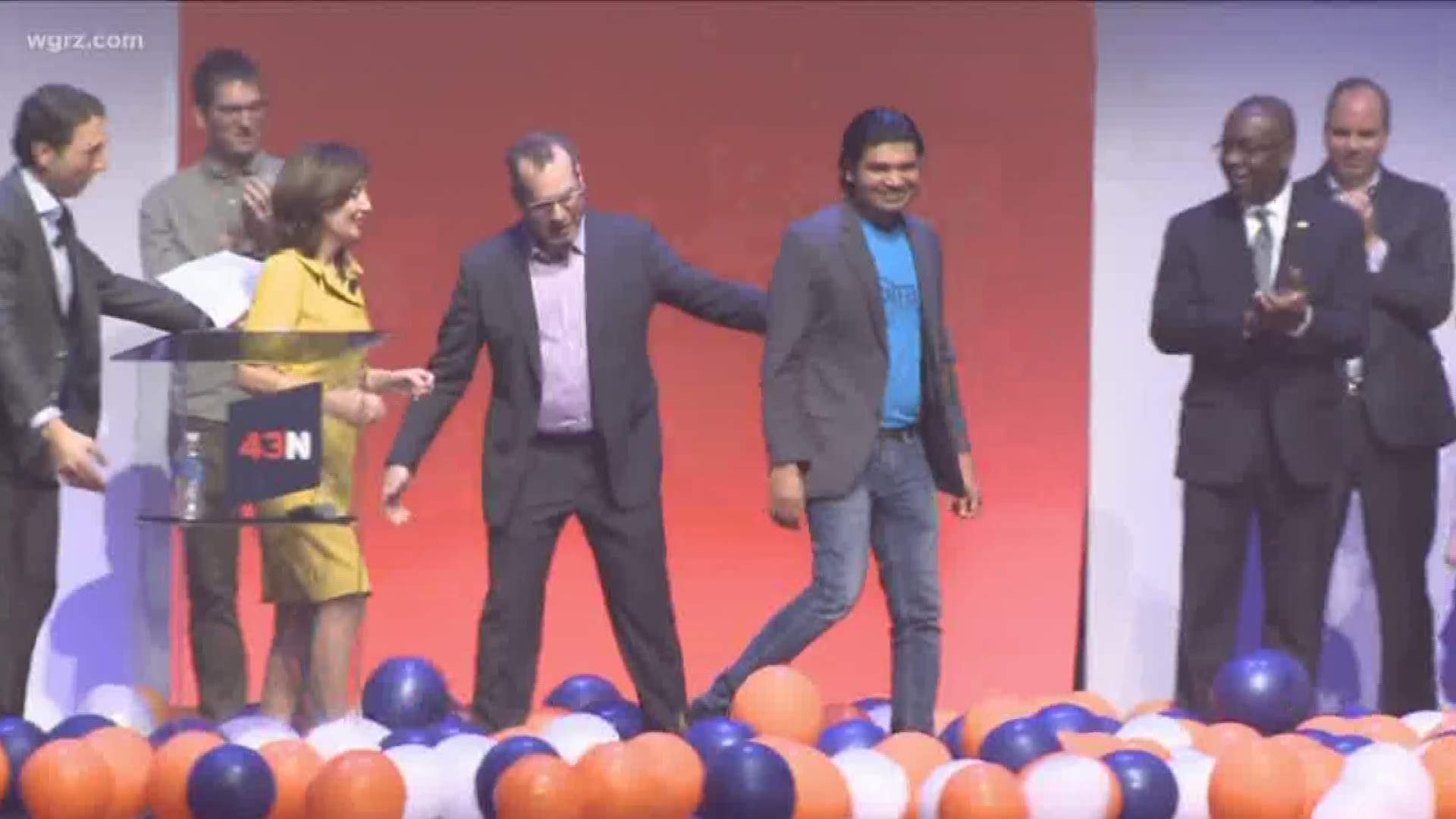 Strayos was picked among the 10 finalists who offered their pitches to judges. The company is a 3D visual intelligence platform for the mining and infrastructure industry.

In addition to the money, winners receive free space in 43North's new incubator in Seneca One Tower downtown.

"With hundreds of new jobs and tens of millions in venture capital raised, the 43North Competition has proven to be a major success and a key part of our overall economic development strategy," Lieutenant Governor Kathy Hochul said. "With today's winners, there are now over 50 companies in the 43North portfolio, creating good paying jobs and fostering innovation in Buffalo. 43North is the centerpiece of our mission to cultivate startup talent and make real progress toward a brighter future for our regional and statewide economies."

In July, Governor Andrew Cuomo says the companies aided by the 43North business competition hit a major milestone by creating more than 520 jobs.

The 43North competition launched in 2014, aiming to promote Buffalo as a place for high-tech startups to do business.

In August, 43North received a $1.5 million grant from Empire State Development to move its headquarters into Seneca One Tower.

It will join M&T Bank, which will be housed there starting in 2020. The company wants to be surrounded by other tech professionals.

RELATED: 43North gets grant to move headquarters into Seneca One Tower