Catholic Health says there is 'no sense of urgency' by workers to end the strike. U.S. Rep. Alexandria Ocasio-Cortez stopped by Saturday to support the workers. 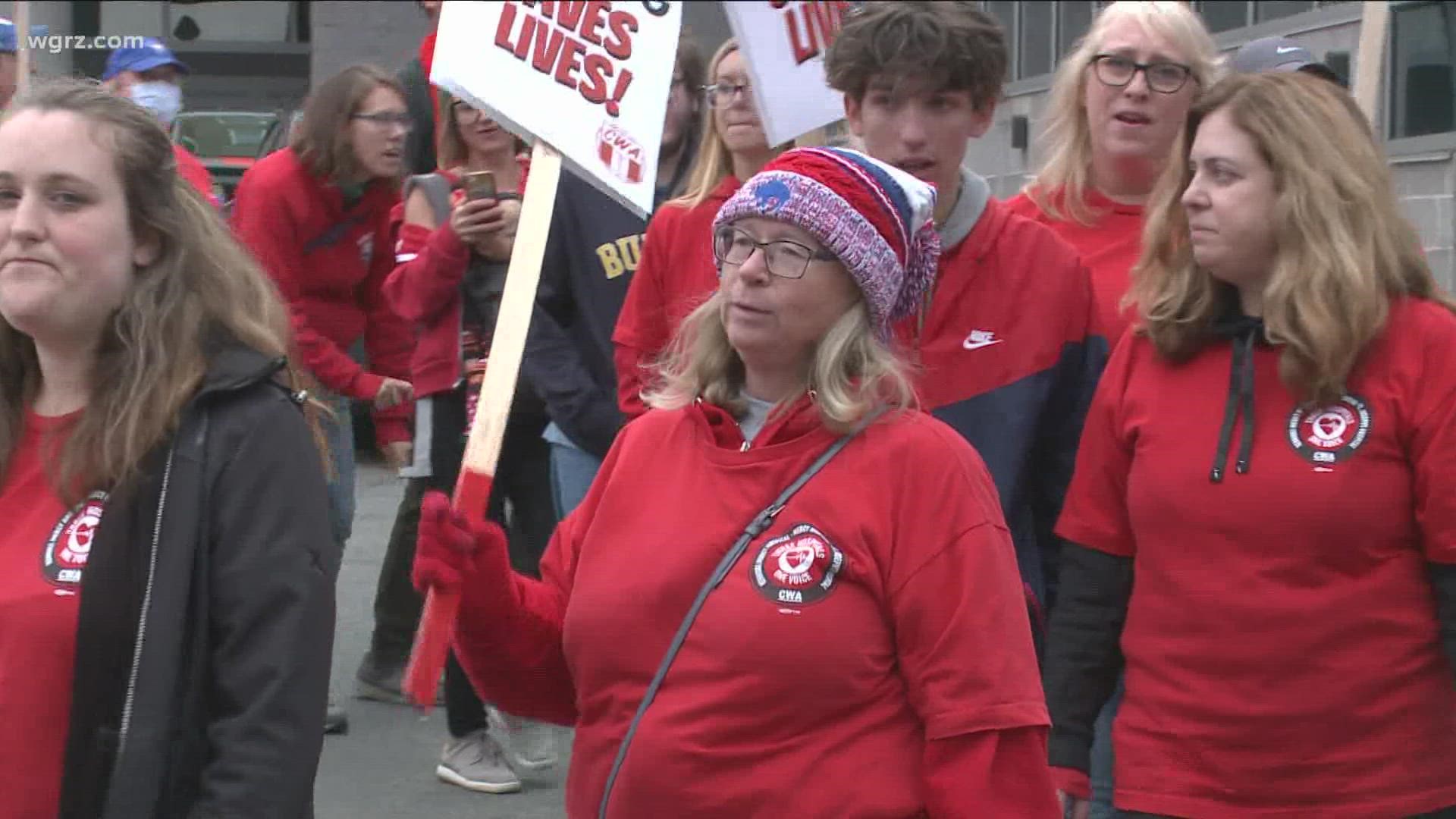 BUFFALO, N.Y. — Saturday marked the beginning of the fourth week of the Mercy Hospital strike in South Buffalo.

The workers on the picket line got some big supporters this weekend. U.S. Rep. Alexandria Ocasio-Cortez stopped to support India Walton in the morning, then joined the picket line in the afternoon. Deputy State Senate Majority Leader Michael Gianaris also attended.

Catholic Health issued a statement on Saturday, saying there was "no sense of urgency" by the union that represents the workers to end the strike.

"Catholic Health shares the sentiments of our community, patients, and families – we want our associates back at Mercy Hospital," Catholic Health spokeswoman JoAnn Cavanaugh said in a statement. "The longer the strike goes on, however, we will need to consider all of our options."

Catholic Health said nearly 50 hospital nurses have resigned since the strike began, including more than a dozen in the intensive care unit, adding that they also renewed their contract with Huffmaster, the agency that's providing replacement workers during the strike.

This loss of staff, particularly in difficult-to-recruit positions, will only exacerbate the staffing challenges the parties have been trying to resolve in negotiations," Cavanaugh said.

Other hospitals have had to pick up the slack,  but are already under tough circumstances due to COVID-19.

The Erie County Medical Center has seen record-high admission numbers. The trauma center's emergency room is extremely limited when it comes to bed space and wait times are getting longer and longer. In an effort to help with staffing shortages, ECMC is mitigating services like in-patient elective surgeries.

CEO Bob Nesselbush sent out a memo to staff via email last week thanking them for their perseverance and patience, but he didn't shy away from being transparent about how the Mercy Hospital strike is impacting things.