Gov. Andrew Cuomo gave counties in the area the go-ahead on Friday. 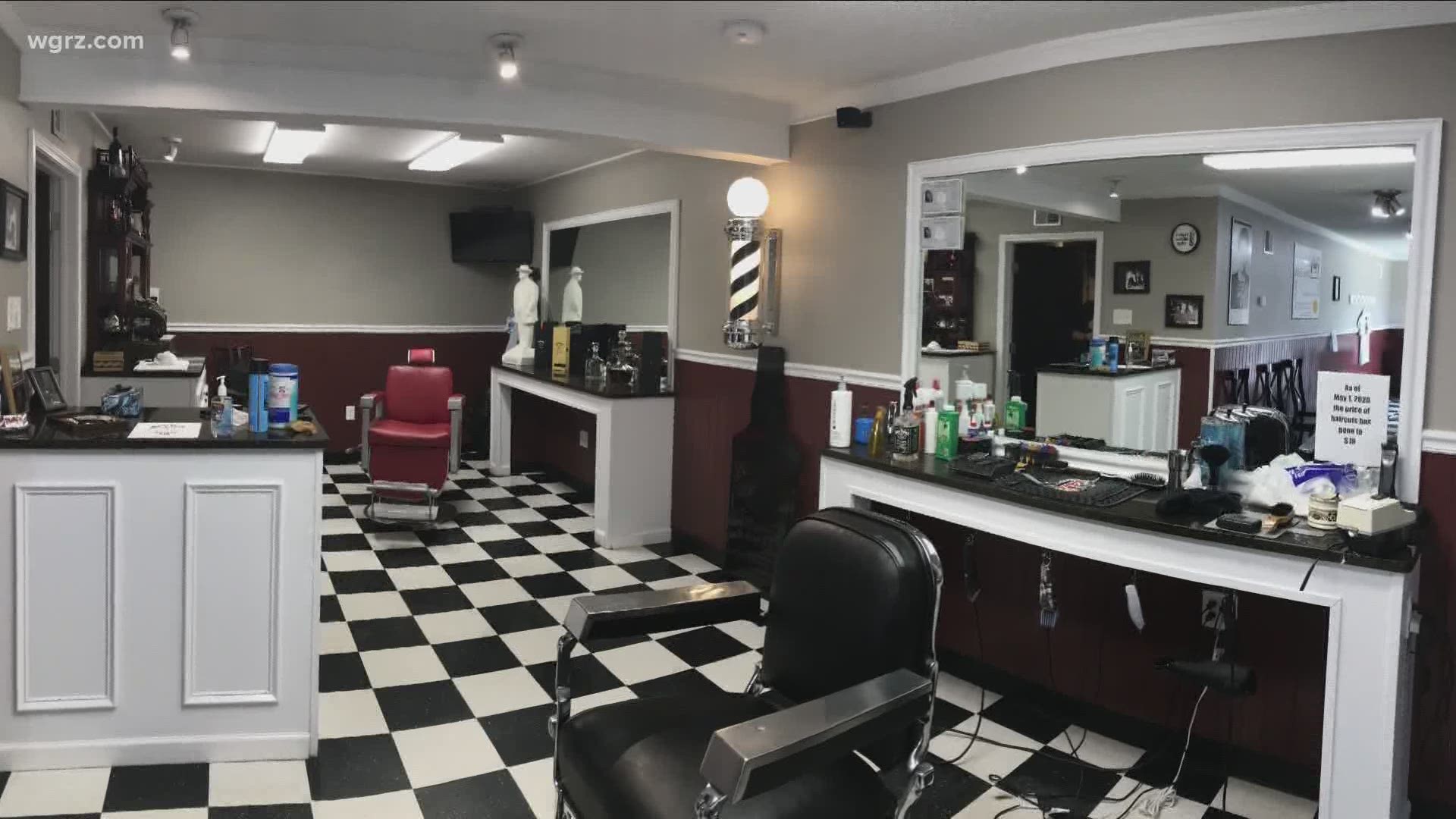 BATAVIA, N.Y. — Governor Andrew Cuomo says New York City will reopen on June 8, and the number of total cases, deaths and hospitalizations are on the decline. The Finger Lakes region was eligible for Phase Two on Friday.

Saturday was the first time some of those businesses opened their doors back up. Some of them are back open for business with extended hours. One of them includes Philly's Barber Shop.

"Come into work as early as you can get here and you cut hair as long as you can stand," said Greg Phillips, Philly Barber Shop owner.

That's how Phillips is operating his barber shop now that it's back open, day one has been nothing short of busy.

"It was really difficult to cut hair today because of the amount of time I spent answering the phone," Phillips said. "Actually the phone is ringing right now."

With everyone trying to get a haircut, he asks that people be patient with their hairstylist of barber.

A couple blocks over in Batavia is Adam Miller Toy & Bicycle. The shop has two sections.

The toy store will finally reopen as part of Phase Two on Monday. Though the shop's owner John Roche says his store has already lost some business from easter basket shopping, family gatherings and graduations.

"Hopefully we'll get some of that back," Roche said. "I just don't see it happening 100 percent. I think people are still going to be hesitant to go out, especially the older people who really gotta watch out for their health."

Meanwhile other Western New York counties such as Chautauqua County aren't eligible for phase two until June 2 at the earliest.

The group "Restore Constitutional Freedom in New York" held another protest in Jamestown to show Governor Cuomo they don't agree with his approach in reopening the state. Organizers say because each county in the state is so diverse, the governor should let the decisions be made on a local level.

"(Chautauqua County is) very rural, very sparse. We just don't think it works at that level," said Gerrit Cain with Restore Constitutional Freedom in NY. "Local business owners, customers and county officials locally can make the decision and can kind of steer the ship more than a top down from Albany type thing."

RELATED: Code-19 shelters will be open Saturday and Sunday