The internet retail giant pulled out of Project Olive, a planned mega project on Grand Island that was met with community opposition. 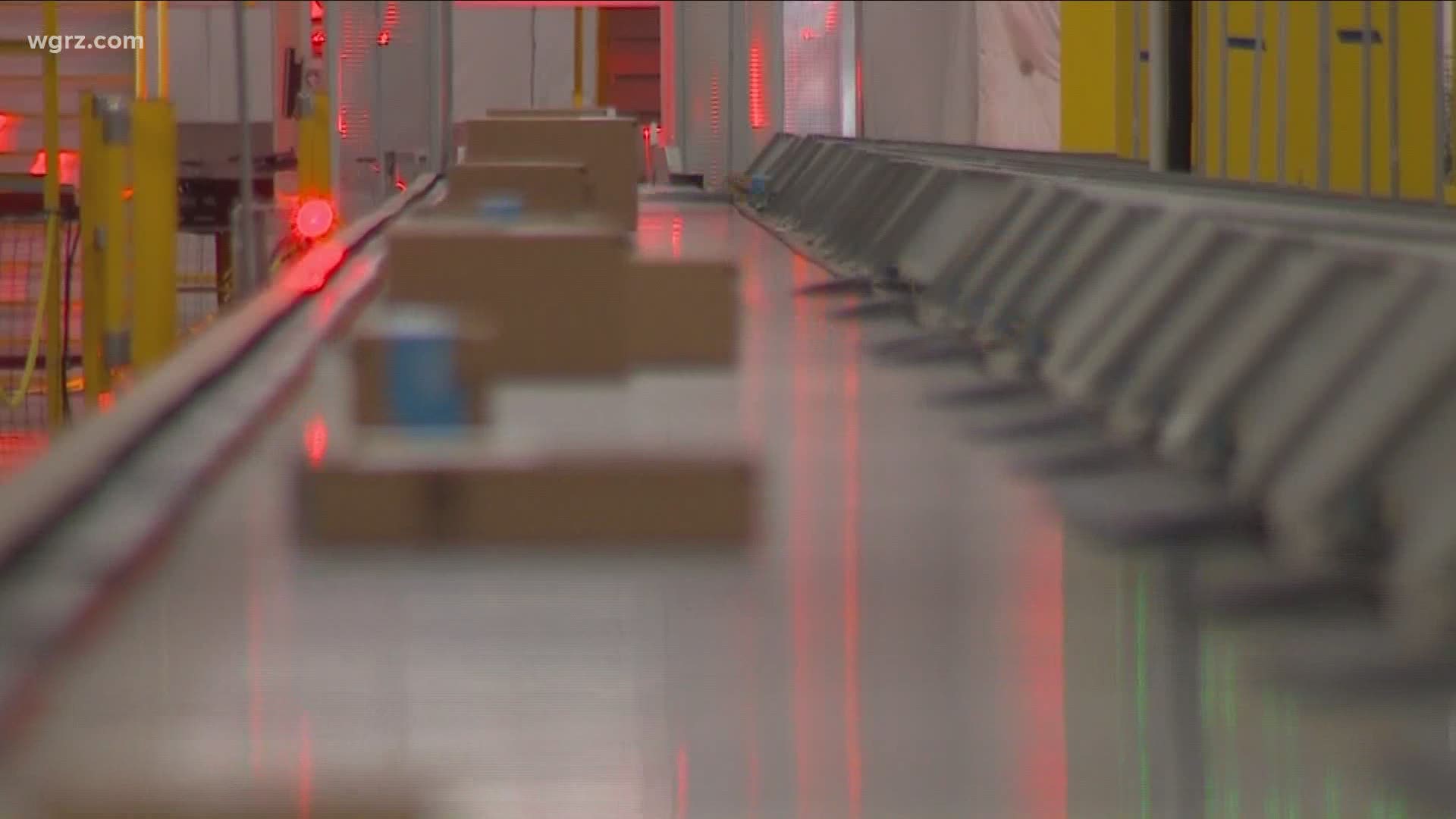 BUFFALO, N.Y. — A decision by internet retail giant Amazon to pull out of a proposed mega-project on Grand Island might not mean it will never come to pass in Western New York, if a suitable location can be found.

In a statement, Amazon indicated that while Grand Island and Erie County are not being considered right now, the Western New York region still is.

And in the region, there are plenty of other takers interested in landing the project.

Chautauqua County executive Paul Wendel said his county’s IDA wasted no time in reaching out to Trammel Crow, the company representing Amazon, in its endeavor to build the massive warehouse and distribution center, with the allure of 1,000 jobs and millions in tax revenue.

He says Amazon will be looking at two sites in the county.

“One of them is a 120-acre site just off of Interstate 90 in the town of Ripley, and another is a large parcel in the Mason Industrial Park in the town of Ellicott,” Wendel said.

“They just put in infrastructure upgrades including sewers. … They have a Loves Service Center and truck stop coming in, which would provide a fuel center, and the Ripley exit of the Thruway isn’t overly utilized, so it would almost be like the facility could have its own exit form Interstate 90,” Wendel said. 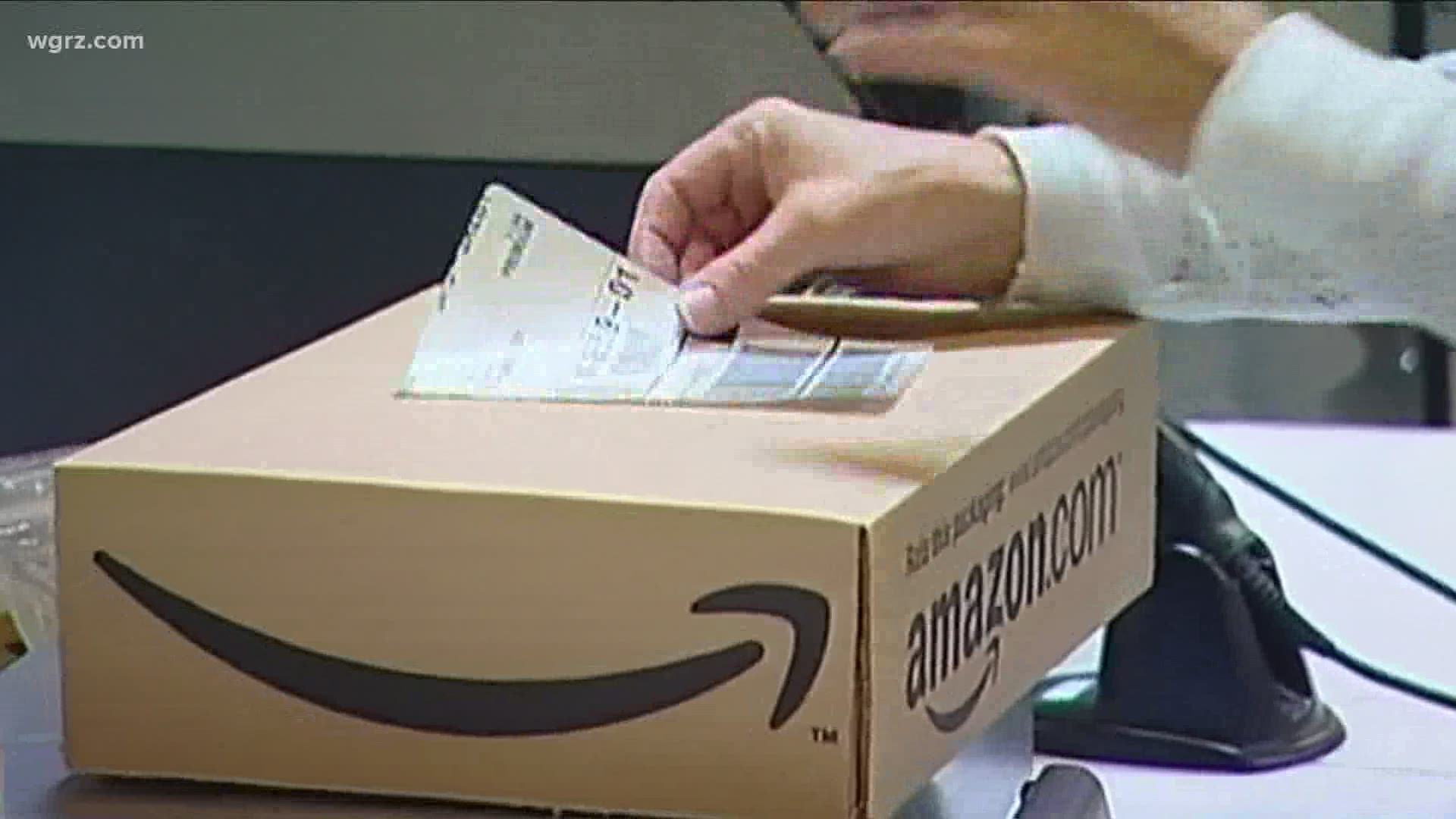 And you wouldn’t need to travel very far, in fact, just on the other side of it, to find more interest in landing the project.

“I would love to see that in our community, and I’m eager to talk with representatives of the company about it,” said Niagara Falls Mayor Robert Restaino, who told WGRZ that officials with the Niagara County Industrial Development Agency have stepped up their efforts to engage Amazon in talks.

Restaino says there is plenty of vacant, city owned parcels in Niagara Falls that, when combined with adjacent privately held properties, could accommodate a project of the size and scope being proposed.

And while Restaino would like nothing more than to see it within the city, he says he would support its location anywhere in western Niagara County because city residents would still benefit from the prospect of nearby jobs.

“The jobs associated with a project like this would spill over into surrounding communities,” said Restaino, who believes the area has a lot to offer Amazon as well. 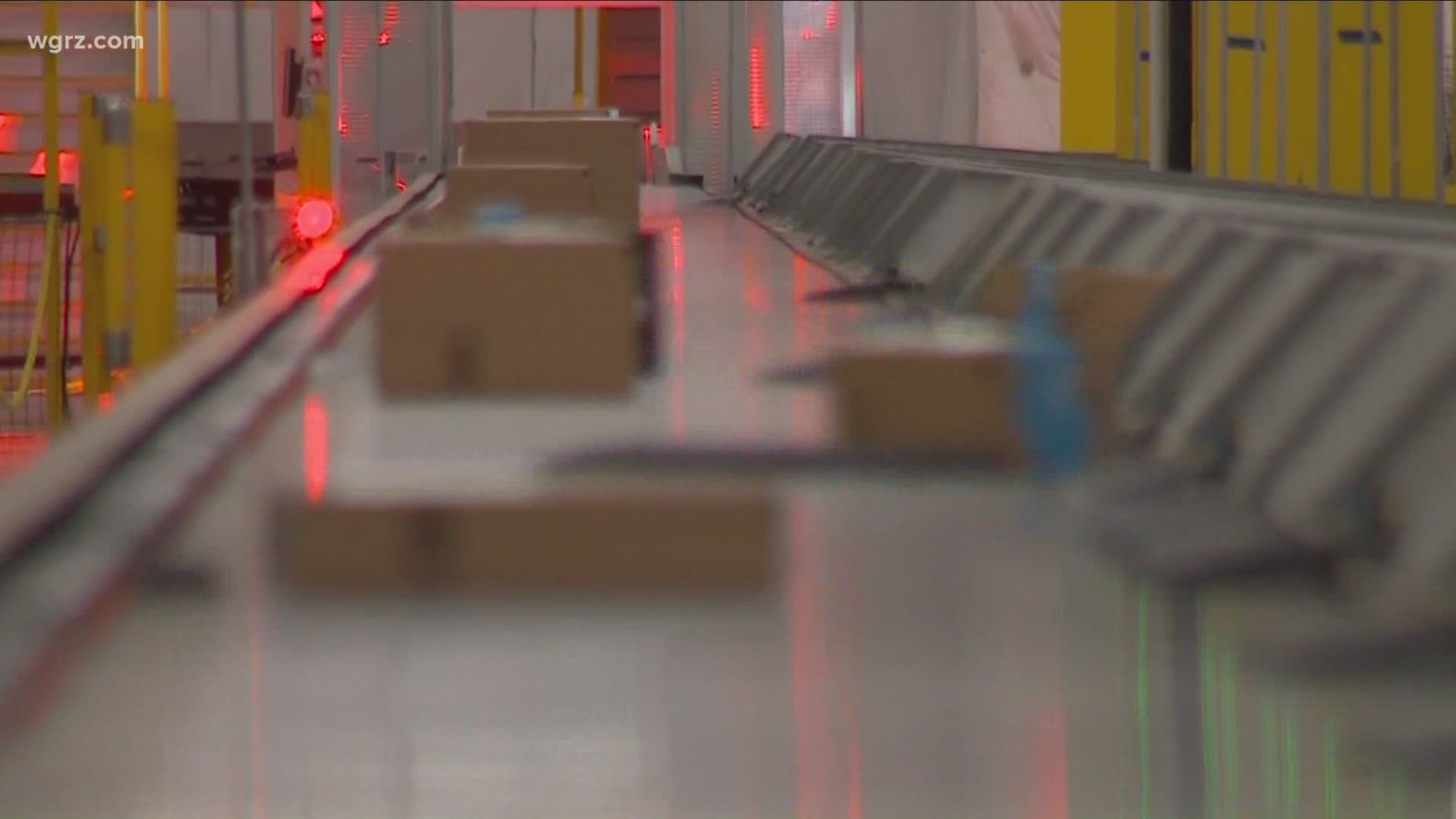 To the east, Genesee County has the Science and Technology Advanced Manufacturing Park or “STAMP,” boasting more than 1,200 acres in the town of Alabama.

It’s a place that the Cuomo Administration has spent $33 million preparing over nearly the past decade as a shovel ready mega-site in the hopes of luring semiconductor and solar energy firms.

However, despite all that time and money, and Gov. Andrew Cuomo’s once lofty predictions of an industrial park with 10,000 jobs, nothing has been developed there to date.

When the Amazon Grand Island project was put on hold several weeks ago, 2 On Your Side reached out to Christopher J. Suozzi, Vice President of Business Development for the Genesee County Industrial Development Agency, who told us that to his knowledge there had been no discussions about Amazon coming to STAMP.

Our call placed to Suozzi early Thursday afternoon, to inquire if there have been conversations since then, has yet to be returned.

When asked about the latest developments regarding the Amazon Grand Island project on Thursday morning, the normally talkative U.S. Senator Chuck Schumer was uncharacteristically short in his response, telling reporters, “I don’t have any information so I’m not going to comment.”

Newly elected U.S. Rep Chris Jacobs, who represents New York’s 27th Congressional District, which encompasses a wide swath of Western New York, told WGRZ-TV that he has not spoken to anyone regarding the possibility of the project remaining in the region, but said, “I would certainly do anything I can to help something transpire, because 1,000 jobs is incredibly significant to this region.”

Recently, the Cattaraugus County Industrial Development agency says it's been reaching out to Amazon about bringing it there, saying it would be a perfect fit because of the workforce and highway system.